Kirsten Gillibrand defends her decision to speak out against Al Franken: “I do not have any regrets” 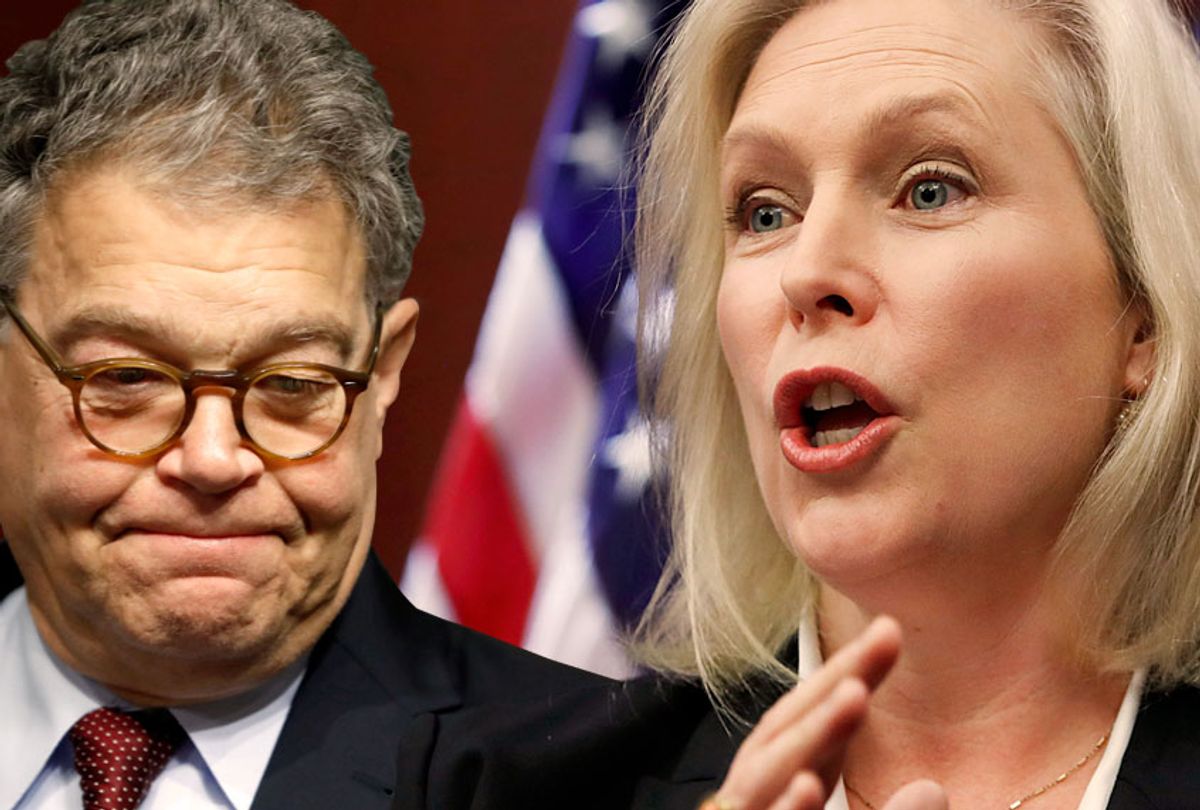 Sen. Kirsten Gillibrand, D-N.Y., has made it clear that she does not regret pressuring Sen. Al Franken, D-Minn., to resign in 2017 following multiple accusations of sexual impropriety. The presidential candidate’s comments followed a viral article by Jane Mayer published Monday in the New Yorker.

"The truth is: Yes, I would stand by those eight women today," Gillibrand told Mic in a town hall event Monday. "Because they have a right to be heard. They have the right to tell their truth. Especially if they are not being believed, or ignored or listened to — and if the person they are speaking out against is a powerful man. My job is to lift up those voices not being heard and to at least demand some measure of accountability."

Gillibrand argued that she had called for Franken's resignation even though she knew there would be no reward for her decision. She was the first senator to do so.

"There is no prize for someone who tries to hold accountable a powerful man who is good at his day job. But we should have the courage to do it, anyway," Gillibrand said. “So, no. I do not have any regrets.”

The senator from New York also criticized the recent New Yorker article by Mayer for its focus on discrediting the former model Leeann Tweeden, the first woman to accuse Franken — even though there were seven others followed in her footsteps.

"It only talked about one allegation . . . But what about the seven other allegations?” Gillibrand asked. “There was really no critical or investigative journalism or reporting on the other seven — and that certainly causes me pause.”

She added, "It was eight allegations — credible allegations, documented in real time at the time they were committed and corroborated by investigative journalists."

In the end, Gillibrand argued that Franken’s decision over whether or not to resign rested solely with him, and he alone was responsible for his actions.

Now a presidential candidate, Gillibrand said her only responsibility was how she chose to use her voice.

"My only decision was whether or not I chose to remain silent. My decision was whether or not I carry his water and defend him with my silence. I am a mother of boys. As a senator who has . . . led and passed a unanimous bill that changed how we deal with sexual harassment in Congress,” Gillibrand said. “I did not want to be silent. I wanted to stand by those eight women.”

Salon's Amanda Marcotte was scathing in her appraisal of Mayer's article, describing a series of "frankly hackish tricks”:

First, she buries the supporting evidence, spending many pages detailing Tweeden's unreliability before even touching on the details of the other accusations. Then she introduces the possibility that it was all just a misunderstanding, dedicating heavy amounts of attention to claims that "Franken could be physically obtuse," and that he swings his arms too much and chews with his mouth open, and planting the idea that the women were simply overreacting to Franken's awkwardness. She compares him to Joe Biden, who has been accused of being too familiar but not, unlike Franken, of groping.

She even quotes an aide saying, "There’s a difference between molesting someone and being friendly."