Robert Mueller was terse, indirect and reluctant. That's exactly why Congress must begin an impeachment inquiry 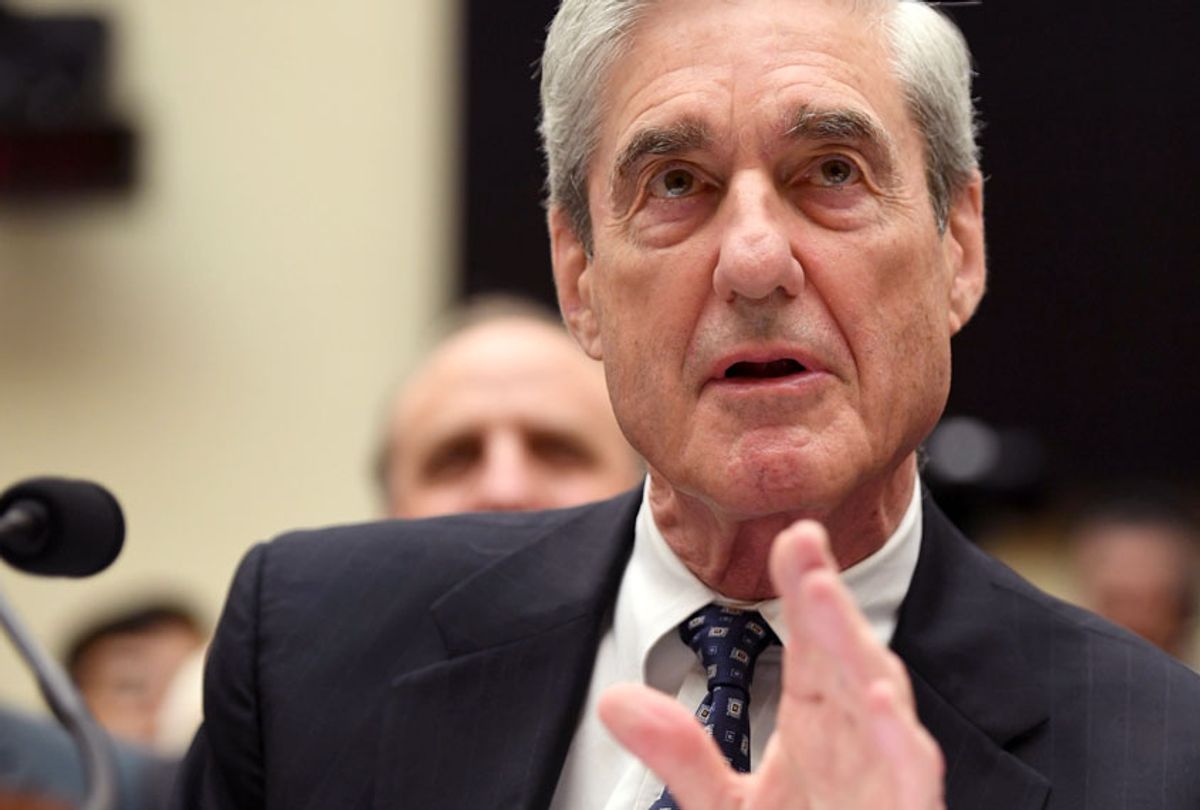 In his opening statement at Wednesday morning's hearing before the House Judiciary Committee hearing, former special counsel Robert Mueller made it clear he was not happy about having to testify.

"It is unusual for a prosecutor to testify about a criminal investigation," Mueller said, in his lawyerly manner, "and given my role as a prosecutor, there are reasons why my testimony will necessarily be limited."

During the morning portion of the hearing, the one thing Mueller was able to prove beyond a shadow of a doubt was the wisdom of this argument. Democrats did about as good a job as possible, under the circumstances, of using their time to highlight the true horrors lurking inside the Mueller report that most Americans have not read. But the proceedings lacked a certain dramatic interest to help bolster those findings. And that goes straight to Mueller's implicit argument: The people sitting in his chair should be actual material witnesses to President Trump's criminal conduct, not a prosecutor.

In other words, Mueller, while saying little, made a compelling case for beginning an impeachment inquiry.

It's been clear for months that Mueller thinks the House should take the stunning amounts of evidence of Trump's criminality from his report and use it to move toward impeachment.

It's clear from the language of the Mueller report itself, which notes that indicting a sitting president could "potentially preempt constitutional processes for addressing presidential misconduct," which is an obvious lawyerly euphemism for "impeachment".

It was clear in Mueller's one public statement on his investigation prior to this hearing, when he said the Justice Department's opinion "says that the Constitution requires a process other than the criminal justice system to formally accuse a sitting president of wrongdoing."

Many folks, including myself, have argued that the best thing Mueller could do during this hearing is simply to read out loud from his own report, which is hair-curling in its accumulation of evidence of Trump's criminality and corruption. Mueller made it quite clear during his testimony that he wasn't going to do that. Instead, he sat there while Democratic committee members, one after another, read chunks of the report out loud  that illustrated the extent of Trump's apparent crimes — mostly obstruction of justice — while Mueller simply responded with expressions like "yes" and "correct" and "that would be accurate."

Democrats on the committee did about the best they could, under the circumstances. They were organized and largely avoided grandstanding, instead focusing on making sure that numerous highlights of the report were read out loud.

There's also no doubt that the proceedings were boring and hard to follow. Watching it, it was hard to avoid the conclusion that, instead of listening to Democrats questioning Mueller about his questioning of witnesses — and hearing his terse non-answers —, it would be much, much better for Democrats to question those witnesses themselves. These are the witnesses, of course, who have not yet testified before Congress because Trump has successfully blocked all congressional subpoenas, which don't have the force of an impeachment inquiry behind them.

That isn't to say that Democrats didn't get some interesting comments from Mueller. But what did emerge ended up offering even more evidence that impeachment is the only remedy at hand to hold Trump accountable for his likely crimes.

Committee chair Rep. Jerry Nadler, D-N.Y., got Mueller to conclusively say that Trump had not been exonerated and, in fact, "could be prosecuted for obstruction of justice crimes after he leaves office."

The fact that the only thing between Trump and federal criminal charges for obstruction of justice is the DOJ rule against indicting a sitting president — which means that Trump needs to be removed from office before he can be charged — became the centerpiece of the morning's hearing. Democrats repeatedly asked Mueller if the DOJ rule was the reason he did not respond to the evidence collected by indicting Trump. Mueller repeatedly affirmed that this was true.

Republicans, when they weren't peddling bonkers conspiracy theories about the "deep state" or suggesting that Trump himself was somehow the target of a Russian conspiracy, strove mightily to confuse the issue of why Trump himself has not been indicted. Their principal and somewhat strange strategy was to act outraged that Mueller hadn't indicted Trump yet, and to suggest therefore that there was no crime here and that Mueller's only purpose was "fishing" for information to embarrass the president for political ends. Their main tools to stoke this theory were raised voices, grandstanding, and constant interruptions whenever Mueller tried to point out that he couldn't indict Trump because of the DOJ rule forbidding the indictment of a sitting president.

This strategy faltered most notably when Rep. Ken Buck, R-Colo., got way out over his own skis in trying to paint Mueller as unethical for throwing "a bunch of stuff up against the wall to see what would stick, which is fundamentally unfair." Mueller patiently reminded him that sitting presidents cannot be indicted.

Caught up in the moment, Buck retorted, "Could you charge the president with a crime after he left office?"

"Yes," Mueller replied, reminding all the Republicans why they shouldn't stray from their strategy of never asking Mueller a real question.

There were only two real takeaways from Wednesday morning's hearing. One of them is that Trump's actions would be enough to charge him with multiple felonies for obstruction of justice if he were not president. Second is that there's only one way to make sure the public understands this: Congress must hold public hearings grilling the very same witnesses that Mueller and his team interviewed during their investigation.

In other words, it's time to start impeachment hearings, so those witnesses can be heard directly and so the criminal nature of Trump's actions can be outlined boldly for the public.

That this hearing points directly at impeachment was clearly understood by Rep. Mike Johnson, R-La., the Republican "closer." Toward the end of the hearing, he abruptly interjected, "Was the point of this hearing to get Mr. Mueller to recommend impeachment?"

Nadler dismissed the question as out of order, but it's understandable that Johnson would ask this. There's no way that Mueller is going to break the rules of his commission and actually recommend impeachment. But watching this hearing made quite clear that if there is any hope of holding Trump accountable, or exposing how much Republicans are covering for his criminality, impeachment is the only way forward. Let's hope Speaker Nancy Pelosi, who has blocked the road to impeachment ever since Democrats won a House majority, allows herself to see it.