Warren publicly disagrees with Pelosi on impeachment: "My view is some things are above politics"

“Every single person in Congress should be called on to vote and then to live with that vote," Warren added 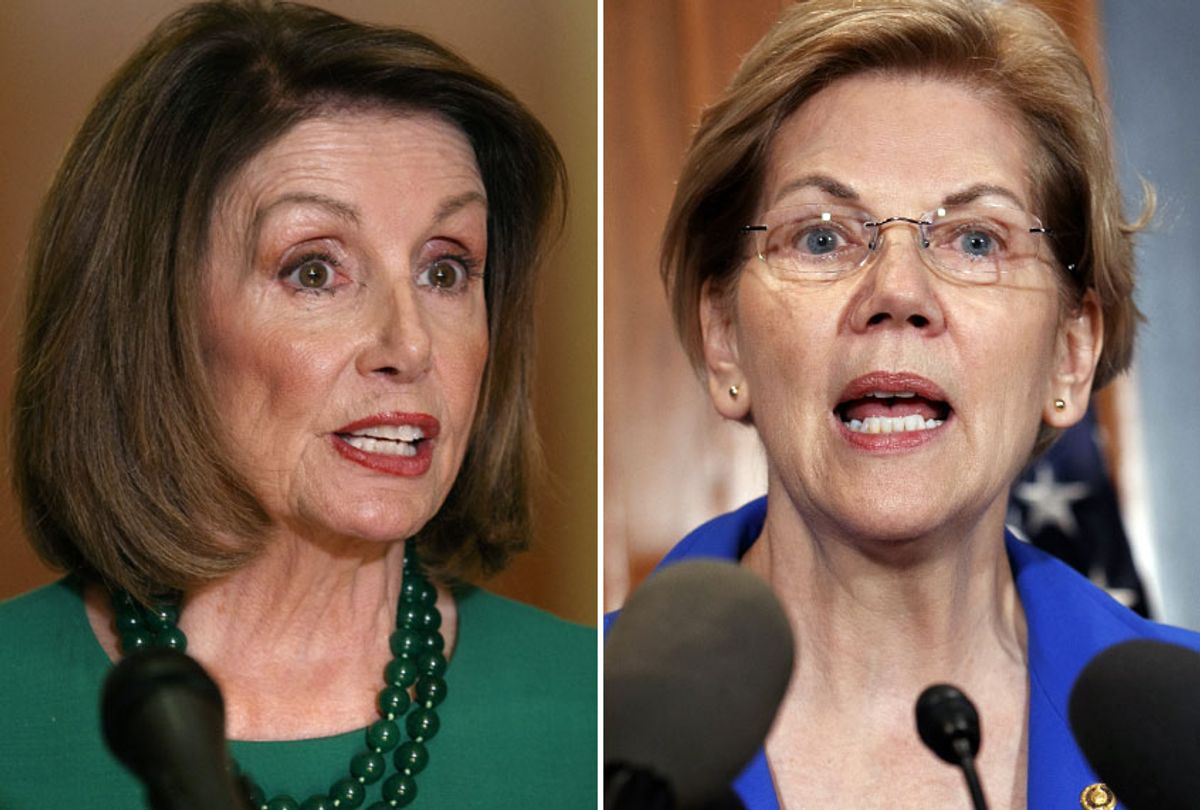 Sen. Elizabeth Warren, D-Mass., publicly disagreed with Speaker of the House Nancy Pelosi on whether Democrats should proceed with impeachment proceedings against President Donald Trump at an NAACP forum in Detroit.

“What say you about that? Particularly because Nancy Pelosi, speaker of the House, is not for impeachment right now,” journalist April Ryan reportedly asked Warren at an NAACP forum in Detroit.

"I understand that there are people who for political reasons say it's not where we want to be, but my view is some things are above politics," Warren responded.

The Democratic presidential candidate summed up the severity of the issue when she added that “every single person in Congress should be called on to vote and then to live with that vote for the rest of their lives."

The NAACP voted Tuesday in support of a resolution calling for Trump to be impeached.

"Today, @NAACP voted to move forward with a resolution to initiate @realDonaldTrump’s impeachment at the 110th #NAACPConvention,"Derrick Johnson, the president and CEO of the the organization, tweeted. "Trump’s misconduct is unmistakable and has proven time and time again, that he is unfit to serve as the president of this country."

Warren herself distinguished her presidential campaign by becoming the first candidate to publicly call for Trump's impeachment. In April, she tweeted in a series of posts that "the Mueller report lays out facts showing that a hostile foreign government attacked our 2016 election to help Donald Trump and Donald Trump welcomed that help. Once elected, Donald Trump obstructed the investigation into that attack. Mueller put the next step in the hands of Congress: 'Congress has authority to prohibit a President’s corrupt use of his authority in order to protect the integrity of the administration of justice.' The correct process for exercising that authority is impeachment."

She added, "To ignore a President’s repeated efforts to obstruct an investigation into his own disloyal behavior would inflict great and lasting damage on this country, and it would suggest that both the current and future Presidents would be free to abuse their power in similar ways. The severity of this misconduct demands that elected officials in both parties set aside political considerations and do their constitutional duty. That means the House should initiate impeachment proceedings against the President of the United States."

She later elaborated to MSNBC host Rachel Maddow that "the report is absolutely clear that a foreign government attacked our electoral system to help Donald Trump. He welcomed that help. And then when it was investigated by our own federal authorities, Donald Trump took multiple steps to try to obstruct justice."

"This is not about politics. This isn’t even specifically about Donald Trump himself," Warren added. "It is about what a president of the United States should be able to do and what the role of Congress is."