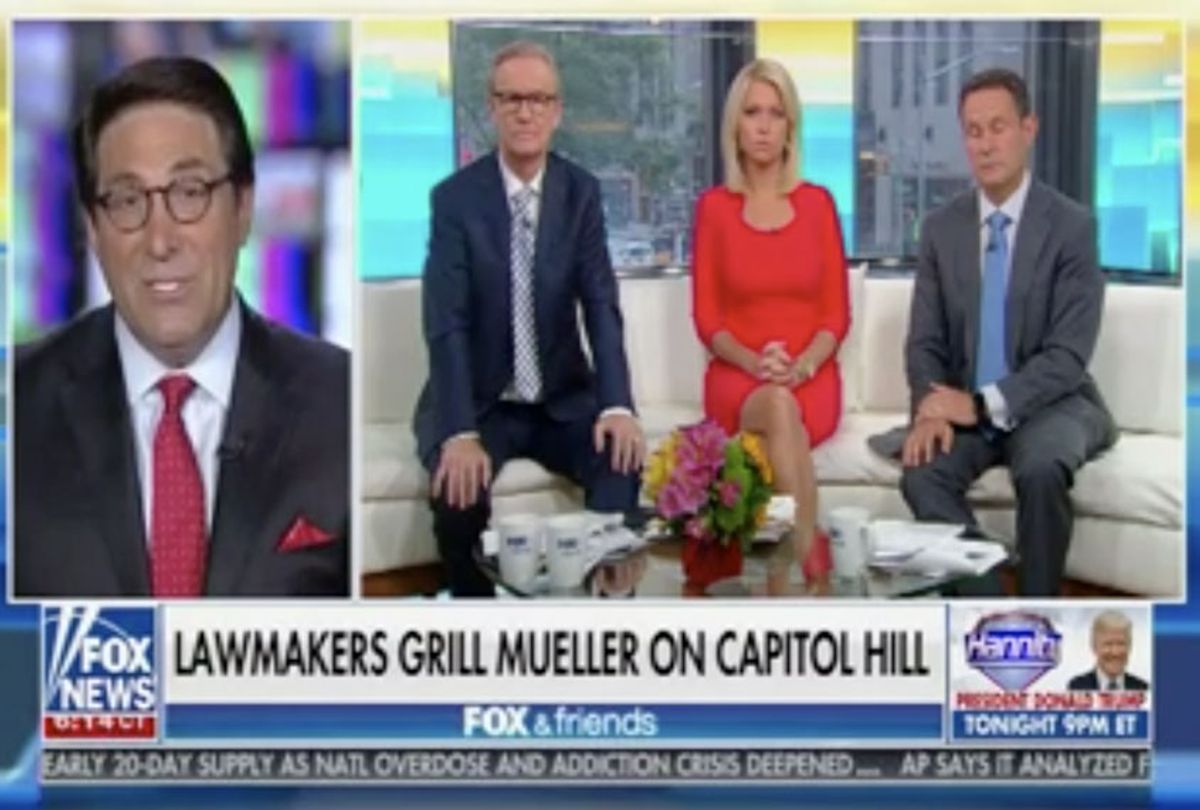 The hosts of "Fox & Friends" invited guests on Thursday morning who predicted the Mueller hearings helped President Donald Trump get re-elected in 2020.

"And I think it probably did more to help cement the re-election of Trump than anything we've seen in a long time," Huckabee added.

Similarly, former House Speaker Newt Gingrich told the "Fox & Friends" hosts, "I think the fact is that the president is in a pretty good position to be re-elected, and every time the Democrats have a debate, he gets to be in a better position."

Meanwhile, at the prompting of co-host Brian Kilmeade, Trump's personal lawyer, Jay Sekulow, discussed whether some of the individuals who allegedly "paid the price" during Mueller's probe should be pardoned.

He added, "But I will tell you something: There has been a lot of injustice here. I mean, this is — some of this is just outrageous. I mean, like George Papadopoulos goes to jail for 14 days. I mean, what is that like? Like an advanced traffic ticket in New York? I mean, this is — some of the things that went on here — and look, the irregularities of this investigation from the outset are disastrous. But Jerry Nadler let Bob Mueller testify yesterday, and after he asked to have Aaron Zebley there, you would have thought he would have said, 'Maybe this isn't such a good idea.'"

Kilmeade also defended the president's alleged obstruction as "Trump being Trump," arguing that Trump was merely defending himself from a probe that he believed would be partisan and unfair.

"I think you could sum up the obstruction part of the Mueller report: 'Trump being Trump,'" Kilmeade said. "Now picture this: You're wrongly accused — you know you didn't collude with Russia, which is revealed in the first part, and then you have 19 lawyers, all of which are on the record hating you, and very talented and loaded for bear. You have an entire group — Robert Mueller — with an endless budget, an open wallet to investigate you. Even if you didn't rob the bank, if they're going to investigate you for robbing the bank, you got to wonder, why are they questioning everyone around me about something I didn't do? And what does Trump do? He fights you every step of the way. The biggest reporter, the biggest anchor, the smallest outlet — if you say something wrong, he's going to call you out. And that's what this is."

Co-host Steve Doocy added, "I think you can sum up the obstruction part of it as the people who wrote the report said, 'They could not exonerate him.'"