Col. Kathryn Spletstoser says it is her “moral responsibility” to talk about alleged assault by Air Force general 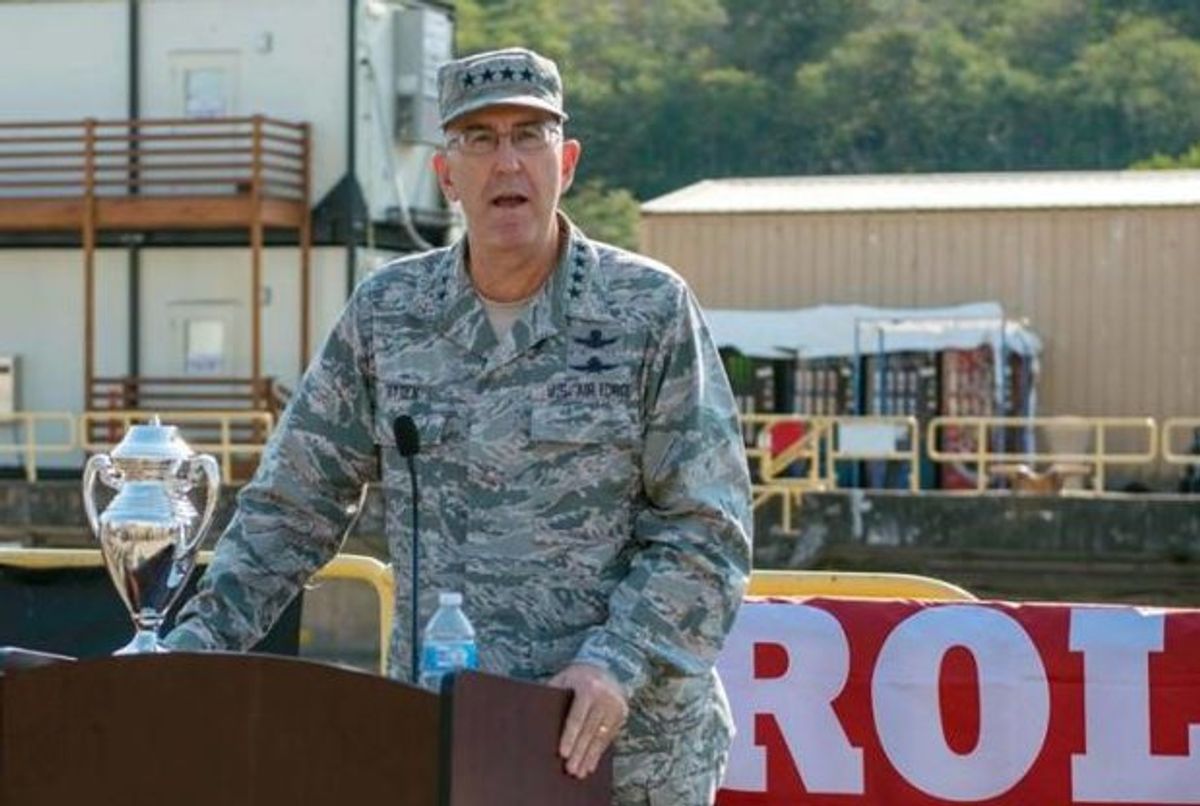 On Friday, The New York Times published an interview with Army Col. Kathryn Spletstoser, the woman accusing Air Force Gen. John Hyten — President Trump's nominee to be the vice chairman of the Joint Chiefs of Staff — of sexual assault.

Although the accusations against Hyten have been known for some time, this is the first time Spletstoser has agreed to be publicly identified in the case.

In her 28-year career, Spletstoser served two combat tours in Iraq and two in Afghanistan. She said in the Times interview that is her “moral responsibility” to come forward and talk about the alleged assault.

“I realized I have a moral responsibility to come forward,” Spletstoser said, once she learned about Hyten’s nomination to the No. 2 post in the U.S. military. “I could not live with myself if this happens to someone else, and I didn’t do anything to stop it.”

According to her account, the assault happened on the evening of Dec. 2, 2017. Hyten was her boss at the time. After a day at the annual Reagan National Defense Forum in California, Hyten allegedly knocked on her door and said he wanted to talk. He then, according to Spletstoser, reached for her hand while they were in her hotel room. She stood up, alarmed, which prompted him to stand up too. He then allegedly pulled her to him and kissed her on the lips. At this time, he pressed himself against her and ejaculated.

Prior to this alleged assault, according to Spletstoser's account, Hyten had tried to kiss her, hug her and touch her inappropriately on various occasions either in the office or on other work trips. She says she told him no, and threatened to tell his wife. He often apologized afterward, according to Spletstoser. After the alleged December assault in California, Hyten went to the bathroom for several minutes. When he came out he allegedly asked her if she was going to report him.

“I was distraught,” Spletstoser told the Times. But “who was I going to report it to? Secretary Mattis? Really? All I was trying to do was just survive and not have my life ruined.”

Trump nominated Hyten in April as vice chair of the Joint Chiefs. If confirmed, he would hold the second-highest post in the military hierarchy. Currently, as commander of U.S. Strategic Command, or USSTRATCOM, he oversees the country’s nuclear arsenal.

Hyten has denied Spletstoser’s allegations, according to the Times.

A Defense Department official discussed the investigation with Times reporters under the condition of anonymity, saying that the Air Force’s investigation into the allegations did not surface any supporting evidence, such as emails or text messages. The official said it would have been difficult for Hyten to enter Spletstoser’s room alone without his security guards noticing.

Earlier this week, both Hyten and Spletstoser testified privately before the Senate Armed Services Committee. Gen. James “Mike” Holmes, chief of Air Combat Command, reportedly looked into the accusations, but did not move the case to court-martial in June.  Holmes is junior to Hyten in the Air Force, which has raised concerns that his inquiry was not impartial.

In a letter on June 25, Sens. Elizabeth Warren, D-Mass., and Tammy Duckworth, D-Ill., wrote to Defense Secretary Mark Esper: “The severity of the allegations and the sensitivity and seniority of General Hyten’s billet demand that a senior officeholder — not a peer, and certainly not a peer who is junior in grade to General Hyten — should be the convening authority.”