When loving yourself means heavy cream and vanilla beans. 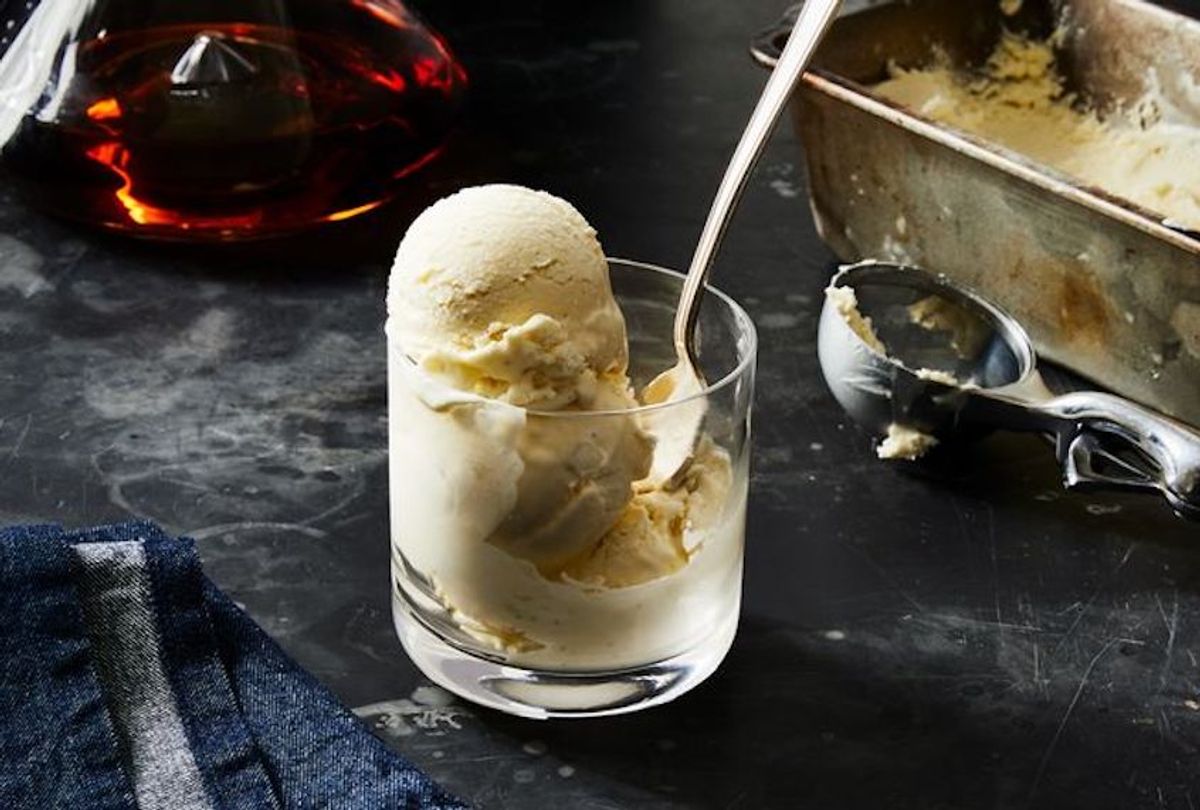 "Should we ever feel truly lonely if we never ate alone?" I pause at this line every time I reread it in my favorite novel by Christopher Isherwood, "A Single Man." (Tom Ford's film adaptation, starring leading man and total dreamboat Colin Firth, is also very good.)

The narrative follows a depressive literature professor, George, in the aftermath of his partner Jim's death. One of the most emphatic scenes for me is when he's standing in the grocery store alone, each shelved bottle, carton, and can a stabbing reminder of the meals they used to cook together.

Filled with nausea and rage, he ditches the snug, solo evening he had planned for himself ("fixing the food he has bought, then lying down on the couch beside the bookcase and reading himself slowly sleepy") to instead dance, dine, and drink Scotch with his bestie Charley (played by Julianne Moore), who cooks them both a stew.

"The stew turned out quite a success," George narrates, "though not noticeably different from all Charlotte's other stews."

Too often we singletons at home have to act as if there aren't nights when we would much rather have a drink with a friend and sob into their arms uncontrollably. But were we to have the option between sitting to dinner with a loved one and by ourselves in front of the television, I wonder how many of us, truly, would choose the latter?

It's not that we can never find pleasure in the "absolutely convincing and charming scene of domestic contentment" that involves cooking for ourselves and dining alone. It's that this kind of solitude comes out of a negation, like a lost love, and resolute survival in spite of that negation.

Convincing is the keyword here. It's all an act.

Sure, after a lifetime of being alone on this earth, there are nights when I am perfectly happy to be with myself and a bowl of stew. I've dedicated an entire column to it. But there are nights, too, when I'm forced to confront my loneliness, when I realize how much of my day-to-day may actually be an affront, an infantilizing lie to the outside world. This kind of lie helps to convince everyone (especially myself) of my unending happiness with life just as it is.

A friend of mine the other day told me about a first date she went on, where both parties felt stuck, forced to prolong the night just because they had mutually agreed to sit at a dive bar together for hours. She went home alone, starving, and stopped at an Artichoke Pizza for a vodka slice. Something clicked for her in that moment: If eating pizza by herself was more enjoyable than being with another human being, then why the hell do we so often choose the latter?

Maybe because there's always that slight chance we might voluntarily want to stay at that bar for longer. Maybe because we know that the double Scotch could evolve into a real dinner, and if we're lucky, that dinner could turn into a few more.

Fortunately for us loners, the truth of the matter is that most nights aren't like George's breakdown in the grocery store. Most nights just...are.

Like when I come home after work, I find great comfort in the normalcy. Every night I bend my face down so my pup Quentin can lick it (I once read that this increases serotonin levels in dogs). Then I throw some kibble into her bowl, put on the water for a hot bath, and pour myself a glass of Scotch. I rarely veer from this routine.

And for nights when even routine isn't enough and I'm in need of more insulation from life's stresses, there's always the quart container of no-churn ice cream that's in my freezer at all times.

I never thought much of this recipe because it's just something I happen to make whenever I have leftover cream in the fridge. But it is incredibly useful not just for its one-step magic (like Nigella Lawson's coffee ice cream, you need only to whisk together the ingredients to soft peaks, then turn into a vessel to freeze), but also for its versatility (over chocolate lava cakes, with pie, in a root beer float, or affogato).

It's nice, as well, to know that I'm never more than a step away from ice cream — for whenever that craving hits.

I'll admit that the vanilla bean here is the only ingredient that's a bit difficult to source. Could you use a teaspoon or two of extract in its place? Sure, of course. But it is worth it, I promise, especially when there are only four ingredients, no eggs (no sweetened condensed milk either), and absolutely zero cooking whatsoever. 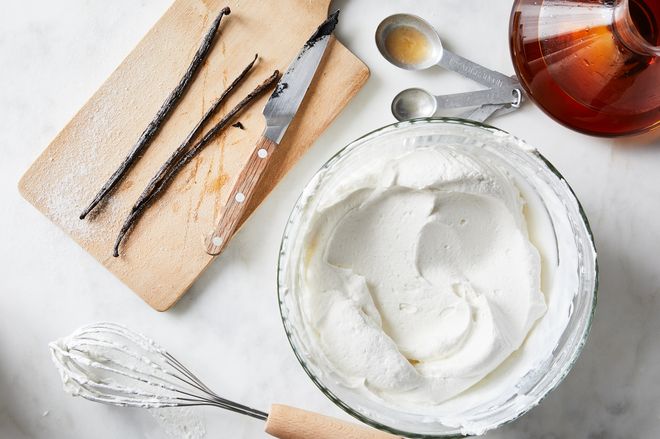 No churn, no problem. Photo by Bobbi Lin.

Each part needs to contribute to the whole, and the vanilla bean caviar is probably this recipe's most important ingredient — after the tablespoon of Scotch, which keeps the cream soft and voluptuous (because alcohol doesn't freeze). There is, too, the added bonus of the whisky's musky caramel flavor, which pairs beautifully with the vanilla.

No-churn ice cream with vanilla bean and Scotch is my gold standard for frozen dessert: It's creamier than you'd think (especially for a one-step recipe) and, for me, the absolute height of self-care.

It helps me forget that it's just me for the night, even if I'm still left with the aching question: Should we ever feel truly lonely if we never ate alone?

All I know is that, for now, I'm perfectly happy lying down on the couch beside my bookcase, Old Fashioned tumbler of ice cream in hand, reading myself slowly sleepy...

1. Whisk together the cream, sugar, vanilla seeds, Scotch, and salt until soft peaks form, and then turn into an air-tight quart container. Cover and freeze until firm, about 3 to 4 hours. Remove to thaw for 5 to 10 minutes before scooping (should be creamy, not hard).