Alcohol causes cancer. Should there be a warning label?

A number of consumer and public health groups have launched a campaign to put warning labels on bottles and cans. 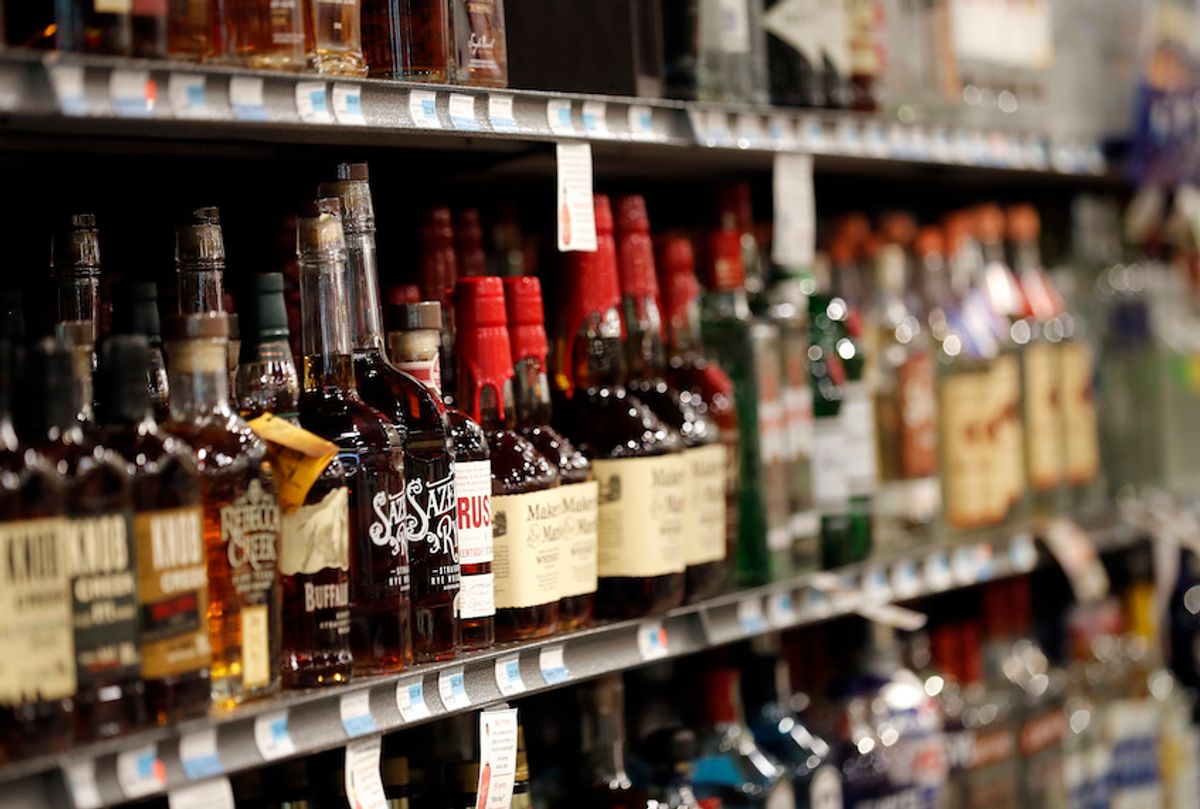 There is a broad scientific consensus that alcohol is a carcinogen, and that even moderate drinking increases one’s chances of getting cancer. But surveys show that most Americans remain unaware of that fact.

Now a coalition of consumer and public health groups have launched a long shot effort to put a cancer warning on alcohol bottles and cans. The groups, including the American Public Health Association and Center for Science in the Public Interest, made their appeal in a letter to Steve Mnuchin, secretary of the Treasury, which regulates taxation and labeling of alcoholic beverages.

“A lot of things that give you cancer out there, and alcohol is right at the top of the list,” said Thomas Gremillion, director of food policy at the Consumer Federation of America, who is leading the push for new warning labels. “I’m not advocating for alcohol to become illegal, or even to be treated like cigarettes. But people have the right to know accurate information about how alcohol effects their health.”

A 2018 study found that among avoidable risks, alcohol consumption was the third-highest cause of cancer, after cigarette smoking and excessive body weight. The study, published by CA: A Cancer Journal for Clinicians, found that among adults 30 and older, alcohol caused about 87,000 cancers in 2014, or about 5.6 percent of all cancers.

“Just because you drink doesn’t mean you’ll get cancer, but it is a risk,” said Dr. Nigel Brockton, vice president of research at the American Institute for Cancer Research. “It is a cause of cancer.”

According to the Centers for Disease Control and Prevention, alcohol consumption raises the risk of six different kinds of cancer, and even light consumption (less than one glass a day) heightens the risk of contracting esophageal and breast cancer. The Cancer Journal study found 39,000 breast cancer cases linked to alcohol in 2014. A 2016 Surgeon General’s report stated: “For breast cancer, studies have shown that even moderate drinking may increase the risk.”

Yet most Americans are unaware of alcohol’s carcinogenic risk. A 2017 telephone survey conducted by the American Institute for Cancer Research found that just 39 percent of respondents knew that drinking alcohol increases one’s risk of getting cancer.

Under current federal law, all bottles of alcohol sold in the U.S. must include these words of caution: “Government Warning: (1) According to the Surgeon General, women should not drink alcoholic beverages during pregnancy because of the risk of birth defects. (2) Consumption of alcoholic beverages impairs your ability to drive a car or operate machinery, and may cause health problems.” First mandated by Congress in 1988, the warning nearly always appears on the back of bottles, in tiny print, wedged into crowded labels alongside barcodes, serving facts, and information about where the beverage is bottled.

“Right now, we have an almost invisible label on alcohol bottles,” said David Jernigan, a professor at Johns Hopkins Bloomberg School of Public Health. “Congress passed a warning label, not an eye test.”

The letter to Mnuchin suggests a new warning:  “According to the Surgeon General, consumption of alcoholic beverages can cause cancer, including breast and colon cancers.” The letter argues that the new warning should rotate with the two current warnings, in much the same way that packs of cigarettes have rotating labels. Advocates say the warning would be far more effective as a separate label, with bold letters, bright colors and either pictures or graphics. Tom Hogue, a spokesman for the Treasury Department’s Alcohol and Tobacco Tax and Trade Bureau, declined to comment on the proposal.

“Everyone knows that heavy drinking is bad for you,” said Jackson Shedelbower, a spokesman for the American Beverage Institute. “So what this label would do is unnecessarily frighten the moderate and social drinker — someone who has a glass of wine after work. That’s who it’s going to target.”

Shedelbower called studies that show any amount of alcohol consumption increasing the risk of breast cancer “misleading,” adding: “Their conclusions are overblown.”

Cancer warnings on alcohol are uncommon around the world, but not unheard of. South Korean law mandates that bottles include the terse admonition, “Alcohol is a carcinogen.” Ireland recently passed a law requiring health warnings on alcohol containers and at points of sale. Last year, researchers in Canada’s Yukon territory put cancer warning labels on bottles of alcohol as part of a study. The trial was cut short after just a month in the face of heavy opposition from the country’s alcohol lobby.

In the U.S., Congress must approve the language of alcohol warning labels, and the letter asked Mnuchin to recommend the change. Asked what he thought about the chance of such a law passing,  Thomas Gremillion of the Consumer Federation of America replied, “With this administration? Zero.”