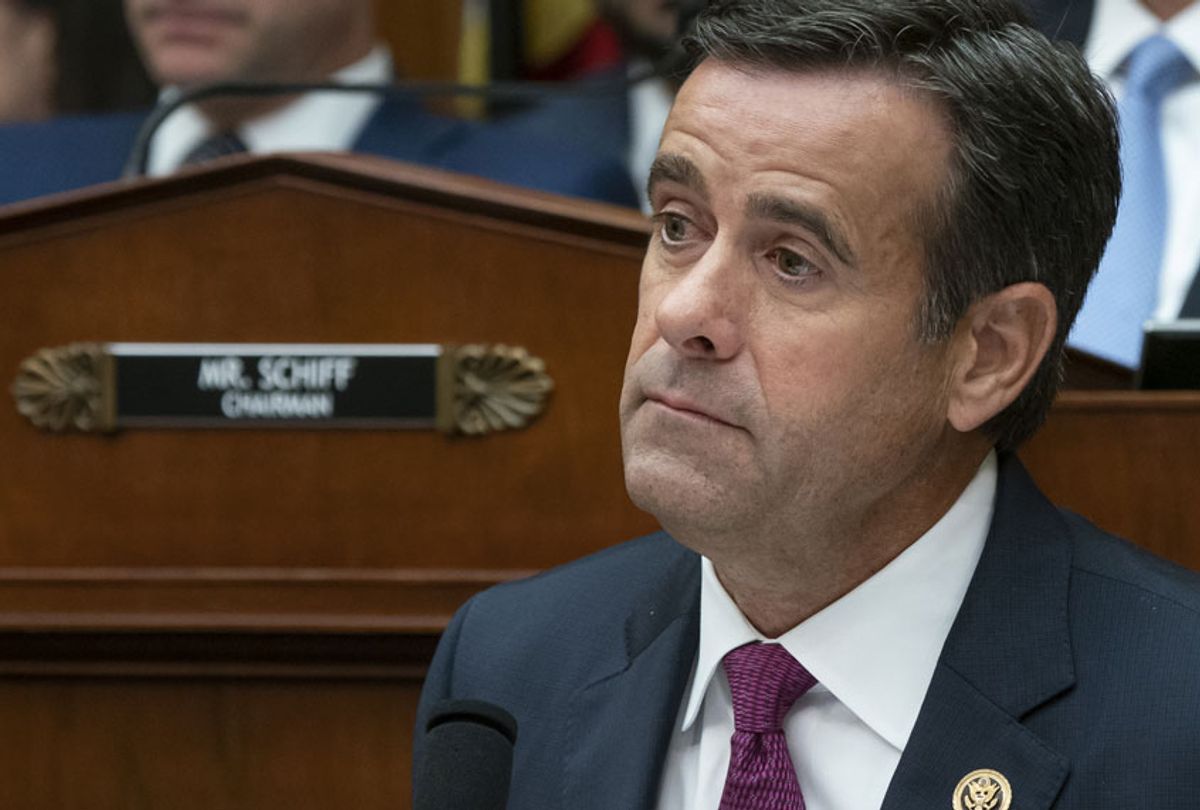 Dan Coats, director of national intelligence in the Trump Administration, has announced that he is retiring from the position — and the Republican Donald Trump has in mind as a replacement is 53-year-old Rep. John Ratcliffe of Texas. Whether or not Ratcliffe (a former U.S. attorney) will be confirmed by the U.S. Senate remains to be seen, but Senate Majority Leader Mitch McConnell will no doubt do everything he can to ram Ratcliffe’s confirmation through. Ratcliffe, however, won’t get a lot of support from Democrats: the Texas congressman is a strident Trump loyalist, which was painfully evident during his hostile and angry questioning when former special counsel Robert Mueller testified before Congress on Wednesday, July 24.

Here are five reasons why Ratcliffe is a terrible choice for intel chief:

Intel expert John McLaughlin (of the John Hopkins School of Advanced International Studies) has been stressing that Ratcliffe lacks the strong intelligence background one needs to serve as intel chief — and that’s saying a lot given McLaughlin’s extensive background in intelligence. On Twitter, McLaughlin complained that Ratcliffe would be “the first DNI without significant intelligence or ambassadorial experience.” Coats, according to McLaughlin, “has done superbly the main thing a DNI must do: present the collective view of the intelligence community in a fair, objective, and non-partisan way.”

Clearly, “non-partisan” is a term that doesn’t describe Ratcliffe in the least.

2. Ratcliffe has no problem with possible obstruction of justice when a Republican president is involved

During his buffoonish questioning of Mueller of Mueller on July 24, Ratcliffe went beyond saying that he didn’t believe Trump committed obstruction of justice during Mueller’s investigation — he didn’t think Mueller should have even addressed obstruction in his report. Although Mueller had no interest in indicting Trump for obstruction of justice because of the U.S. Department of Justice’s longstanding policy against indicting a sitting president, the Mueller Report contains a wealth of damning information. But Ratcliffe doesn’t consider obstruction a serious matter if the one involved is a Republican.

It was Ratcliffe who, on July 24, declared to fellow House members, “Donald Trump is not above the law. He’s not. But he damn sure shouldn’t be below the law, which is where Volume 2 of this report puts him.”

Mueller, during his July 24 testimony, reiterated something he made abundantly clear in his report for the Russia investigation: the Russian government, under President Vladimir Putin, interfered aggressively in the United States’ 2016 election and made a concerted effort to influence the outcome — and will no doubt do the same thing again in 2020. But Ratcliffe, as he demonstrated during his questioning of Mueller on July 24, is such an in-your-face Trump loyalist that he could care less about defending U.S. elections from attacks by a foreign power.

Realistically, no one expects Trump to nominate a liberal or a progressive for the intel chief position: a right-wing president gets to nominate right-wing people for his administration. But by picking Ratcliffe, Trump is going way beyond finding someone who’s conservative — he is picking a knee-jerk loyalist who won’t question anything he says or does. Trump doesn’t welcome constructive criticism from the right, which is why Jeff Session is no longer attorney general and why Rex Tillerson is no longer secretary of state; Trump, like the authoritarian he is, demands unquestioning obedience. Senate Minority Leader Chuck Schumer put it best when he asserted, “It’s clear that Rep. Ratcliffe was selected because he exhibited blind loyalty to President Trump.” And that blind loyalty, Schumer stressed, was evident during Ratcliffe’s “demagogic questioning of former Special Counsel Robert Mueller.”

“If Senate Republicans elevate such a partisan player to a position that requires intelligence expertise and nonpartisanship, it would be a big mistake,” Schumer emphasized.

In December 2017, Ratcliffe was among the Republicans who signed a letter to FCC Chairman Ajit Pai calling for the end of net neutrality. Having a free and open Internet is vitally important in a democracy, but Ratcliffe has been a staunch opponent of net neutrality and has no problem with allowing ISPs to pick and choose which traffic they will give preferential treatment to. And when it comes to e-commerce, Ratcliffe’s opposition to net neutrality shows that he isn’t really in favor of free-market competition, but favors oligarchs and monopolies.