Eye witness describes alleged Gilroy shooter: "He was ready to do some damage" 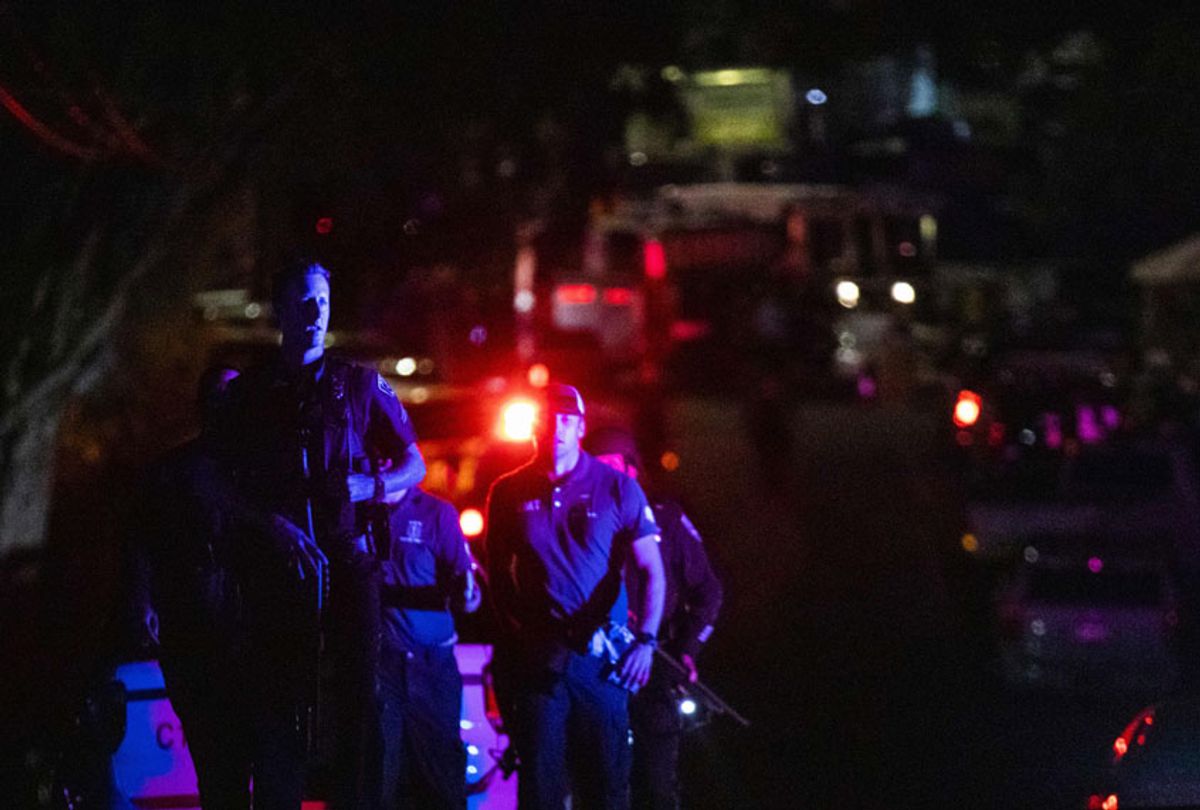 Police officers leave the scene of the investigation following a deadly shooting at the Gilroy Garlic Festival in Gilroy, 80 miles south of San Francisco, California on July 28, 2019. (Getty/Philip Pacheco)
--

“I didn’t really hear anything,” said Ryan Wallace. “He walked up almost like in police uniform — almost like. He rose his gun up, and, just, started spraying out rounds.”

“Did he shoot one?” asked the NBC Bay Area reporter.

“Yeah, yeah, I watched him do it, and he hit — I was working one of the pieces of equipment here — the play equipment — and he went right up and started spreading and walking across the field.”

Wallace said that the shooter was walking around like a police offer trying to “get stuff done.”

“It was horrifying,” he closed.