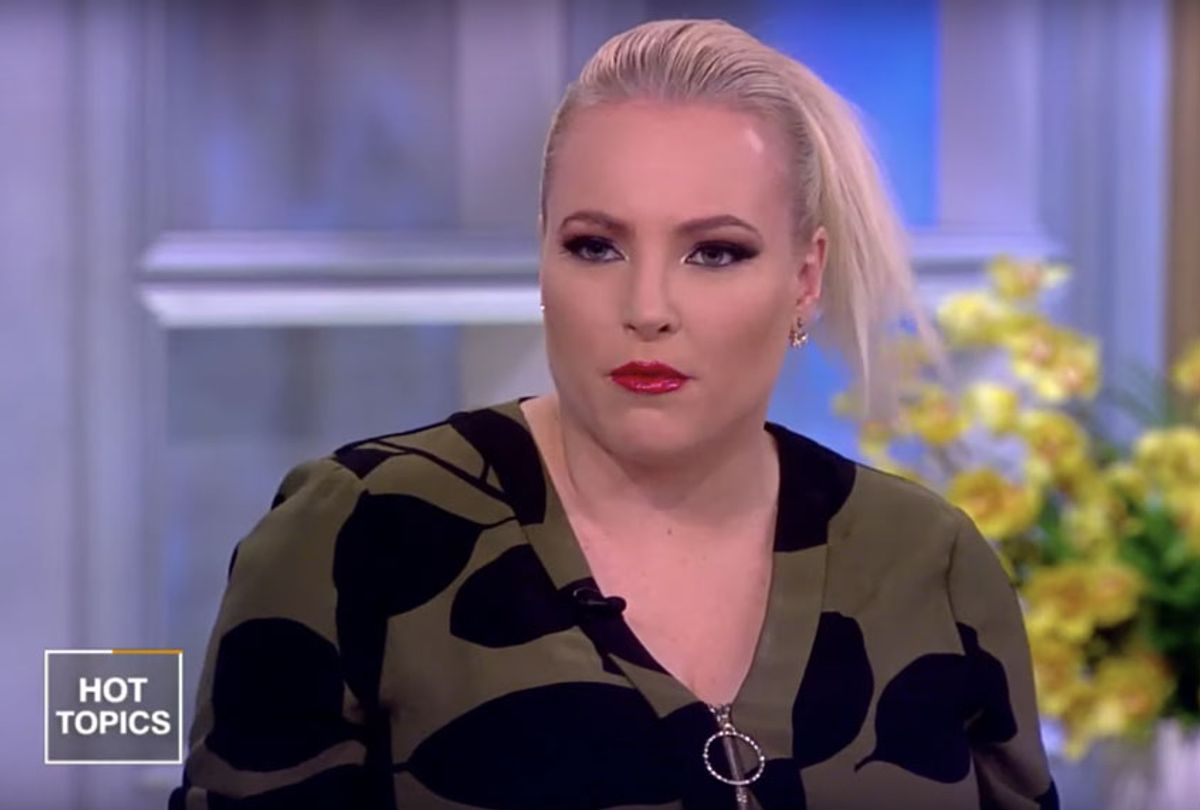 Meghan McCain couldn’t help but cite her own father’s death as a reason she backed a bill to reauthorize funding for benefits to 9/11 first responders.

“The View” panelists were discussing President Donald Trump’s inaccurate claims that he had joined first responders in the aftermath of the Sept. 11, 2001, terrorist attacks, when McCain shared a personal anecdote.

“Over the Fourth of July, I was in bed with my husband, and an alert came up with Luis Alvarez, who was the 9/11 first responder who petitioned in front of Congress, and he died,” McCain said. “He had done an interview with Shep Smith on Fox News, where he was talking about how his son wasn’t going to have a father, and his son deserved to have a father. He was only 53 years old.”

McCain caught herself, but continued explaining how her own experience had made her empathetic to the family’s tragedy.

“I know I talk about my dad a lot,” she said, “but being someone in their 30s that lost their father, I could not stop crying — and it’s not about me, but I think of his son almost every day now, and to sit there and act like our president has any kind of experience like the Alvarez family, like they just went through — by the way, if you see pictures of him, he was only 53 and he looked very sick, very ill.”

“The cancer that he had was very dangerous,” McCain added, “so if we could just have some respect for people who did the hardest jobs on one of the most horrific days in history, and can I just say, my heart and all our hearts really go out to that family. I really do think of them almost daily right now, and we — all of them, obviously.”