Vázquez clarifies position on becoming governor of Puerto Rico: “Will do what the constitution says” 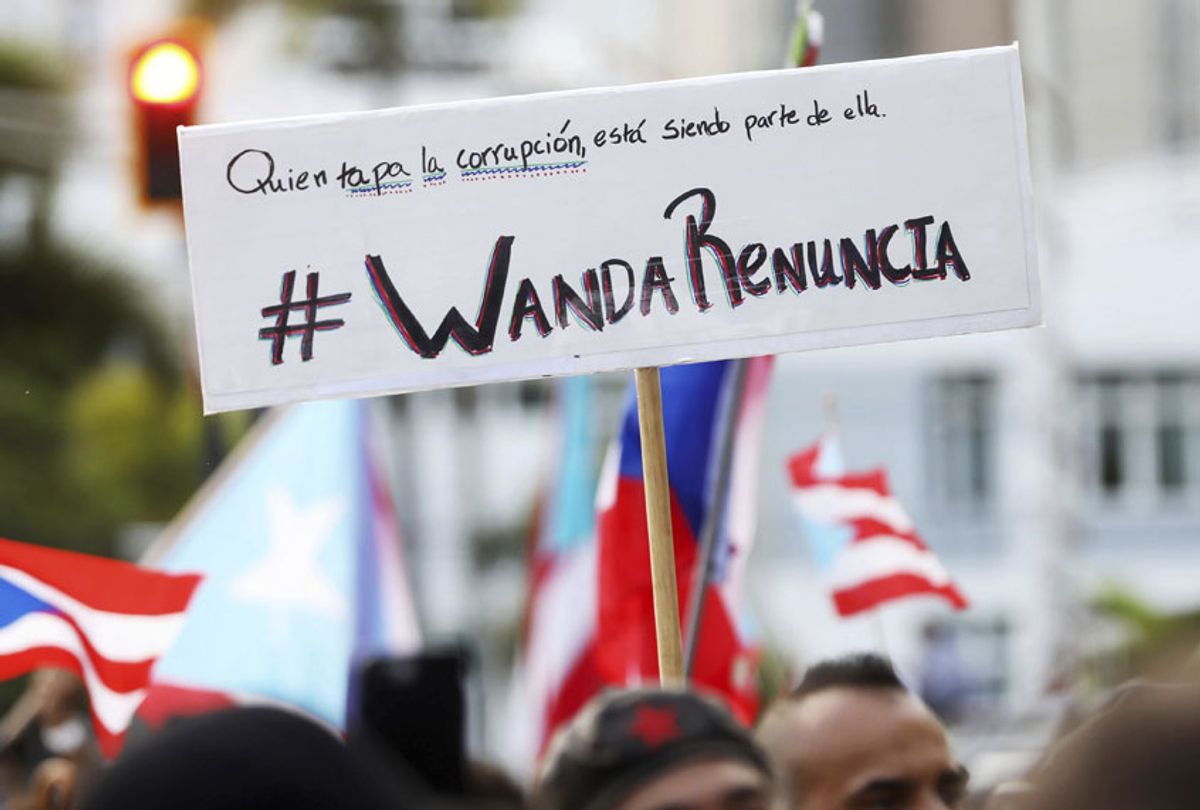 The woman who was set to become the governor of Puerto Rico after the island's departing executive, Ricardo Rosselló, resigned amid a scandal involving leaked private chats and a widening corruption probe said Monday that she will become governor if she has to — but she would rather not.

Justice Secretary Wanda Vázquez clarified her position one day after she tweeted that she did not want to assume the position of governor and instead asked Rosselló to appoint a replacement.

"I reiterate, I have no interest in occupying the position of Governor," Vázquez tweeted Sunday. "It is a Constitutional opinion. I hope that the Governor identifies and submits a candidate for the position of Secretary of State before August 2 and I have told him so."

On Monday, a spokesperson for Vázquez's office explained to the New York Times that the justice secretary was merely stating she had never been an elected politician — and did not wish to become one.

Under the island's constitution, the secretary of state is first in line to succeed Rosselló, but former Secretary of State Luis Rivera Marín, who was part of the scandal, resigned July 13 amid uproar.

Vázquez, who was appointed in 2017, is seen as a close ally of Rosselló. The hashtag #WandaRenuncia (or "Wanda, resign") started trending on Twitter immediately after Rosselló announced he would be resigning.

Hundreds of thousands of Puerto Ricans protested for nearly two weeks amid a corruption scandal involving former members of Rosselló's administration and the leaks of 889 pages of profanity-laced, homophobic and sexist private chat messages exchanged between the governor and members of his inner circle.

Vázquez initially described the leaked chats as "incorrect" but not illegal. She later announced that she would recuse herself from any investigation, because she had been mentioned in the chats.

Rosselló is the first governor to step down in the history of Puerto Rico. His resignation came after Carlos Méndez Núñez, the leader of the island’s House of Representatives, said last week that an impeachment inquiry by three attorneys unanimously concluded there were legal grounds to begin the process to remove the governor.

More than half a million people took to the streets of San Juan and across one of the island's main highways, waving the Puerto Rican flag, banging pots and pans and chanting "Ricky, renuncia!" (Ricky, resign!). The protest was the island's largest in recent history.

The protests now appear to have their sights set on Vázquez, who will become the island's governor when Rosselló’s resignation becomes effective Friday at 5 p.m. local time.

If Vázquez were to decide not to accept the role, the job would fall to the secretary of education, Eligio Hernández, who is fifth in line and has been in his current position only since April. The person who is the fourth in line would be skipped over, because the constitution states that the governor has to be at least 35 years old. The treasury secretary,  Francisco Parés, is only 31.