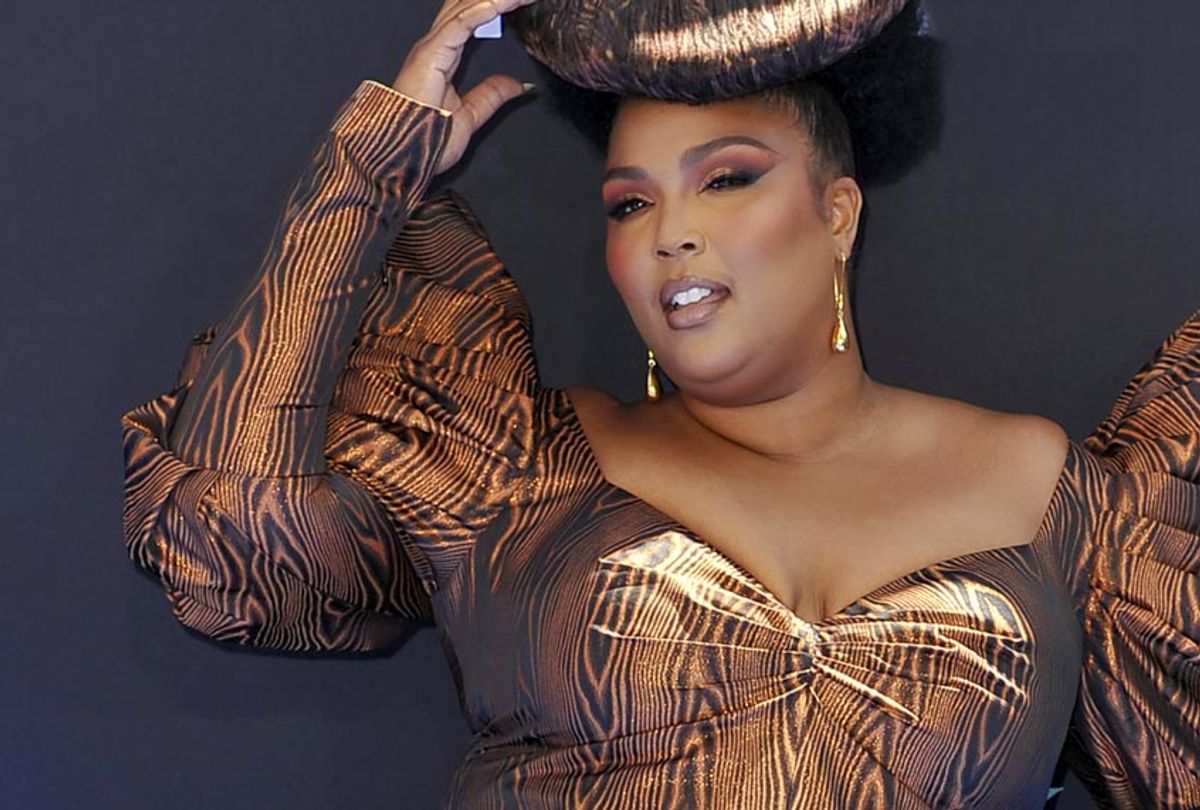 There were 70 days between the filming and the ultimate release of Lizzo’s NPR “Tiny Desk Concert.” I know this because of the Twitter account “tiny desk lizzo,” which has been literally been counting the days since the performance: “It has been 65 days since @Lizzo recorded her @nprmusic #TinyDesk #WhereIsTheTinyDesk.”

Reader, it was worth the wait.

“How we feeling at this tiny-ass desk?” the singer, who was just nominated for Push Artist of the Year and Best New Artist at the 2019 MTV Video Music Awards, asks the small, but packed room.

“There were as many people as we've ever had at a Tiny Desk concert, hanging on Lizzo's every word as she held court and waited for the cameras to roll,” wrote NPR’s Stephen Thompson. “She literally needed no introduction; one of us usually says a few words and gets the crowd to applaud for the start of the performance, but Lizzo was master of ceremonies from the second she walked in.”

With only a four-piece backing band, Lizzo flawlessly belts “Cuz I Love You.” She follows up with the anthemic “Truth Hurts,” and “Juice,” which — though it was released in January — is the real song of summer.

Lizzo’s powerful vocals and exuberant personality lend themselves to big performances, like her rendition of “Truth Hurts” at the 2019 BET Awards in June. She opened that performance on top of a platform decorated like a three-layer frosted wedding cake; she’s wearing a white corset, a bustle and a veil, which is covering her face. There are 11 back-up dancers bopping around on the lower two tiers of the cake.

After a beat, Lizzo pushes back the veil, revealing bedazzled sunglasses: “BET, do you want some cake?”

Then she whips off the sunglasses, bustle and veil — and what follows is one of the most energetic three minutes of television. There’s a bouquet toss, twerking and one of her signature flute solos.

Meanwhile, the Tiny Desk series is notably stripped down. Started in 2008, the idea for the series came after All Songs Considered’s Bob Boilen and NPR Music editor Stephen Thompson were frustrated when they couldn’t hear Oregon-based folk singer Laura Gibson at a bar show.

“It was this awful bar — the speaker was pointing out the door, people were watching basketball games and cheering for their teams. [Laura] had a quiet voice, and we could barely hear her at all,” said Boilen in an interview with Vox.

Three weeks later, Gibson arrived at NPR’s DC office where Boilen and some colleagues cleared off a desk, grabbed some microphones and filmed a completely unadulterated performance and put it online; the Tiny Desk concert series was born.

Since then, hundreds of musicians have performed The Desk. Sometimes these are under-the-radar acts that prove to be total delights, like Mucca Pazza — a 23-member, Chicago-area marching band ensemble — and sometimes they feature bigger name performers whose acoustic renditions of their songs are surprisingly revealing; one of my favorites is a very mellow T-Pain. Then sometimes, they feature guests, like Yusuf/Cat Stevens, whose vocals seem built for the venue. Regardless, the videos rack up millions of views and have somewhat of a cult following (which Zachary Crockett details in his piece, fittingly-titled “Tiny Desk: how NPR’s intimate concert series earned a cult following”).

Lizzo, however, brings all her infectious energy — and that trademark flute solo — to the Tiny Desk. You get the sense that the room can’t quite contain her talent and that she, and the audience, are absolutely okay with that. Right now, Anderson Paak’s appearance on the series is Tiny Desk Concerts' most popular YouTube video with 34 million views; Lizzo’s performance hasn’t posted to the platform yet, but, like her vocals, I have a feeling it won’t be long before she soars to the top.