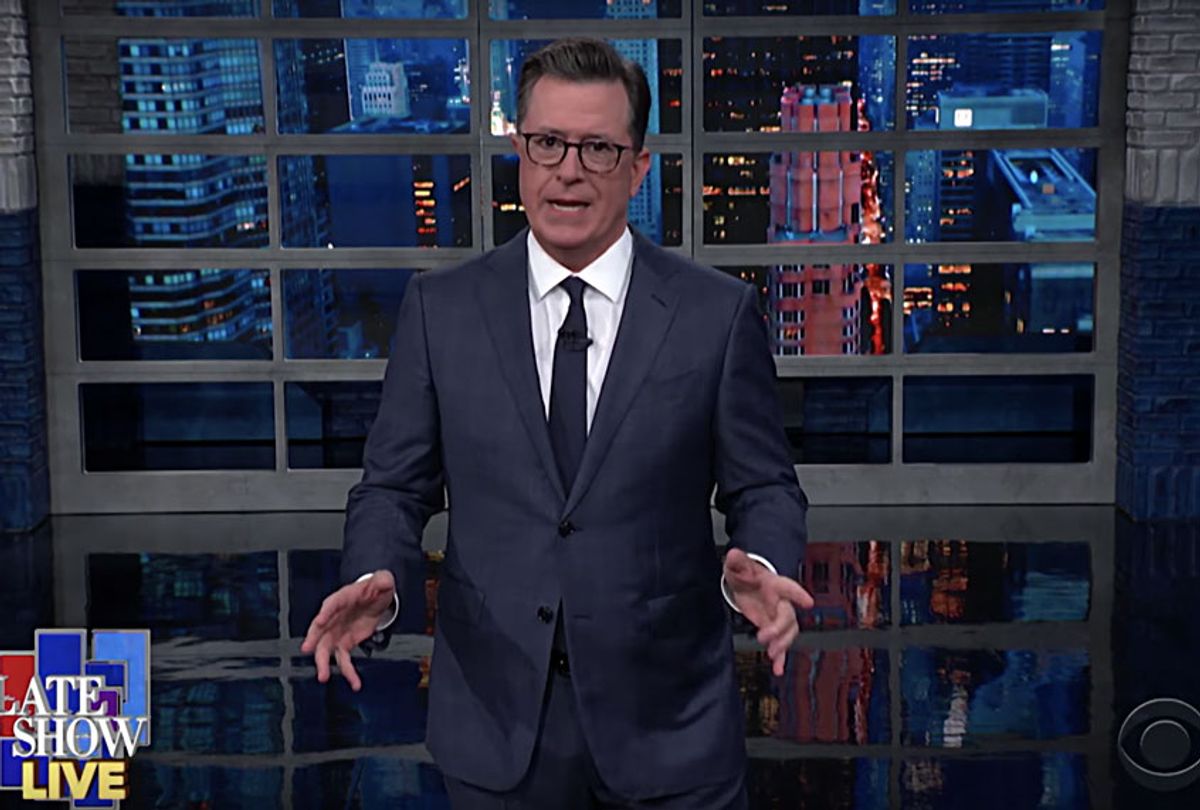 Stephen Colbert on Tuesday presented a live episode of the “Late Show” following the second round of Democratic debates on CNN.

“CNN’s debate was broadcast from Detriot’s Fox Theater, you know their slogan, ‘when you think CNN, think Fox,'” he joked.

“It’s hard to sum up what happened tonight, but most of it was a bunch of guys with no chance to win the Democratic nomination, yelling Republican talking points at the people who can — it was like watching the Seven Dwarves offering Snow White a poison apple,” he explained.

The host ridiculed Rep. Tim Ryan (D-OH) for not putting his hand over his heart during the national anthem.

“The debate began with our national anthem,” Colbert said. “And everyone passed the test by holding their hands over their hearts, except Tim Ryan — unless he keeps his heart in his scrotum.”

“I’m not sure, I think he keeps his brain there,” he added.