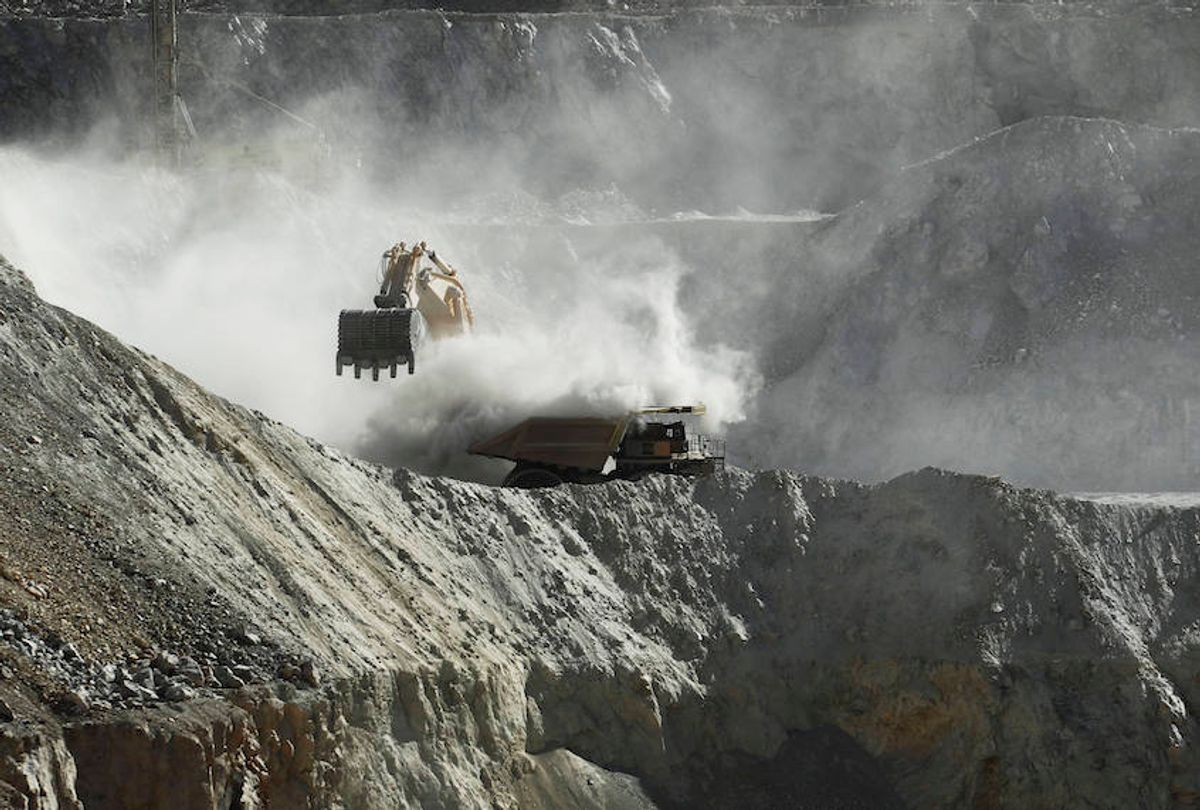 In this Sept. 25, 2012 photo, a bulldozer works at the Chuquicamata copper mine in the Atacama desert in northern Chile. (AP Photo/Jorge Saenz)
--

Cathy Stepp helped greenlight polluting Lake Michigan during her time overseeing Wisconsin’s Department of Natural Resources and now she is helping a mining company that could contaminate Lake Superior.

Stepp, a regional administrator for the EPA, is part of an investigation by the agency’s inspector general into how Minnesota awarded a permit in December to PolyMet Mining Co. which wants to build a $1 billion copper-nickel mine on 19,000 acres near Hoyt Lakes, Minn., near the North Shore of Lake Superior.

The water permit has become a test case for Trump’s effort to weaken environmental oversight by having the EPA mostly defer to state regulators.

Stepp’s chief of staff, Kurt Thiede, who previously worked for her in Wisconsin, was asked in the Minnesota review to stall submitting written comments from the EPA on the proposed mine until after the period for submitting public comments had ended. That move in effect made those comments secret until environmental groups sued.

“Under the current administration, EPA is a pollution watchdog not only on a leash but under a muzzle, as well,” said Kyla Bennett of Public Employees for Environmental Responsibility, the nonprofit that sued for the records on behalf of WaterLegacy.

Kevin Pierard, a senior official in the EPA’s Chicago office, told Minnesota regulators that the proposed permit didn’t have numeric limits on how much pollution could be in discharges from the mine. He also said the discharges would exceed federal health and aquatic life standards for mercury, copper, arsenic, cadmium and zinc.

Pierard’s comments were read over the phone to Minnesota regulators so they wouldn’t appear in the official record, a move former EPA attorney Jeffry Fowley said was “seriously improper conduct.” Fowley said the permit is “an end-run around the … requirements of the Clean Water Act.”

Glencore PLC, one of the world’s largest publicly traded companies with annual revenues of more than $200 billion, took majority ownership of PolyMet in June. The U.S. Justice Department has subpoenaed Glencore in an investigation into foreign corruption and money laundering, asking for documents for business in the Democratic Republic of the Congo, Venezuela and Nigeria.

“Alarm bells should have gone off all over the place,” said former Minnesota Gov. Arne Carlson. “It’s like making an investment in a company and suddenly finding out the mob owns it.”

In Wisconsin, Stepp and Thiede helped Foxconn, the giant Taiwan manufacturer best known for assembling iPhones, be exempted from any major environmental review. Foxconn and the state claimed the deal would bring up to 13,000 jobs to Wisconsin, but now it looks like just 1,500 people could be hired to start.