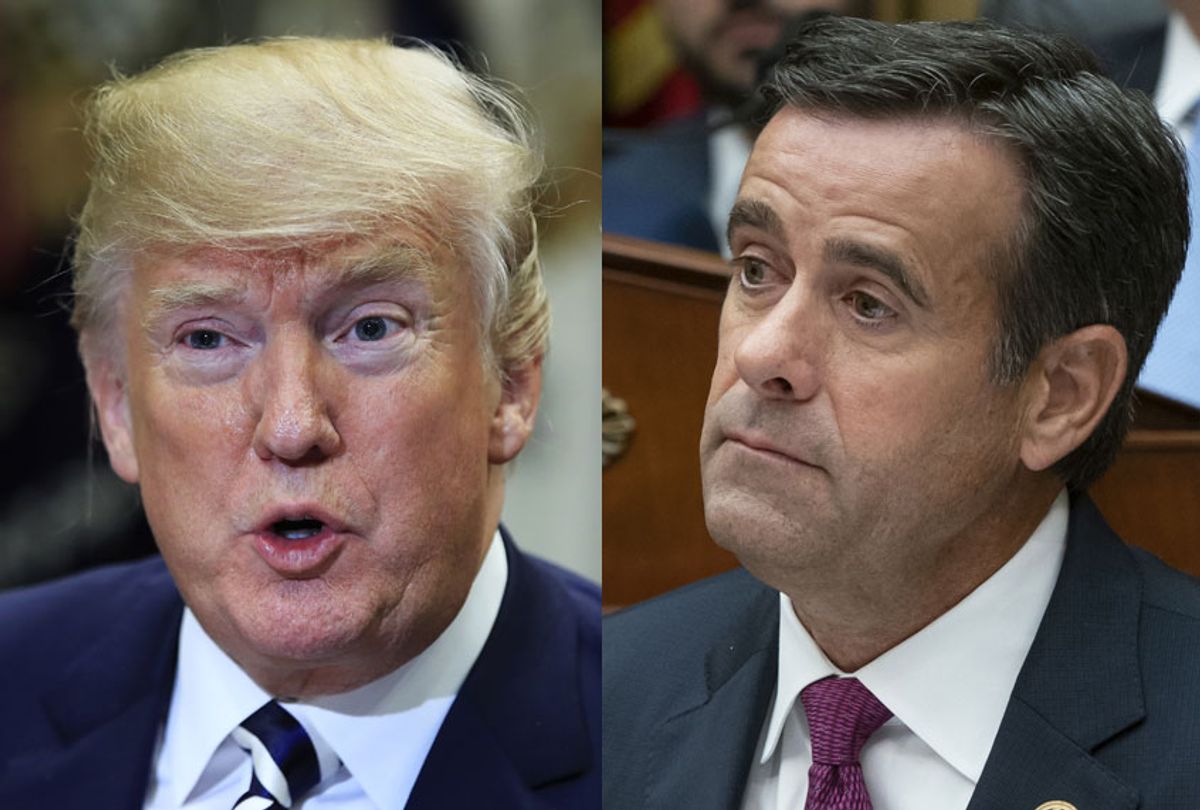 "Our great Republican Congressman John Ratcliffe is being treated very unfairly by the LameStream Media," Trump wrote on Twitter. "Rather than going through months of slander and libel, I explained to John how miserable it would be for him and his family to deal with these people."

"John has therefore decided to stay in Congress where he has done such an outstanding job representing the people of Texas, and our Country," the president continued. "I will be announcing my nomination for DNI shortly."

In a statement issued shortly after Trump's tweets, Ratcliffe said he remained convinced that if confirmed by the Senate, he would he would have served "with the objectivity, fairness and integrity that our intelligence agencies need and deserve."

"However, I do not wish for a national security and intelligence debate surrounding my confirmation, however untrue, to become a purely political and partisan issue," he added. "The country we all love deserves that it be treated as as an American issue. Accordingly, I have asked the President to nominate someone other than me for this position."

Ratcliffe was expected to face an uphill confirmation battle to become the nation's next director of national intelligence, replacing Dan Coats, a former senator and ambassador who was frequently at odds with the president on issues such as Russian election interference, North Korea, climate change and the capability of terrorist groups, particularly ISIS.

The staunch Trump ally faced accusations that he padded his résumé amid a lack of experience related to national security. His planned nomination appeared to rattle House and Senate leaders in both parties.

Democrats condemned Trump's decision to nominate Ratcliffe, with Speaker of the House Nancy Pelosi, D-Calif., stating Coats's resignation was "bad news for the security of America." Senate Majority Leader Mitch McConnell, R-Ky., also said he was "very sorry to learn" that Coats would be leaving his job.

"It's clear that Rep. Ratcliffe was selected, because he exhibited blind loyalty to President Trump with his demagogic questioning of former special counsel Robert S. Mueller III," Schumer said in a statement at the time. "If Senate Republicans elevate such a partisan player to a position that requires intelligence expertise and nonpartisanship, it would be a big mistake."