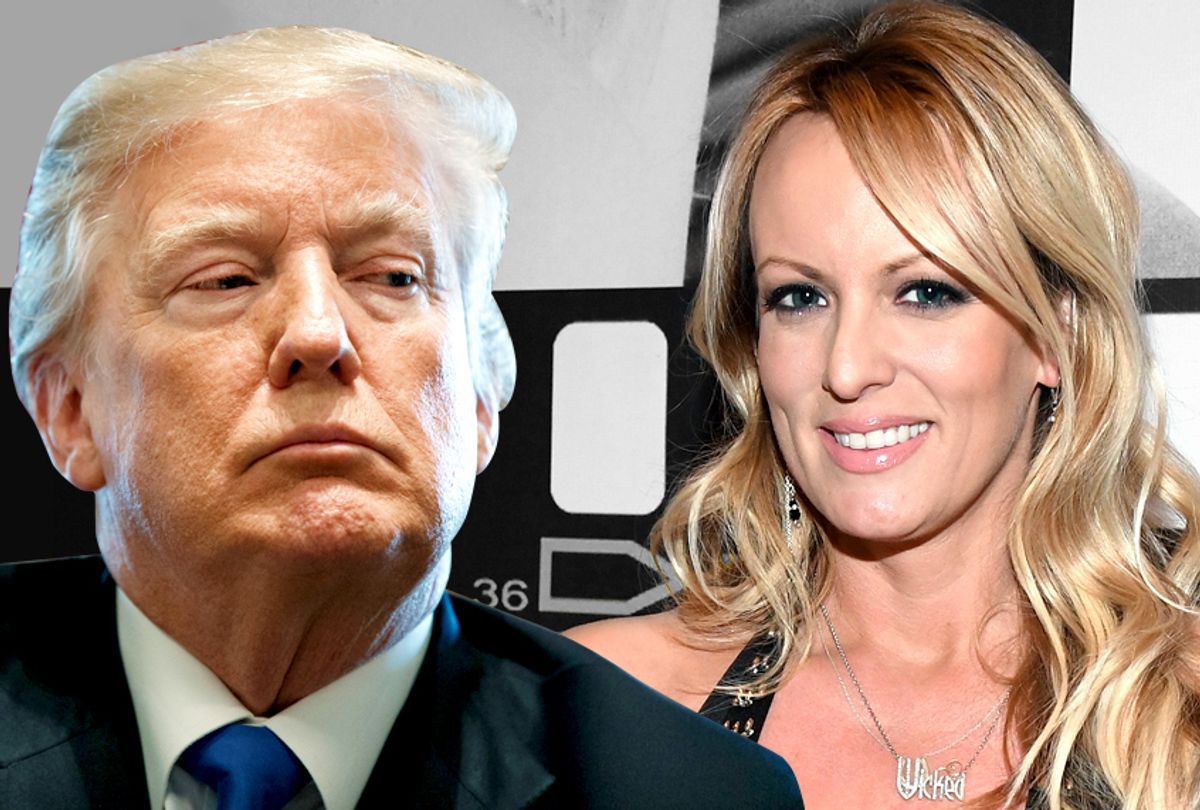 The Manhattan District Attorney's Office issued subpoenas to the Trump Organization and American Media Inc. (AMI) on Thursday as part of an investigation into hush-money payments made to two women who alleged affairs with President Donald Trump during the 2016 election cycle, multiple news outlets reported.

The subpoena to the Trump Organization seeks communications between the company and representatives for adult film actress Stormy Daniels and former Playboy model Karen McDougal, the individuals who alleged they had affairs with Trump more than a decade ago, CNN reported, citing a person familiar with the matter. AMI also received a subpoena, according to the news outlet.

Prosecutors are reportedly investigating whether the president's family business violated the law in handling its records about the payment. They are specifically examining whether the Trump Organization falsely listed the reimbursement of the payments to Michael Cohen, the president's former personal lawyer and "fixer," as a legal expense. Such an action would represent a state crime.

Cohen is currently serving a three-year prison sentence in part for the hush-money payments made to Daniels and McDougal, which prosecutors say amount to a campaign finance violation. He previously claimed the payments were made "in coordination and at the direction of" Trump in an attempt to influence the outcome of the 2016 presidential election. The New York Times noted Thursday that it is unclear if the new investigation would examine Trump's conduct.

Marc L. Mukasey, an attorney for the Trump Organization, called the inquiry a "political hit job."

"It's just harassment of the president, his family and his business — using subpoenas as weapons," he told the Times on Thursday. "We will respond as appropriate."

The subpoenas from state prosecutors were issued just weeks after a judge announced federal prosecutors had concluded their inquiry into campaign finance violations related to the hush-money case.

They also mark the second time Vance has stepped into an investigation revolving around the president after federal prosecutors completed their own probe.

In May, Vance charged Trump's former campaign chairman, Paul Manafort, with 16 crimes. News of the indictment came just an hour after Manafort was sentenced on multiple financial and lobbying charges in two cases brought by former special counsel Robert Mueller.

The indictment stemmed from an investigation that originated in 2017, when prosecutors in New York began to examine the loans Manafort received from two banks. The loans were also investigated by Mueller and were the basis for some of the charges in the federal indictment that led to Manafort's conviction last year in Virginia.

In the hush-money case, Cohen pleaded guilty to campaign finance charges in August 2018 and admitted he arranged a $130,000 payment to Daniels and a $150,000 payment to McDougal in order to silence them about their alleged affairs with Trump. The payments are considered by the government to be an illegal donation to Trump's campaign, since they were intended to improve Trump's election chances. The legal limit for individual contributions in a general election is $2,700.

Court documents unsealed in July detail how Cohen; Trump's then-campaign press secretary, Hope Hicks; two executives at AMI, Dylan Howard and David Pecker; and Trump himself were closely involved in a scheme to hide the payments made to Daniels and McDougal.

The documents, which include calls, text messages and emails exchanged between the group in October 2016, describe how Cohen worked to arrange a deal with Davidson and AMI, the parent company of the National Enquirer. Cohen's plan was to have AMI purchase and bury Daniels' story — a practice known as "catch and kill" — and he would then reimburse the media company for its expenses.

The documents stated Cohen made a $130,000 payment to Davidson on Oct. 27 — with the funds intended for Daniels — "for the purpose of securing her ongoing silence with respect to the allegations that she had an extramarital affair with Trump."

In addition to the payment to Daniels, Cohen arranged for AMI to pay McDougal for her story alleging an affair with Trump. McDougal's contracted granted AMI "exclusive ownership of her account of any romantic, personal or physical relationship she has ever had with any 'then-married man,'" the New Yorker reported last year.

The company never ran the story after purchasing its rights.

As part of a non-prosecution agreement, AMI admitted it was involved in an effort to "catch and kill" stories that could damage Trump late last year. It admitted to making a payment of $150,000 in cooperation with some members of Trump's campaign in an effort to ensure McDougal's claims of an affair did not become public.