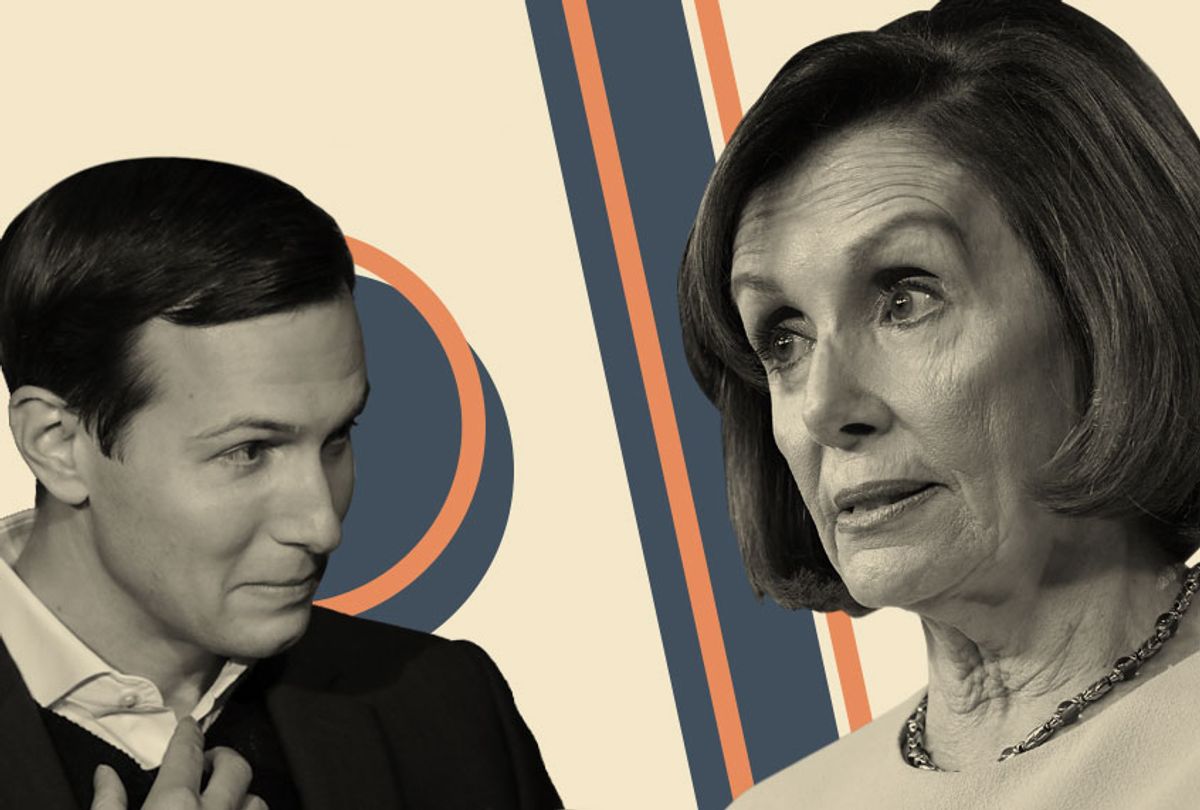 In a viral tweetstorm, Trump described Cummings' Baltimore-based congressional district int recent days as a "disgusting, rat and rodent infested mess" where "no human" would want to live.

"The president — this comes as no surprise — really doesn't know what he's talking about," Pelosi told Politico as she spoke of Trump's tweets.

"But maybe you could ask his son-in-law, who's a slumlord there, if he wants to talk about rodent infestations," she added, referring to Kushner, who also serves as a senior White House advisor.

In Baltimore County, Kushner Cos. owns nearly 9,000 rental units across 17 apartment complexes that have been cited for hundreds of code violations — mouse infestations, included. Tenants also reported problems with mold, mildew and maggots.

The properties generate at least $90 million in annual revenue, according to the Washington Post. Kushner stepped down as chief executive of Kushner Cos. in January 2017 when he joined the Trump administration.

Baltimore County Executive Kevin Kamenetz said repairs were made "only after the county threatened to withhold rent or issue fines," and even after warnings, violations on nine properties were not addressed, resulting in monetary sanctions.

Shannon Darrow, a program manager at the tenant advocacy group Fair Housing Action Center of Maryland, said she found Trump's comments ironic given the alleged conditions of Kushner's properties in the district.

"Basically, [Kushner] has been creating a race to the bottom in terms of poorly maintained properties," Darrow told the Washington Post. "He's been very, very deeply implicated."

Baltimore County Executive John A. Oldzewksi Jr., who called Trump's comments "an attack on basic decency," also noted the irony of the situation.

In addition to filthy living conditions, Kushner's business and its affiliated entities have been sued multiple times by Baltimore-area residents who alleged the firm charged them excessive fees and used the threat of eviction to pressure them into paying, according to the Post.

An investigation by the Baltimore Sun revealed that from 2013 to 2017, corporate entities associated with Kushner apartments sought the civil arrest of more than 100 former tenants for failing to appear in court to face allegations of unpaid debt.

"When you realize that in these cases, it's a multimillionaire who is the son-in-law of the president, it begs the question whether they should be spending all this time and money to pursue people who have fallen behind," Marceline White, executive director of the Maryland Consumer Rights Coalition, told the newspaper. "Obviously, people should be paying their bills. But arresting someone years after seems fairly extreme."