Will Hurd, the only African-American Republican in the House, announces he will not seek re-election 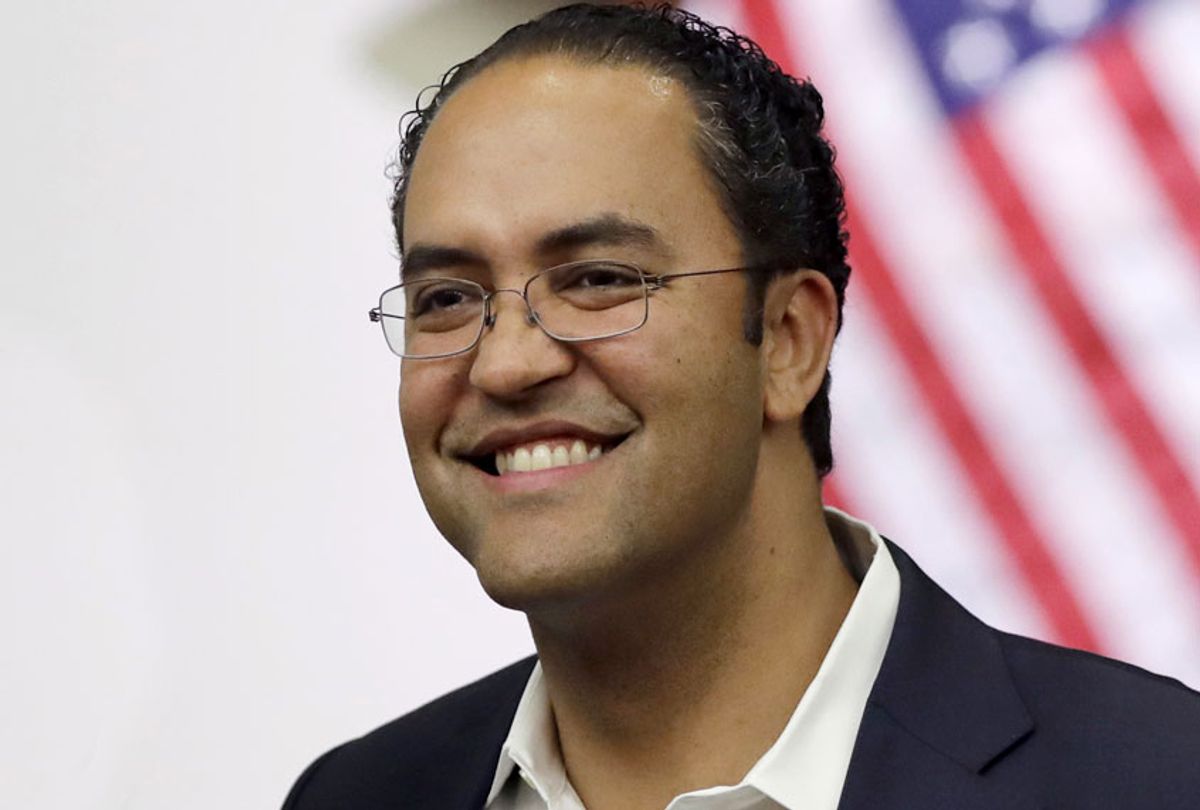 Texas Rep. Will Hurd, the only African-American Republican in the House of Representatives and one of the few elected officials in the party to openly criticize President Donald Trump, announced on Thursday that he will not seek re-election in 2020.

Hurd said in a statement that he intends to continue to “pursue the opportunities outside the halls of Congress to solve problems at the nexus between technology and national security."

He also tweeted that he has "taken a conservative message to places that don't often hear it. I'm going to [stay] involved in politics to help make sure the Republican Party looks like America."

Hurd is the sixth GOP member to seek retirement in the last two weeks. His announcement comes after Rep. Mike Conaway, another GOP congressman from Texas, announced his retirement Thursday.

Hurd previously served as an undercover officer in the CIA in the Middle East and South Asia. He has represented a congressional district stretching along the U.S.-Mexico border between San Antonio and El Paso ever since he defeated incumbent Democrat Pete Gallego by 2,400 votes in 2014.

Hurd has been re-elected twice, also by razor-thin margins. He toppled Gallego by 3,000 votes in a 2016 re-match before going on to best Iraq War veteran Gina Ortiz Jones by less than 1,000 votes last year, becoming one of the few House Republicans in districts that Hillary Clinton won in 2016 to survive the blue wave during the 2018 midterm election cycle. The seat in the 23rd District has flipped between Republicans and Democrats five times since the 1990s, according to the New York Times.

Ortiz Jones has already filed for a re-match in 2020.

In 2017, Hurd was appointed by former House Speaker Paul Ryan, R-Wis., to serve on the Intelligence Committee. He was also selected by then-House Majority Leader Kevin McCarthy, R-Calif., that year to serve on the Appropriations Committee.

The Texas Republican has often distanced himself from Trump. He has criticized the president's immigration proposals, including the construction of a "wall" along the U.S.-Mexico border, and supported legislation to save the Deferred Action for Childhood Arrivals (DACA), an Obama-era program which placed undocumented youth who were brought to the country as children on a pathway to U.S. citizenship — a program the Trump administration has decided to scrap.

Hurd was also one of the few elected Republicans to condemn Trump's racist shots at the Democratic Reps. Alexandria Ocasio-Cortez of New York, Ayana Pressley of Massachusetts, Ilhan Omar of Minnesota and Rashida Tlaib of Michigan — the four prominent progressive freshmen members of Congress who make up "the squad."

"Chairman Cummings is someone I worked with closely on all kinds of legislation," Hurd told ABC News late last month. "He is someone that cares passionately about his community and has been working tirelessly his entire adult life on behalf of his country and his community."

"I wouldn't be tweeting this way," he added, referring to Trump's racist tweets about the congressman.

Hurd’s decision on Thursday is likely to disappoint Republicans and energize Democrats, who picked up 40 seats in the chamber last fall by going after Republican-held seats in areas where Trump has been unpopular.

Along with playing defense to protect their House majority in 2020, the Democratic Congressional Campaign Committee (DCCC) has eyed Hurd's district to help them make additional gains next year. Democrats appear eager to capitalize on Hurd's announcement and highlight that the typically-red Lone Star State will be a major battleground in 2020.

"Texas Democrats are rising up everywhere. Clearly, Will Hurd knew his time was up. As we have said before, we wouldn't be surprised if there were more retirements," Texas Democratic Party Director Manny Garcia said in a statement.

Earlier this year, the DCCC announced Its intention to target about two dozen GOP seats in 2020 — and six of those are in Texas.

"Hurd has been a lockstep supporter of the worst of Washington Republicans' policies, and he sealed his fate when he pledged to vote for Donald Trump in 2020," DCCC spokesperson Avery Jaffe said in a statement. "Democrats will win this seat. And if Will Hurd doesn't believe he can keep his job in a changing Texas, his colleagues must be having second thoughts, too."

Rep. Joaquin Castro, D-Texas, twin brother of Democratic presidential candidate Julián Castro and the chair of the Congressional Hispanic Caucus, tweeted Thursday: "President Trump has made the [Republican] Party toxic and damaged the electoral chances of many incumbents."

"I expect we will see many more retirements among Texas Republicans at all levels of government," he said.