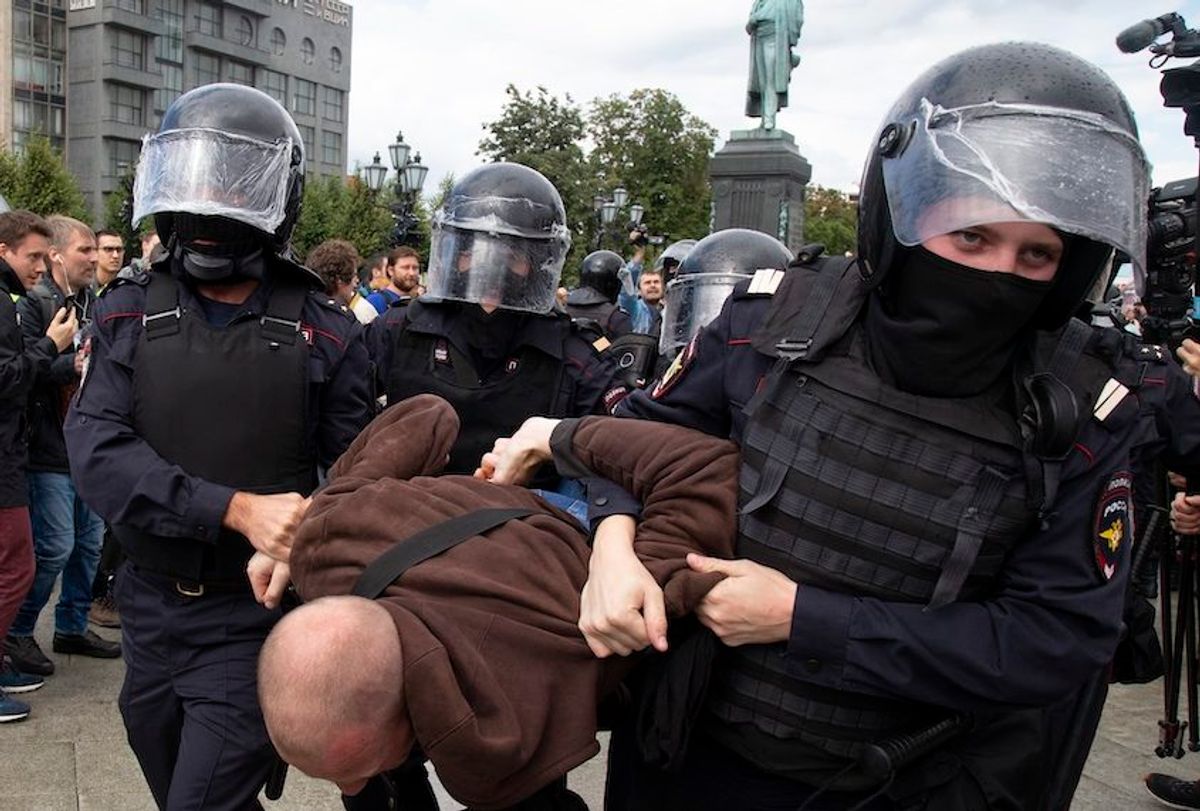 More than 600 people were arrested in Moscow on Saturday during demonstrations protesting President Vladimir Putin's unwillingness to allow opposition candidates on the local ballots.

The recent series of arrests occurred one week after a similar series of protests resulted in 1,300 arrests and dozens of people being injured for likewise protesting the corrupt elections, according to The Wall Street Journal. The Russian organization OVD-Info estimated that 685 people were arrested on Saturday. While the Ministry of Interior says that 1,500 people participated in the anti-government protests, other organizations say the figure was much higher. The protests had not been authorized by the government.

In related news, Russian opposition leader Alexei Navalny was arrested last week for organizing unauthorized protests and taken to a hospital over that weekend after claiming he was poisoned by the Putin regime (there is a long history of Putin critics being mysteriously poisoned, sometimes fatally and sometimes leading only to disfigurement or temporary injury). Navalny's group fighting Putin's corruption has been accused by the Russian government of laundering 1 billion rubles (about $15.3 million), a charge that Navalny and his supporters deny as having been cooked up by the Russian government to discredit Navalny from exposing state corruption.

With his condition improved by Monday, Navalny was returned to his jail cell. In a blog post published that evening, he accused the Russian authorities of poisoning him. “Are they such idiots as to poison you in a place where suspicions can only point to them?” he wrote, before listing off names of other dissenting Russians who have allegedly been poisoned. “The guys in power in Russia are really stupid and foolish,” he said.

No conclusive explanation has been given for the hives and facial swelling that led to his hospitalization. His personal doctor, Anastasia Vasilyeva, who treated the opposition leader after he was attacked with a green chemical substance in 2017, leaving him temporarily blind in one eye, said she had sent samples of his hair and clothing for independent testing.

In an interview with Salon in January another outspoken critic of Putin's corruption, British billionaire Bill Browder, explained that Putin's regime is a kleptocracy.

"I think the best comparable would be Pablo Escobar," Browder told Salon. "Putin is a criminal. He’s committed enormous financial crimes of unimaginable magnitude over the last 19 years against his own country. Because he’s committed those crimes, and it was just reported today that 1 in 4 Russians don’t even have an indoor toilet, they’re so poor. Those crimes have impoverished the Russian people."

He added, "At this point, his only objective is to stay in power, which allows him to keep his money and stay alive, and so all of his actions — whether they’re repressive actions, repression in Russia or foreign conflicts outside of Russia — it’s all designed to either stay in power, to create a nationalistic diversion and to also create chaos in the West so we can’t focus on the terrible things he’s doing."