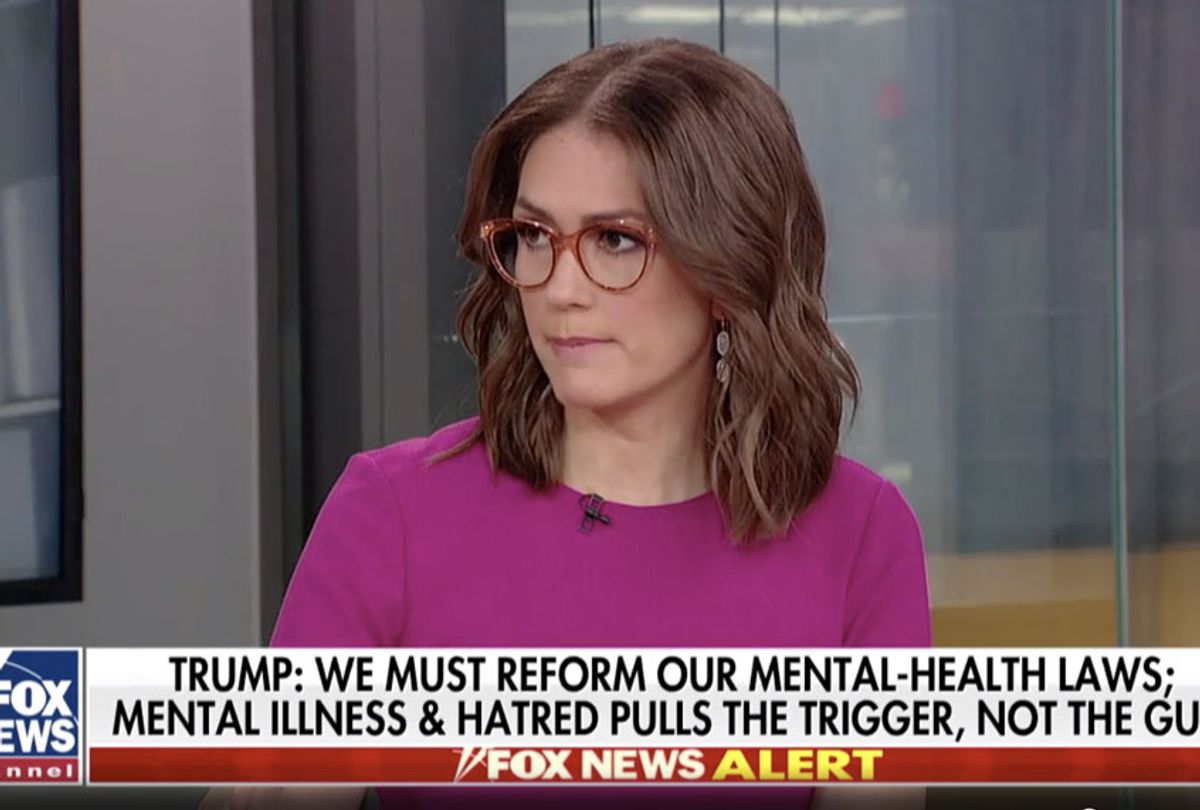 A Fox News contributor sparked a clash after pointing out the role the conservative network plays in promoting racist extremism.

Panelists on “Outnumbered” were discussing the weekend mass shootings in El Paso and Dayton, and debating President Donald Trump’s culpability, when contributor Jessica Tarlov said the president and his favorite network both shoulder some blame.

“There’s a rhetoric issue here,” Tarlov said. “You are right, the president hasn’t lived up to this. I would take issue on the Democratic front. I think what Amy Klobuchar said was correct about the mean tweets and the rhetoric. The El Paso killer, yes, he hated Mexicans before President Trump became president. In that manifesto he actually quotes the president. He quotes right-wing figures that use this language, who’ve talked about it’s an invasion of Mexicans. That kid drove 10 hours to get closer to a bunch of Mexicans.”

Panelist Steve Hilton was the first to blow up.

“I’m sorry, I really think this is actually very offensive,” Hilton said, as Tarlov disagreed. “It’s exactly the parallel that we all rightly try to observe in relation to radical Islamist terrorism., where we say, these are sick people driven by ideology, and we mustn’t can conflate that with Islam. It’s mental illness.”

Host Lisa Kennedy agreed that someone who committed a mass shooting was necessarily mentally ill, but Tarlov pointed to Cesar Sayoc, a Trump supported who was convicted of a terrorist bomb spree against prominent Democrats and media figures.

“The pipe bomber is being sentenced today,” Tarlov said. “His lawyer has been talking in court and has said he was indoctrinated by things he was seeing in the press, that he wanted to go after President Trump’s enemies.”

Kennedy fired back to defend her employer.

“That’s indoctrination, by the way,” Kennedy said. “When you consume news, my dad — god rest his soul, miss you — he would watch Fox News (for) 23 hours a day. He didn’t go pick up a gun and he didn’t kill anyone. I’m sure there are people that Fox News talked about that he didn’t admire, but consuming news doesn’t turn you into a murderous sociopath. That is not what indoctrination is.

Co-host Melissa Francis stepped to break up the disagreement, but not before Tarlov got in one last shot.

“Spreading hate from the highest levels is a problem,” Tarlov said.

Kennedy demanded that Tarlov agree that hateful rhetoric was a problem on both sides of the political divide.

“Agree that there is a problem with rhetoric on both sides,” she said. “That is not just the president, and it is not causation. We have to be very careful the oversimplification, and separating causation from correlation. That’s very dangerous.”

You can watch more from Monday's edition of "Outnumbered" below: