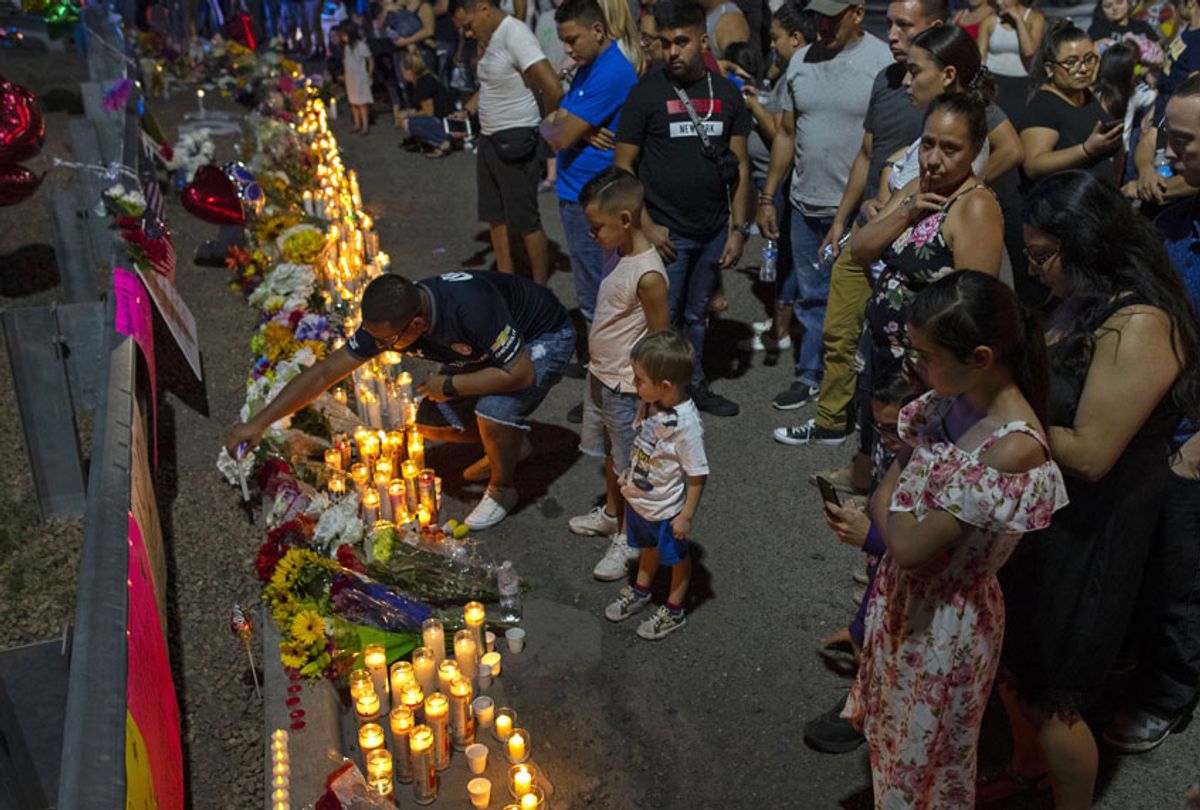 Only 19 minutes before 911 was first alerted that a terrorist shooting had occurred in El Paso, Texas on Saturday, the suspect posted a 2300-word manifesto online that outlined his motives. The suspect spoke of a “Hispanic invasion of Texas,” asserting, “If we can get rid of enough people, then our way of life can be more sustainable.” At the heart of the manifesto, titled “The Inconvenient Truth,” was a belief that is central to modern white nationalist and white supremacist ideology: the Replacement Theory, which argues that whites are being replaced by “non-whites” around the world. And the Replacement Theory has been a primary motivation in a series of deadly terrorist acts, from Pittsburgh to New Zealand to Virginia.

In “The Inconvenient Truth,” acts of terrorism are characterized not as extremism or murdering innocent people, but as acts of self-defense against a non-white “invasion.” And the manifesto openly praises the worst act of terrorism in New Zealand’s history: an attack on two mosques in Christchurch on March 15, 2019 that left 51 people dead. In the manifesto written before that attack, the Replacement Theory was specifically mentioned as a motive — and “The Inconvenient Truth,” in solidarity, asserts, “In general, I support the Christchurch shooter and his manifesto. This attack is a response to the Hispanic invasion of Texas.”

The so-called “invaders” cited are different in the Christchurch and El Paso attacks. The Christchurch attack was motivated by an irrational, paranoid fear of Muslims, while the El Paso attack, which left 20 people dead, was aimed at Latinos. But in both attacks, one finds variations of the Replacement Theory — which, in Europe, has been promoted by French writer Renaud Camus (author of the 2011 book “The Great Replacement”). As Camus sees it, an anti-white conspiracy is being carried out in order to “replace” whites in European countries with immigrants from the Middle East and North Africa. And in Camus’ mind, Europe as we know it will cease to exist if the “invasion” is not stopped. Typically, those in France who champion Camus’ views are also supporters of Marine Le Pen, leader of the racist National Front party, which won about one-third of the vote when Le Pen ran for president in France’s 2017 election and lost to President Emmanuel Macron.

The Replacement Theory was also a motivation in August 2017 at the Unite the Right rally in Charlottesville, Virginia, where white supremacists chanted, “Jews will not replace us, Jews will not replace us” and counter-demonstrator Heather Heyer was killed by an act of domestic terrorism. With the Replacement Theory, the targets of hate can vary — Jews in Charlottesville, Latinos in El Paso, Muslims in Christchurch — but the common denominator is a fear of diversity and a fear that white Christians are being “replaced” by “invaders.”

The Replacement Theory also appeared to be a primary motivation in the anti-Semitic terrorist attack on the Tree of Life synagogue in Pittsburgh in October 2018, when eleven worshippers were shot and killed. Before the shooting, white supremacist Robert Bowers, the suspect in the attack, posted online that Jews were conspiring to “bring invaders in that kill our people.”

In March, one person was killed and three were injured when a shooter attacked the Chabad of Poway synagogue in a San Diego suburb. And according to the San Diego Sheriff’s Office, the suspect posted a white nationalist manifesto prior to the attack that used Replacement Theory rhetoric and praised the Christchurch and Tree of Life attacks.

Heidi Beirich, director of the Southern Poverty Law Center’s Intelligence Project, has noted the role the Replacement Theory has played in a series of white supremacist and white nationalist terror attacks. Following the attack in El Paso on Saturday, Beirich told the Daily Beast that the terrorists are “trying to inspire others about the urgency of the moment. In particular with the New Zealand shooter, the Poway shooter and this guy in El Paso, you see these ideas building on each other. There’s no question these people are feeding off each other because they’re referencing prior manifestos. In the Poway case and the El Paso case, they both referenced Christchurch.”

In the post-9/11 era, the right-wing media has repeatedly promoted the myth that only radical Islamist groups like al-Qaeda are capable of terrorism and has downplayed the extreme violence that white supremacists and white nationalists are capable of. But the terrorist attack in El Paso over the weekend — not unlike the Christchurch and Tree of Life killings — shows how horribly flawed that thinking is. And the Replacement Theory is more than a bizarre conspiracy theory: it is, as the killing of 20 people in El Paso demonstrates, a primary motivation for deadly acts of terrorism.