"Wait a minute," Maria Bartiromo said as she pushed back on the Democratic presidential candidate's claim 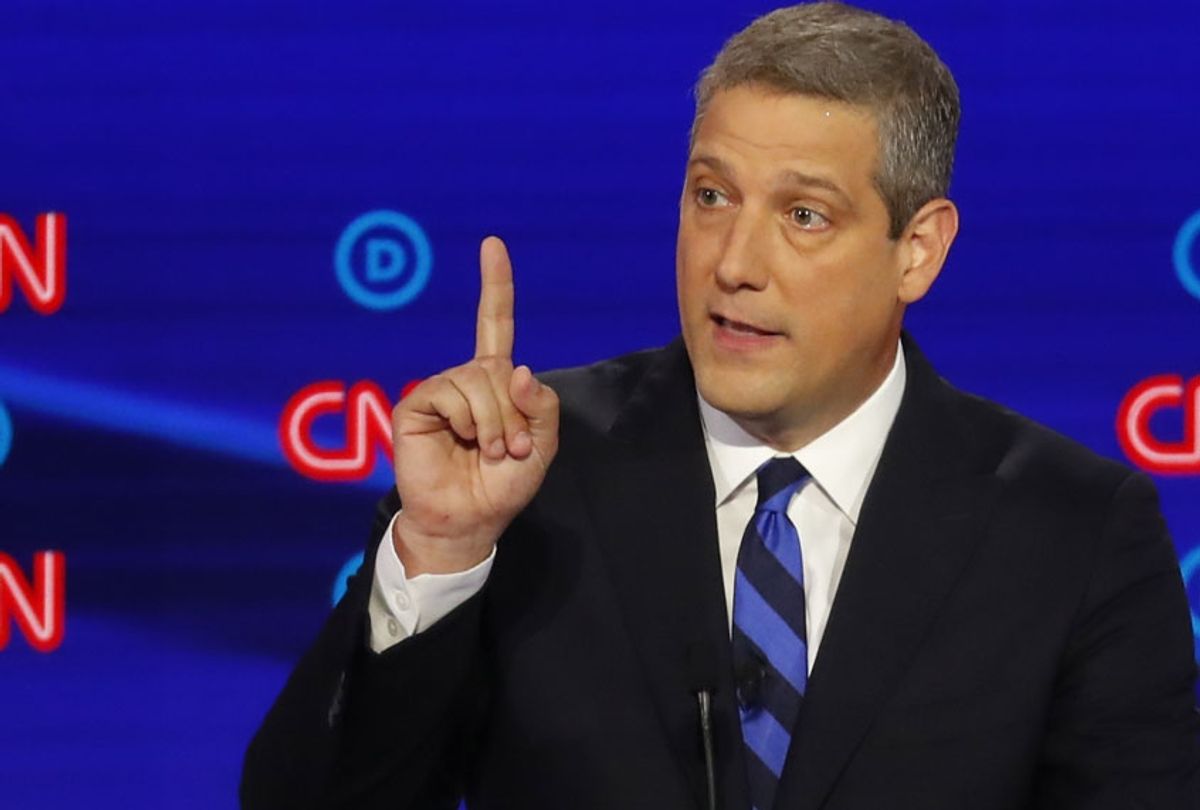 Democratic presidential candidate Tim Ryan argued to Fox News that the manifesto of a mass shooter in El Paso, Texas “could have come out of a Trump rally.”

“Let’s get back to work in Washington, do the background check bill that we passed out of the house, we’ve got to ban these assault weapons,” Ryan said.

The presidential candidate asserted that President Donald Trump has helped to create the environment that encourages mass shootings.

“The president has to take a leadership role in this,” Ryan insisted. “He’s got to stop being so divisive. He’s got to stop tipping his hat to the white nationalists and sometimes overtly to where he’s talking to some crazy guy that drives 10 hours to shoot Mexicans. What the hell are we talking about here? This is insane.”

“Wait a minute,” Bartiromo interrupted. “You’re saying a lot of things there and the president obviously came out and offered his condolences.”

“I’m saying I read the manifesto,” Ryan replied. “This person who committed the crime in El Paso wrote and it was all about Mexicans. It sounded like parts of it could have come out of a Trump rally. I mean honestly like this guy was going to kill Mexicans because of the environment that this president has created in this country.”

“He’s talking to people who get guns and drive 10 hours and go shoot Mexicans,” he added. “It's got to stop, Maria.”