Candace Bushnell on life after 50: "You have to figure out how to survive again" 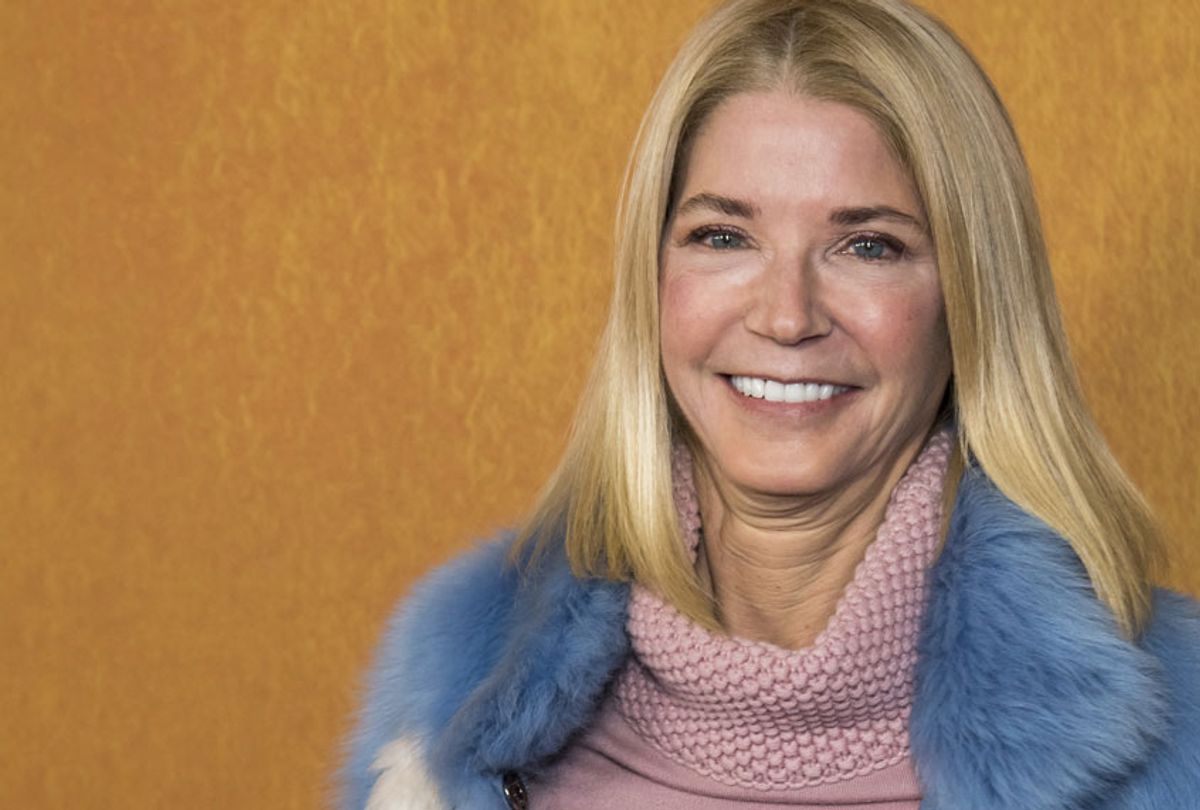 More than 20 years after first introducing us to her iconic world of friendship, love, and of course high heels, Candace Bushnell is back. And we couldn't help but wonder, "Is There Still Sex in the City?" That's the title of the ninth book by the New York Times bestselling author and television producer, who joined "Salon Talks" recently to discuss how she's guiding the cosmopolitan drinking generation through the new challenges and rewards of what she calls middle aged madness, or — as our bartenders now call us — "MAM."

It is a day of reckoning the first time you hear that 'ma'am" from across the bar.

It is. It is. I think I first heard that in my early 40s and that's always a shocker. But it is a real play on middle aged madness and ma'am. I suppose we should feel proud when someone says, "Oh, all right, ma'am." But there's always something that's slightly denigrating about it. I don't know why.

Even though you know you're out of your "miss" years. You've earned being out of them. But there must be something else. What would be better, Candace?

I was thinking of the letters PM, for postmenopausal. The whole menopause thing, it's like I need a map to identify where I am on this. It's very simple really. Women who are PM's, they are prime ministers of their own lives.

You've got a lot of these great clever catch phrases in this book. It wouldn't be a Candace Bushnell book without a whole lexicon of its own. One of the things I wanted to do today was go through some of the vocabulary that we need to get us through this different phase in our lives. I want to start with "cubs" and "catnip."

Cubs are young men who are on the prowl for older women. Usually on the younger man/older women relationship, the woman is called a cougar. And it's predatory, and she's after these guys. This is really the opposite. They're nice women. They could be from anywhere, they've had kids, they might even have kids who are in their late teens. They find themselves divorced. The first group of men who start hitting on you are often younger guys. They grew up in a different time so they don't have that taboo, they don't feel like older women are unattractive. They grew up with this idea that they are attractive.

Meanwhile, when you're in your 50s and you find yourself single, the men your age are not attracted to you because they think you're too old.

You describe women going on Tinder for the first time, after years out there safely ensconced in their relationships. They're going online and realizing, "I'm not having any matches because I'm looking at men my own age, and then I change the parameters a little."

That was what happened to me. I went on Tinder and Tinder automatically knows everything about you. You can lie, but Tinder knows your real age because they've gotten it somewhere in this morass of information about you. It decided that my age range was my age and maybe up to 65. What's interesting is in a lot of these algorithms the age does not go above 65. For instance, if I go on Instagram and I want to target people who are over 65, I can't.

It's a strangely kind of reverse sexist world out there. Things have changed quite a bit since I wrote "Sex and the City" when I was in my mid-30s.

You have a lot of glamour in this book, you have a lot that is a world many of us don't see, but you also really take on very serious issues. It's called "Is There Still Sex in the City?" and yet for a lot of the book you leave the city. You, the iconic — in so many ways, the quintessential — New York City woman.

What happened to me is there are things that happen to you psychically. It's part of nature and in a way it's a part of getting older. I really felt compelled to leave the city, and it's also something that seems to happen to other people as well at a certain point. People go back, but it's like all of a sudden everything becomes too much. For me, I heard everybody else's voice and I couldn't hear my own voice any more. I had to take a break and I feel really lucky and happy that I was able to take a break.

You still love New York, you're still a New Yorker.

The problem is you can never really leave New York. I've done this a couple of times in the past. I've had to take a break from New York for six months. I think once I took a break for maybe a year. But then, you've got to figure out how to get back.

It does. It keeps calling. And the fact is so many interesting things can happen to you in New York City in a day that just don't happen in other places. Everybody's doing things, everyone's trying.

I heard someone recently say that the thing about New York is that it's fun hell.

It is. It's physically difficult to live here. It's the noise. I'm making a little video about getting here. I basically had to go through a construction site, and mud puddles, and then climb up. But, this is New York though. That's the way it really is.

But you really also did love living away from the city. You write about bike riding, and being by the water, and having your dogs running around, and that sounds really nice.

It was, it was really nice. I was just feeling so stressed. I think that this is something that happens to a lot of people as we get older and into your 40s and early 50s. You feel like you're taking on everything and doing everything, and at some point it's just too much.

You talk about how it's different than it was in our parents' generation, when you would hit a certain point in life and you would organically start to be slowing down, and spending more time with your friends. Instead, we are becoming generations of men and women who reach a certain age and the walls start coming down on us. Divorce, depression, job losses, serious medical issues. It is not the "Golden Girls" years that we maybe thought we were going to get.

When you're young, you don't think about what your life is going to look like after 50, because we're so programmed to stop at that demographic. The reality is it's becoming a bigger and bigger and bigger demographic. And people are going to be living for another 30, maybe even 40, years, so it actually is a whole other section of your life. It's the equivalent of your life from 30 to 50, and we know how much happens in that time. That's when you can go from starting to realize your dreams to when you do realize your hopes about your career, and family. It doesn't just fade away into the sunset.

Often you have to figure out how to survive again. There can be a lot of downsizing.

And you were hit with all of that. You were very honest about that.

There's a lot of reinvention. When I was in my 50s, that was definitely a passage where I did feel bad. While I was writing the book, my father died and one of my best friends killed herself. I was really trying to hold it together. I think that makes the book legitimate, because these things happen to everybody and nobody talks about it.

You look at the cover of this book, and it's you very glamorous in high heels on the sofa. It is a glamorous book, but you open it with death. First chapter, right off the bat, your dog dies in front of you. You have the death of your father. You end the book with this other death that comes out of nowhere that is very shocking and upsetting. The way that you bookend it within this very glamorous, beautiful package feels very strategic. You're going to bring us into the story that's a little darker and harder than maybe we would have expected from you.

I think that people have this perception that somehow my books are light and fluffy and they're not. All of them are dark. "Four Blondes" is really dark."Trading Up" is really dark. But what happens over time as a writer as you become more commercial they clip, clip, clip that darkness back because readers don't want it, or there's a belief that readers don't want things to be too dark. I didn't want it to be about a book about women who have problems and they can't get out of them, because that's another reality. That's the really dark part, where it just would take so much more to explore that.

But there are people who go through this passage and they go down. They cannot get their sh*t together if you're on the border of, "Hey, I might dive into alcohol or drugs." This can be a period where there can be a certain hopelessness because you really can't see a future. Nobody says to people when you're 60, "Hey, this could be in your future. You could write a book, or you could do this." We consider those things to be anomalies for older people, when in reality it could be a lifeline to staying vibrant. All these life altering things hit you, and the instinct is, you're going to go deeper into the unhealthy coping mechanisms. People have a really hard time getting out and that I felt is too heavy. But the reality is the publishing industry they want you to cut out the dark.

It is. Somehow when you're younger stuff hits you, but you get through it and you have so much more to look forward to and strive to. With this, it just feels like one thing after another from the big to the small. You have to understand that there is loss, and it's about being able to deal with loss and move on and still be positive and still keep the sense of humor.

I can't let you go with asking about still being able to have a sense of humor about vagina rejuvenation. What got me was that men give it to their wives for their birthdays.

I've also in my life had two men offer to buy me breast implants. That probably goes back to this issue of the man is the one in control of all the money. And this is expensive.

The question that I get so much is, "If Carrie Bradshaw were young today, what would she be like?" I think that they're often asking, if she were in her 20s. In "Sex and the City," she was in her 30s for a very particular reason, because she was at that crisis turning point where you've got to figure out what your life's about. But if there were a Carrie Bradshaw character in her 20s she would definitely be all over Instagram.

People always think, "Would she be a writer?" I don't think she would be a writer. I think that she would probably be making videos on Instagram and doing all that. That would be the modern day "Sex and the City." Some girls going on dates, filming it, and putting it on Instagram.