You are no Carrie Bradshaw

The iconic heroine continues to be a horrible role model 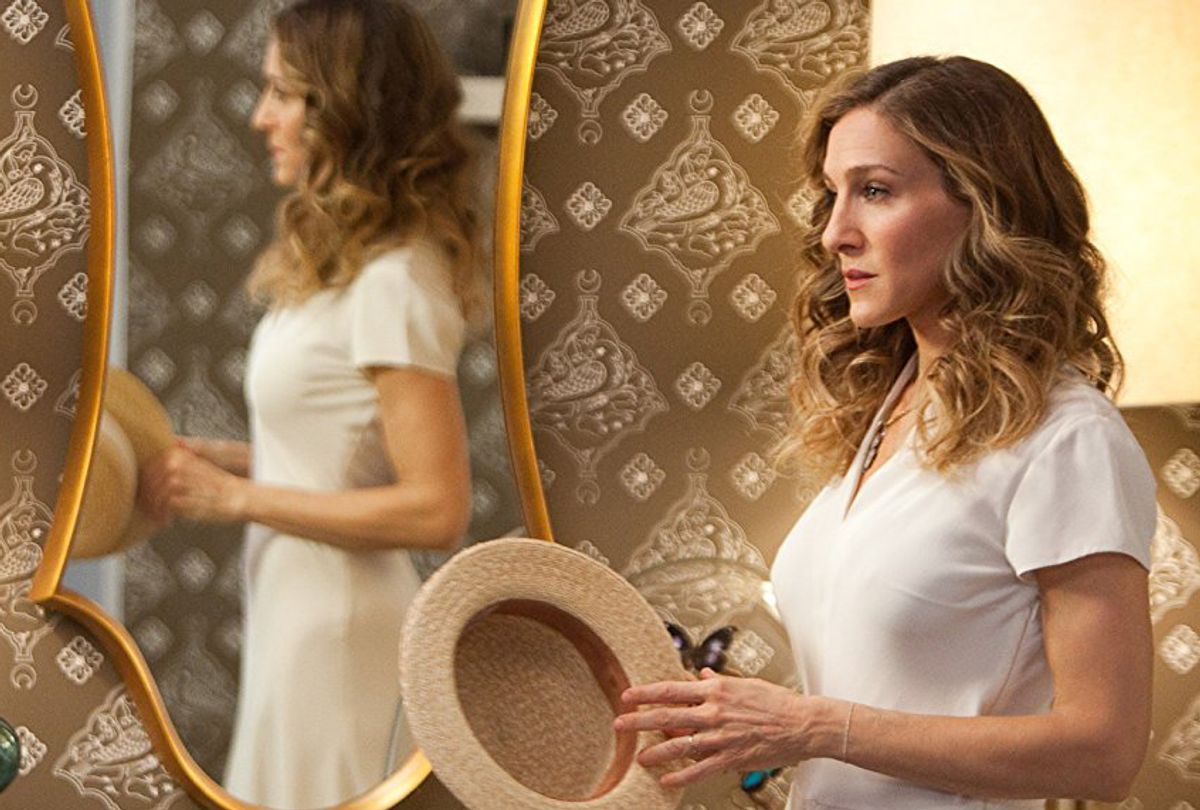 I don't care how many pairs of high heels you have in your closet. I don't care how often you sit in bars with your girlfriends offering emotional support over cocktails. I don't care how cute you think your dating anecdotes are. You're not Carrie. Nor you should ever aspire to be. Because girl, we all know that Carrie is awful.

A much hate-shared Washington Post piece this week on dating Jewish men served as a poignant reminder that no woman ever improves in anybody's estimation by comparing herself to the heroine of "Sex and the City." "And while I try not to look back after a relationship ends, to go full-on Carrie Bradshaw," the unfortunate author opined, "I couldn’t help but wonder if this was not just a coincidence but a pattern I should pay attention to." Considering that the author evoked the fictional figure in another piece just five months ago, I'd say we have a bigger troubling pattern to pay attention to.

Carrie's terribleness is an accepted element of her character. Two years ago, Babe decreed that "Carrie Bradshaw is the worst." How bad is she, precisely? We can count the ways. Ireland's Evoke mag has come up with "10 times Carrie was the worst friend EVER in Sex and the City." Elle found "16 Things About Carrie Bradshaw That Are the Worst." Buzzfeed discovered "21 Reasons Carrie Bradshaw Is Actually Really Annoying." And Stylecaster, going for top honors, found a whopping "35 Reasons I Think Carrie Bradshaw Is Kind of an A-Hole." The "kind of" is being generous. Even Sarah Jessica Parker herself has called Carrie "childish."

Carrie's ascension to aspirational figure is as baffling as it is persistent. Personally, as a white lady Manhattan writer with unruly hair and a dating history informed by my unresolved father issues, I do understand that Carrie possesses a certain degree of reliability, even for women whose lifestyles are more Payless than Manolo. I also know that fictional characters don't have to be perfect, or even likable, as Candace Bushnell's creation indisputably proves. Carrie smokes, oversleeps, hooks up with the wrong guys and gets splashed by passing busses. Who doesn't, AM I RIGHT, LADIES? Yet she also has an expensive wardrobe, hangs out all the time with loving friends, goes to great parties and ultimately lands a rich husband. She offers the promise that you can be messy and seemingly fabulous, irresponsible yet taken care of, a sex writer and still safely vanilla. In other words, yes, she's a familiar type. And if Carrie at her height had been on Twitter, she'd definitely have had a lively feed.

But it's one thing to be entertained by a character; it's another to think she somehow represents lifestyle goals. Let me tell you how bad Carrie is, because I've seen every episode. She is, by her own admission, emotionally slutty. She made Big's heart condition and Samantha's cancer all about her. She guilt tripped Charlotte into helping her pay for her condo so she wouldn't suffer the indignity of moving to... Weehawken. (I am still so angry about this. You were right the first time, Charlotte.) She cheated on her boyfriend while he was stripping her floors. She lives in New York yet only hangs out with other straight, well-to-do white women. She has one gay friend, who serves mainly as her adorable sidekick. She rarely ventures outside of her comfortable zone of race, class, gender and identity. She's the kind of person who waits to have a boyfriend to do things like go to Paris. She proudly describes herself as "untamed," like a beautiful horse, but she can't handle the Catskills. She can't even handle Staten Island. And yes, the world is full of women just like her. They are awful. Also, every single snippet from Carrie's successful newspaper column is just hideous, hideous writing, by the way.

Yet two decades after she first donned that iconic tutu, a certain patrician breed of women are still looking at Carrie and seeing themselves — favorably. The West Village stoop that served as her television front steps is a tourist destination, a shrine where young women regularly flock to gawk at the same place she once stubbed her cigarettes. Instagram is full of photos tagged with #carriebradshaw — images of shoes, cocktails and smiling white women who quote Carrie's wisdom to "Fall in love with yourself first." Because nobody has internalized the message to love yourself first quite as skillfully as the woman who fancies herself a Carrie.

Most of us have learned since the nineties that not all the hijinks of Jerry and George and Elaine and Kramer have aged well. We accept that Ross and Rachel were pretty toxic together. But Carrie, despite being an acknowledged literal nightmare, still holds a titanium grip on her ever renewing population of acolytes. She continues to validate a particular kind of female — that blissfully un self-actualized woman who believes kissing another girl makes for a wild night, that her besties are amazing but anyone younger and prettier is the enemy, that consumerism is a sign of discernment rather than shallowness, and that everything she has attained through exhorbitant privilege was instead earned through talent and effort. She's not a role model; she's Ivanka Trump with a curling iron. So if you think you're a Carrie, please, be something else instead. Be that other woman, boldly walking down the street with her head held high, wondering why those four obnoxious, self-absorbed ladies have to take up the whole damn sidewalk.