Amid a pair of mass shootings, Trump was spotted posing with a wedding party and golfing at his New Jersey club 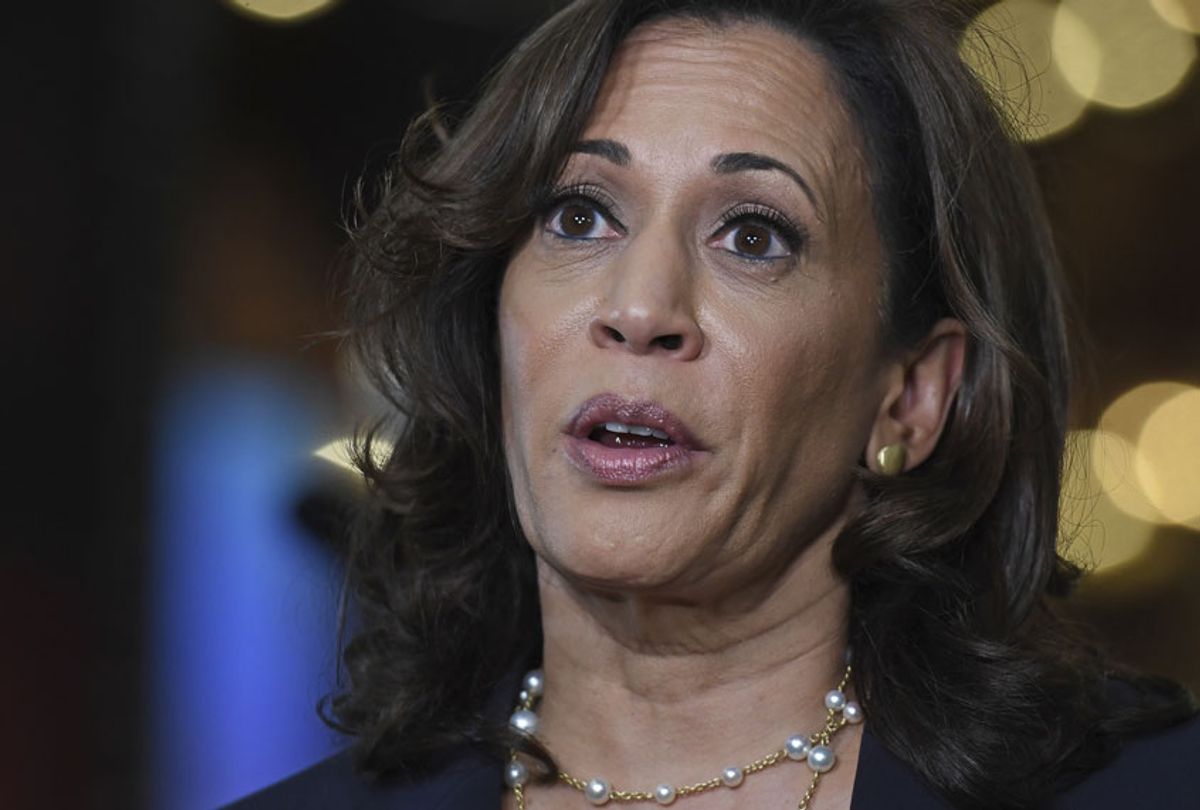 In the aftermath of a deadly pair of mass shootings, Democratic candidate Kamala Harris echoed former President Barack Obama's plea to all Americans to reject leaders that feed "a climate of fear and hatred" or normalize "racist sentiments."

But while Obama did not call out President Donald Trump, who spent the weekend at his golf club in New Jersey, by name, Harris challenged the commander-in-chief head on.

"On this issue in particular, [Trump] was playing golf for most of the day," Harris told CNN's Wolf Blitzer as she criticized the president's response to the carnage. "Are you kidding me? Blood is streaming, babies are being orphaned, and he’s playing golf."

In the wake of the first shooting in El Paso, Texas, which left 22 dead, Trump was caught on camera Saturday smiling with a wedding  party at Trump National Golf Club Bedminster. On Sunday, he was reportedly expected to spend the day golfing.

"At least for now, White House reporters are not expected to see President Trump today until he departs his Bedminster golf course after 4 pm," the AP's Jonathan Lemire tweeted early that morning.

Although he reacted to the mass shootings over the weekend on Twitter, the president did not publicly reject white supremacy until he addressed the nation back at the White House.

"In one voice, our nation must condemn racism, bigotry, and white supremacy," Trump said Monday. "These sinister ideologies must be defeated. Hate has no place in America.  Hatred warps the mind, ravages the heart and devours the soul."

Later that evening, Harris said that "when you look at the behavior, the action and the words of this current president, America deserves better.”

After Blitzer read aloud an excerpt from Obama's statement, the "Situation Room" host told his viewers that it was "clear he's referring to the current president."

In that excerpt, Obama wrote: “We should soundly reject language coming out of the mouths of any of our leaders that feeds a climate of fear and hatred or normalizes racist sentiments; leaders who demonize those who don’t look like us, or suggest that other people, including immigrants, threaten our way of life, or refer to other people as sub-human, or imply that America belongs to just one certain type of people.”

When it came to the implicit subject of the message, Harris agreed wholeheartedly with Blitzer.

"You just contrast the words, and you don’t even need to know who they’re coming from to know one are the words of a leader, and the other are the words of someone who does not understand and is not actually a leader," she said. "President Obama is absolutely spot on and has a history of being spot on on these issues."

Trump later pushed back on Obama by quote tweeting the "Fox & Friends" co-host Brian Kilmeade, who pointed to more than 30 mass shootings during Obama's tenure. Trump has repeatedly denied responsibility for inciting violence.

However, Trump repeatedly decried Obama's golf trips throughout his tenure.

In less than years in the White House, Trump has spent more time playing golf — and more money to play golf — than the Obama did in the entirety of his eight-year presidency.

You can watch Harris' appearance on the "Situation Room" below via CNN: