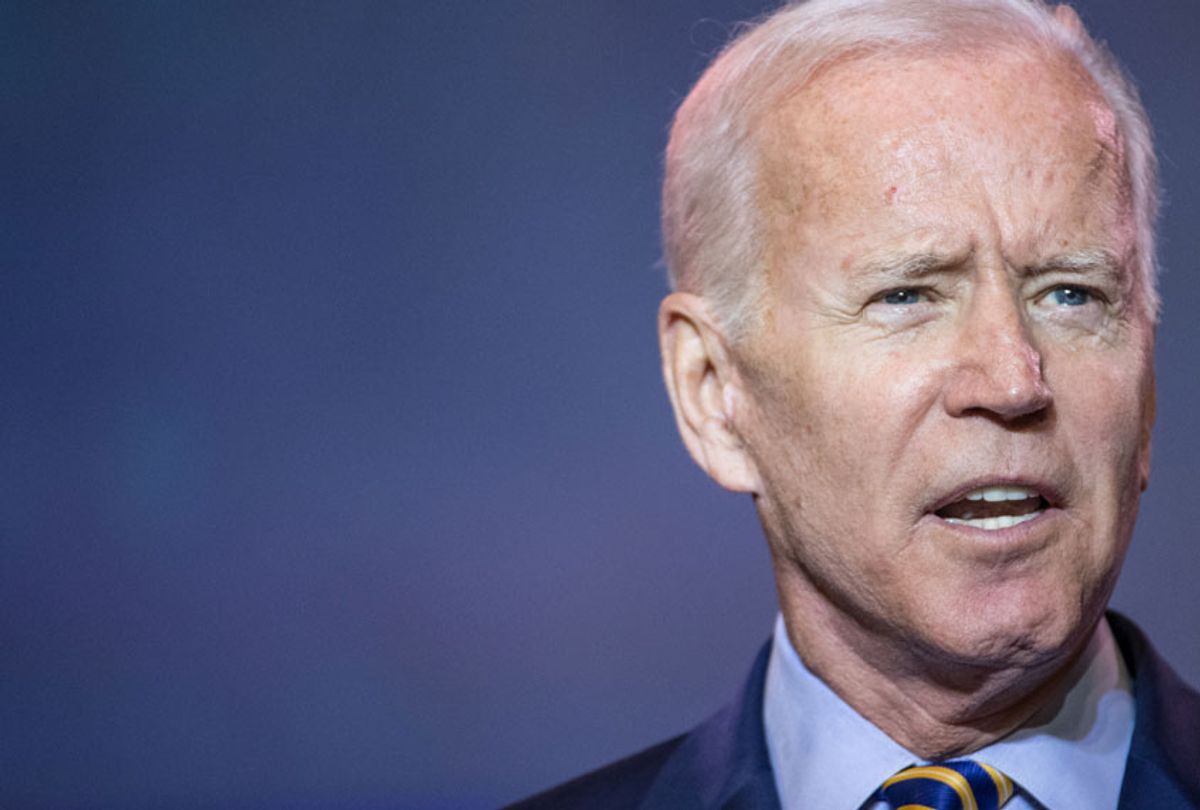 In the wake of a pair of deadly mass shootings that erupted over the weekend, Democratic presidential candidate and former Vice President Joe Biden fought back tears as he opened up to CNN's Anderson Cooper about his personal struggles with grief after losing members of his immediate family.

"It really takes a part of your soul . . . And what I tell people is that it's going to take a long time, but the person you lost is still with you — is still part of you," Biden said Monday.

Drawing from his own personal experiences, Biden offered advice on what he learned about the processes of grieving — and ultimately healing — to those Americans impacted by the recent massacres.

“They can’t do it now. They can’t think through the fog right now,” he said. "But, eventually, what will take you through is purpose. Find a purpose — something that matters, particularly something that connects you to the loss you just had.”

In 1972, Biden’s first wife and infant daughter were killed in a crash with a tractor-trailer while Christmas shopping. In 2015, Biden’s eldest son, Beau, died from brain cancer at just 46 years old. Biden's bond with his family and experiences with loss are closely intertwined with his political and public persona.

"I just remember being so angry — angry at everything," Biden said when discussing his former wife's accident. "And — I shouldn't say it — but angry at God. Just angry."

"And people would come up to me and say, ‘I mean well,' after, 'I understand.’ And you feel like saying, 'You have no idea. You have no idea,'" the former vice president continued. "You know they mean well, but the people who, in fact, have been through it? You know they understand, and it gives you solace that they made it. You just want to know, 'Can I make it through?'"

Offering himself as an example of making it through such tragedies, Biden stressed the importance of remembering “those family members you have left” and refraining from closing off to the rest of the world.

"I knew what he meant. He meant, ‘Dad don’t do what you want to do. You want to turn inward. You want to just wall yourself off. You don’t want to be part of it all," the former vice president added. "He just wanted me to make sure that the things that made my life — my whole life — I didn’t walk away from."

To this very day, the vice president turns to Beau as an example for his own life.

"I get up in the morning, and I think to myself, ‘Is he proud of me? Am I doing what he wants?’” Biden told Cooper.

The former vice president concluded the emotional interview by challenging the values put forth by President Donald Trump, accusing his his administration and its right-wing allies of not valuing the “uniqueness of America.”

“It matters — the stories of these people — for the public to understand that this is not just a statistic," Biden said of those impacted by gun violence. "This is who we are, who they are. It really is about reweaving that social fabric that holds our society together: honesty, decency, hope. Leaving nobody behind, giving hate no safe harbor — that’s who we are. That's who we are, and it’s the thing that holds us together."

"And I don’t see much of it coming from the far-right, and the Breitbarts of the world and this administration," the former vice president concluded. "It's the uniqueness of America."

You can watch Biden's full appearance on CNN below: