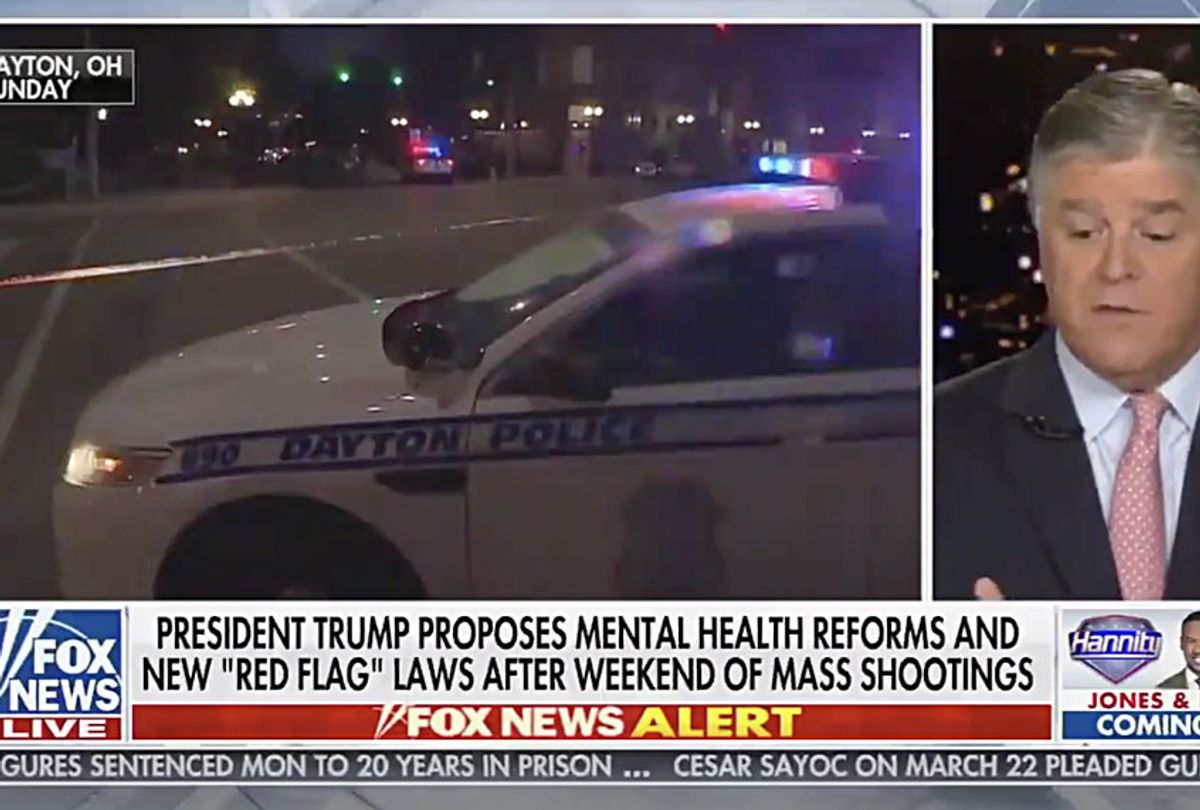 Fox News personality called Sean Hannity on Monday called for an armed occupation of every school and mall in America.

The right-wing host has been known to advise President Donald Trump and the White House on policy.

“I’d like to see the perimeter of every school in America surrounded, secured by retired police . . . military and I want guys to donate 15 hours,” Hannity explained.

“I think we could cover every school, every hour — add a metal detector. And I think we’re going to have better schools."

“Have one armed guard on every floor of every school, all over every mall, the perimeter and inside every hall of every mall.”