The great Texodus of 2020: How Republican retirements can finally change gun laws 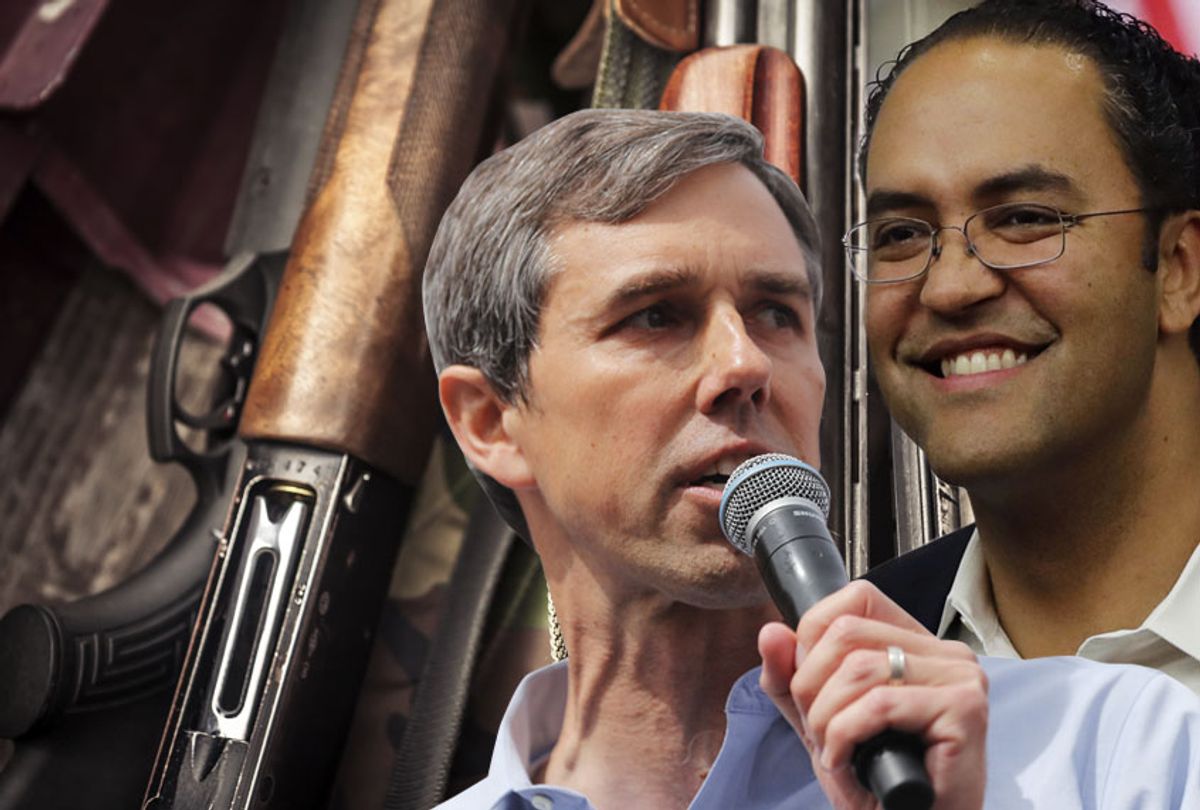 Correction: A previous version of this story erroneously stated that TX-24 does not have a Republican replacement in the running. Former Irving Mayor Beth Van Duyne filed to run for the seat shortly after Rep. Kenny Marchant’s retirement announcement on Monday.

Seven House Republicans have announced plans to retire in the last two weeks. Four are from Texas and their departures may be enough to turn the once Republican stronghold from red to purplish  — and drastically change the long-stalled gun debate in America.

What was once a reliably Republican state has been steadily trending away from the Grand Old Party in recent years. Republicans lost more than a dozen state legislative seats in Texas in the 2018 midterms when former congressman and now Democratic presidential candidate Beto O'Rourke gave GOP Sen. Ted Cruz the challenge of his political career, including 12 House seats and two Senate seats. Democrats now have a shot at finally breaking the GOP trifecta, which would be huge for federal redistricting state-level policy on issues like gun control.

Democrats also flipped two U.S. House seats in suburban areas that had been held by Republicans for 18 and 22 years respectively, during a year that brought a near-record number of Republican retirements. As electoral pickup opportunities grow with startling speed for Democrats in Texas, their House campaign arm has opened up an office in Austin ahead of the 2020 election. Donald Trump’s approval rating has dropped four points in Texas since he took office, and his disapproval rating has increased 12 points in that time, according to Morning Consult’s polling. The state used to be reliably 50% Republican, 40% Democratic, now it’s 48%-42% Republican, according to the latest University of Texas/Texas Tribune poll.

The Republican disadvantage blossoms as the base remains static in conservative rural districts while suburban districts lean to the left.  On Monday, Republican Rep. Kenny Marchant, who represents a suburban district northwest of Dallas, announced his surprise retirement. Like other Texas suburbs, Marchant’s district is increasingly diverse — with less than half of the electorate identifying as white, 23% as non-white Hispanic, 13% as Asian, and 11% black. Marchant only won re-election last year with a three percentage point advantage, after winning re-election by 33 percentage points in 2014. His margin of victory fell to 17 percentage points in 2016, when Donald Trump carried his district by only six points. Mitt Romney won the district by 22 points four years earlier. Four Democrats have already lined up to run for Marchant’s seat in 2020.

Marchant’s announced departure comes only days after fellow Texas Republican Rep. Will Hurd declared his plans to leave Congress. Hurd, the only black Republican in the House and the only Republican to represent a district along the southwestern border, was bound to face an intense re-election challenge. He defeated his Democratic opponent, Gina Ortiz Jones, by a little over 1,100 votes in last year’s midterms. The nonpartisan Cook Political Report moved Hurd’s district, which extends from San Antonio to El Paso and is larger than some states, from “tossup” to “leaning Democrat” upon announcement of his retirement.

Avery Jaffe, a spokesman for the House Democratic campaign organization, said in a statement that “if Will Hurd doesn’t believe he can keep his job in a changing Texas, his colleagues must be having second thoughts, too.”

Republican Rep. Pete Olson was clearly one such Republican. First elected in 2008 to represent Texas’ 22nd, a southern suburbs of Houston that has been represented by a Republican for all but two years in the past four decades, Olson only held on to his seat by five percentage points in 2018, compared with 19 points in 2016. That year the district went for Trump by eight percentage points, down from Romney’s 25 point margin of victory four years earlier.

In addition to the three competitive Texas seats given up by retiring Republicans, GOP Reps. John Carter, Mike McCaul and Chip Roy — all of whom represent suburban districts — could also face difficult races next year. The political realignment in the suburbs may mean that at some point in the near future Texas will more closely resemble Nevada than South Carolina. The GOP is also in deep trouble if Arizona, which has much the same demographic split as the Lone Star state, follows a similar path.

In total, 11 House Republicans have already announced their plans to retire or seek another office in 2020, compared to just three House Democrats. Two of 13 female incumbents — Representatives Martha Roby of Alabama, who despite voting with Trump most of the time has suffered politically for criticizing him for the Access Hollywood tape, and Susan W. Brooks of Indiana, who is charged with candidate recruitment — have also announced their retirement plans. The Democrats currently hold a 37-seat majority in the House. And a FiveThirtyEight composite of polls found that only 40 percent of voters favored Republican control of the House in 2020.

Of course, the path to any federal gun reforms runs through the Senate, not the House. But the sudden and unexpected rash of retirement announcements from GOP Texas incumbents is a big tell regarding the mood on the ground and that should worry Republican Sen. John Cornyn, who is up for re-election next year.