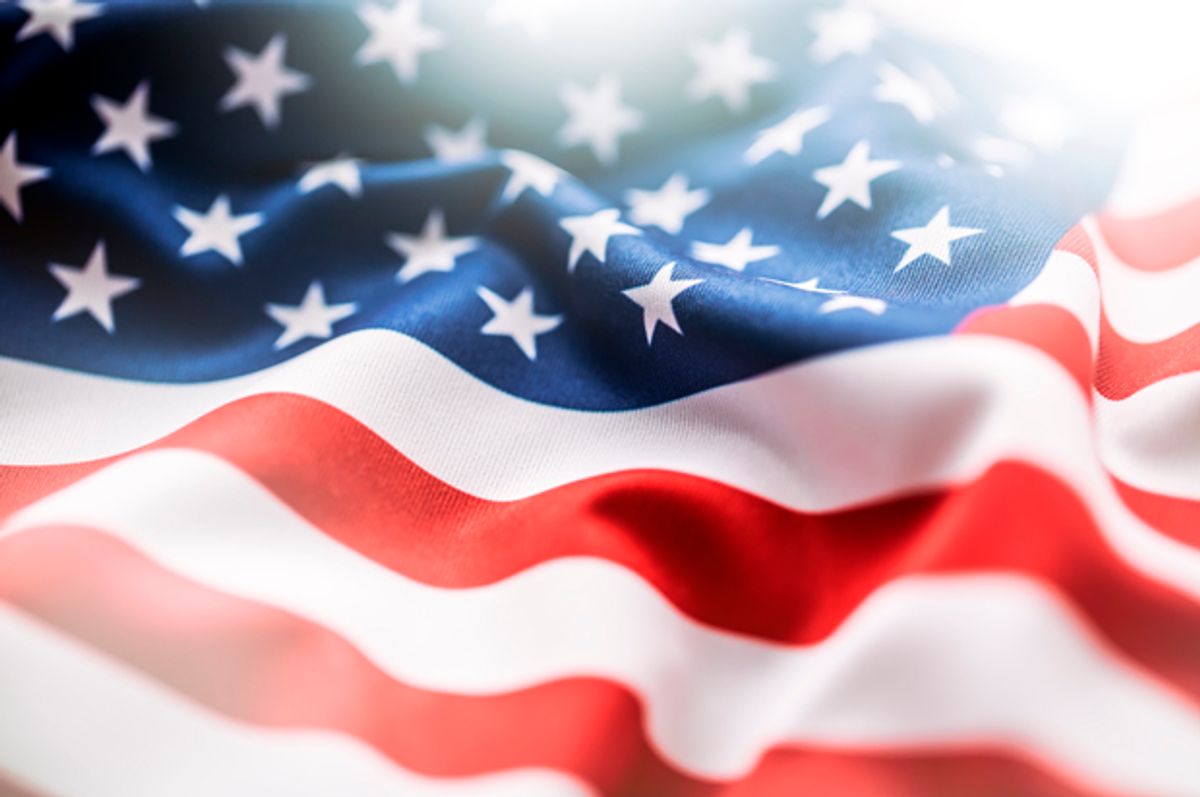 A Montana man was arrested on suspicion of felony assault after he allegedly slammed a teenage boy to the ground who did not take off his hat for the national anthem, authorities said.

The man allegedly said that the 13-year-old boy "was disrespecting the national anthem by wearing this hat."

"I heard him saying that in front of a lot of people," one witness told NBC News. "People were just shocked."

The suspect, 39-year-old Curt James Brockway, is "on a registry of violent offenders, stemming from a 2011 conviction for assault with a weapon," according to the news outlet.

The boy's mother, Megan Keeler, told CBS affiliate KTVQ that the attack happened shortly after she dropped off her child at the. Mineral County Fair.

“Dude come up and grabbed him by his neck, picked him up and threw him to the ground head first," Keeler said.

The boy was flown to Sacred Heart Children’s Hospital in Spokane, Washington, after receiving temporal skull fractures from the alleged assault, according to KTVQ. Keeler said her son bled from his ear for nearly six hours.

Decorum surrounding the anthem has become a hot-topic in national political discourse in recent years after President Donald Trump publicly criticized former NFL quarterback Colin Kaepernick for his decision to take a knee during its playing as he protested racism and police brutality in America.

"Wouldn’t you love to see one of these NFL owners — when somebody disrespects our flag — to say, 'Get that son of a b*tch off the field right now — out. He’s fired. He’s fired,'" Trump said at a 2017 rally.

In May 2018, the NFL announced a rule barring players from protesting the national anthem on the field, which subjected them to fines. That July, the policy was put on hold. But that did not stop the Daily Caller from using its far-right megaphone to advocate for the implementation of more severe consequences.

"While the NFL only just settled on a 'punishment' for these disrespectful players, a lot of people think that there should be a more drastic penalty for their behavior," contributor Annie Caputo wrote in an article titled, "HOW DO YOU THINK NFL ANTHEM-KNEELERS SHOULD BE PUNISHED?"

Caputo included six possible consequences: termination of contract, one month's pay docked, one-year suspension, deportation, spanking and forcing players to be restrained in the torture device known as the Stocks. The article by Caputo has since been updated.