While authorities are still trying to determine a motive for the attack, they have uncovered a "target list" 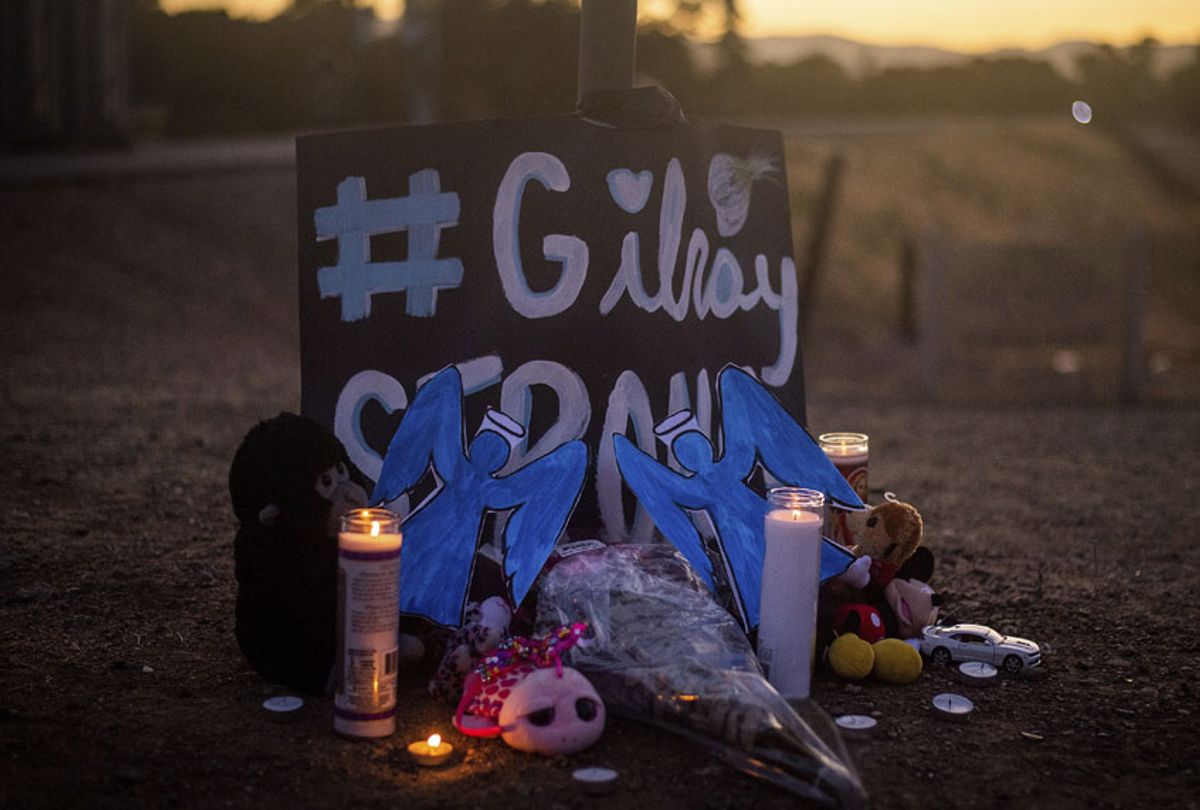 The FBI announced Tuesday that it has opened a domestic terrorism investigation into last month's mass shooting at the Gilroy Garlic Festival in California, which left two children and one adult dead.

Investigators are still working to determine a motive for the attack, but they have "uncovered evidence . . . that the shooter was exploring violence ideologies," John Bennett, special agent in charge of the San Francisco FBI, said at a news conference.

A review of the suspect's digital media turned up a list which may have indicated potential targets of violence, including "religious institutions, federal buildings, courthouses, political organizations from both major political parties and the Gilroy Garlic Festival."

Stephen Romero, 6, Keyla Salazar, 13, and Trevor Irby, 25, were killed. The shooter also died from a self-inflicted gunshot wound, police said. Dozens more were injured in the shooting, including Stephen's mother and grandmother, who were at the festival with him.

Federal authorities could not open a domestic terrorism investigation until they found the existence of a potential federal violation, unlawful use of force or violence and "most importantly, the existence of ideological motivation," Bennet said.

"We have to determine that the individual's ideology caused them to commit the act of violence," he explained.

Earlier on Tuesday, the FBI Agents Association, or FBIAA, urged Congress to make domestic terrorism a federal crime that would no longer require the establishment of ideology.

"Domestic terrorism is a threat to the American people and our democracy," Brian O'Hare, the association's president, said in a statement. "Acts of violence intended to intimidate civilian populations or to influence or affect government policy should be prosecuted as domestic terrorism regardless of the ideology behind them."

Making that change, O'Hare said, "would ensure that FBI Agents and prosecutors have the best tools to fight domestic terrorism."

Federal authorities are also treating the shooting at a Walmart in El Paso, Texas, on Aug. 3, which occurred less than a week after the Gilroy attack, as a case of domestic terrorism. The gunman in El Paso killed 22 people, which investigators are also probing as a possible hate crime.

"This is a domestic terrorism case," U.S. Attorney John Bash said Sunday of the El Paso shooting. "This meets it and appears to be designed to intimidate a civilian population, to say the least."

Scot Smithee, Gilroy's chief of police, said Tuesday that the shooter was wearing a bullet-resistant vest and fired about 39 rounds during the shooting. He said three police officers engaged the gunman less than a minute after he started firing, and those officers fired 18 rounds. Some of them hit the gunman, although the Santa Clara County coroner ruled the gunman died from a self-inflicted gunshot wound.

Smithee said authorities found a 75-round drum magazine for the suspect's rifle, which still had 71 rounds left. He also had two 40-round magazines, and an additional 40-round magazine was found on or near him.

A shotgun was discovered in a car belonging to the suspect, Smithee said. And a backpack that was found contained two loose rounds for the rifle, a rifle scope, a flashlight, a shovel and additional ammunition.

Authorities said Tuesday they still do not yet have a motive.

"I know nothing that we say or do can ever bring back your loved ones but . . . everything is being done with you in our minds," Bennett said.