The pop star breaks her silence on her 2016 election ... silence ... in a Vogue cover story for the September issue 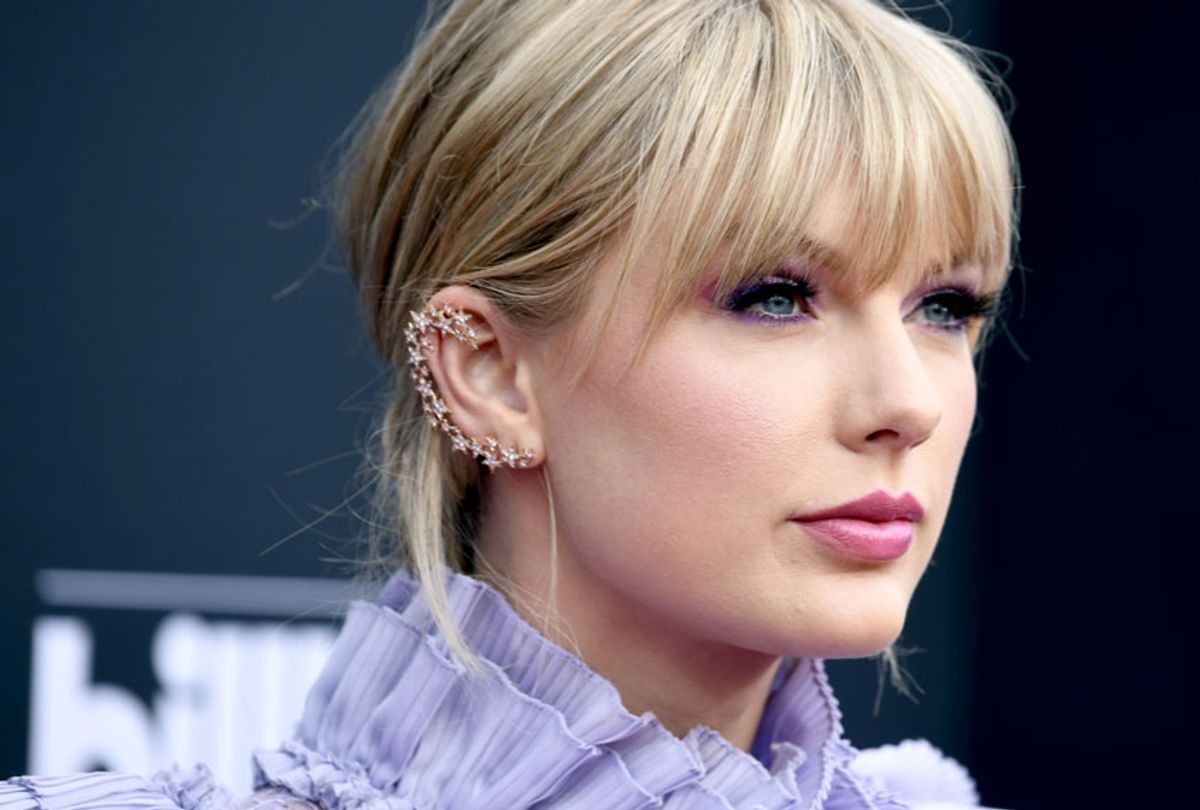 The “Taylor Swift effect” was a term coined by the media in October 2018 when voter registration spiked after the singer encouraged her followers to make sure they were registered for the midterm election. Within 24 hours after the post, there had been 65,000 registrations. (Was Swift herself responsible for all of those registrations? Data analysis verdict was "maybe.")

In her post, Swift also endorsed Tennessee Democrats Phil Bredesen and Jim Cooper, who were running for the Senate and House of Representatives, respectively. This broke a lengthy silence from Swift on the topic, as CNN’s Sandra Gonzalez pointed out in her report, “Taylor Swift no longer mum on politics.”

“By her own admission, Swift has been ‘reluctant’ to voice her political opinions in the past, but, she said in an Instagram post, ‘due to several events in my life and in the world in the past two years, I feel very differently about that now,’” Gonzalez wrote.

And now, in a Vogue cover profile for the magazine’s storied September issue, Swift has explained her silence during the 2016 election — a decision that was met with some criticism as other celebrities, including erstwhile rival Katy Perry, used their platforms to advocate for Hillary Clinton.

“Unfortunately in the 2016 election you had a political opponent who was weaponizing the idea of the celebrity endorsement,” Swift told Vogue. “He was going around saying, ‘I’m a man of the people. I’m for you. I care about you.’ I just knew I wasn’t going to help.”

She continued: “Also, you know, the summer before that election, all people were saying was, ‘She’s calculated. She’s manipulative. She’s not what she seems. She’s a snake. She’s a liar.’ These are the same exact insults people were hurling at Hillary. Would I be an endorsement or would I be a liability? Look, snakes of a feather flock together. Look, the two lying women. The two nasty women. Literally millions of people were telling me to disappear. So I disappeared. In many senses.”

Swift is referring to the backlash she suffered over her public argument with Kim Kardashian West and Kanye West, which left her “cancelled” in the minds of many music fans. Admittedly, the situation was winding and complicated — as I wrote about in July, in light of Swift’s ongoing feud with music producer Scooter Braun.

Here are the basics: Kardashian and West are married. West interrupted Swift’s time on 2009 MTV Music Awards stage because he believed Beyoncé's "Single Ladies” should have won the award for best music video over Swift’s “You Belong With Me,” but the two stars later made up.

But after West released “Famous,” Swift's fans cried foul because of a line in the song that said, “I feel like me and Taylor might still have sex / Why? I made that bitch famous.”

West claimed he’d been given permission to use it. Swift’s publicist told Buzzfeed News that wasn’t the case. “Kanye did not call for approval, but to ask Taylor to release his single ‘Famous’ on her Twitter account,” the statement said. “She declined and cautioned him about releasing a song with such a strong misogynistic message. Taylor was never made aware of the actual lyric, ‘I made that bitch famous.’”

After some public back and forth, Kim Kardashian finally responded with a video of Kanye on the phone, rapping the song to Swift, including the line “I feel like me and Taylor might still have sex.”

“I think this is a really cool thing to have,” West said, to which Swift replied, “I mean it's like a compliment kind of.”

On Instagram after the recording's release, though, Swift pointed out that the line to which she objected was not part of Kardashian's recording: "Where is the video of Kanye telling me he was going to call me 'that bitch' in his song? It doesn't exist because it never happened."

Following the exhausting public debate around West's song and Kardashian's recording, Swift stayed pretty quiet until the release of her 2017 album “Reputation.”

“When you say someone is canceled, it’s not a TV show,” Swift told Vogue. “It’s a human being. You’re sending mass amounts of messaging to this person to either shut up, disappear, or it could also be perceived as, ‘Kill yourself.’”

Where “Reputation” as an album was interpreted as the completion of Swift’s transition from bubbly country-tinged teen singer to mature pop star (or, as Pitchfork said, a “goodbye to maple lattes and hello to whiskey on ice”), Swift’s upcoming album “Lover” features at least one song with an overtly political message.

In “You Need To Calm Down,” which was released in June, Swift tells homophobes quite literally to “calm down.” The music video isn’t without flaws; as journalist Logan Roper wrote, the portrayal of those who oppose equal rights solely as rural trailer park residents reinforces narrow minded stereotypes about Appalachia. But it was also praised for its call to viewers to donate to GLAAD.

LGBTQ celebrities including Ellen DeGeneres, Todrick Hall, the cast of "Queer Eye," RuPaul, and Laverne Cox participated in its filming.

Earlier that month, Swift had written an open letter to Tennessee’s Republican Senator Lamar Alexander in support of the Equality Act.

The bill is an expansion of the Civil Rights Act that prohibits employers from discriminating against anyone because of their sexual orientation and/or gender identity. She wrote: “The fact that, legally, some people are completely at the mercy of the hatred and bigotry of others is disgusting and unacceptable.”

Swift’s album “Lover” will be released on August 23, and now that her silence on politics has been breached, it will be interesting to see if she continues pairing her music with a mission.