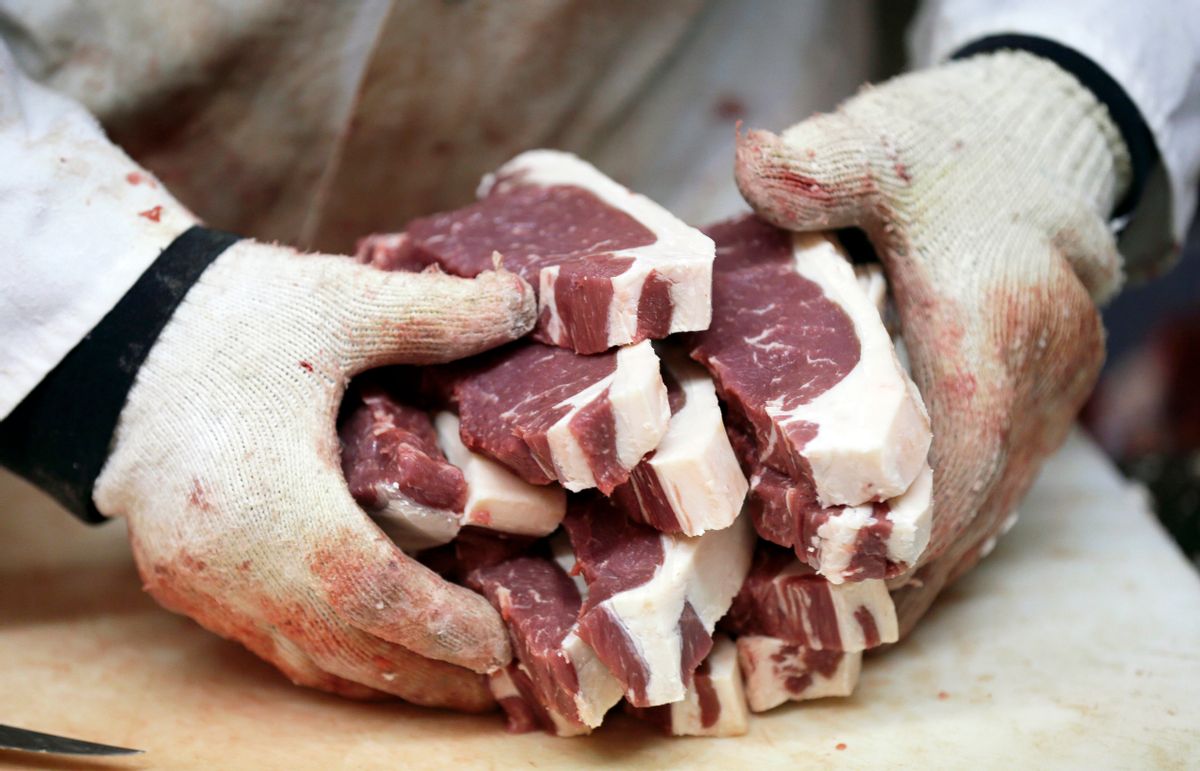 On Thursday, the United Nations published a forceful report declaring in order to stop a climate catastrophe, countries must make major changes to how they manage farmland, forests, and food. The Intergovernmental Panel on Climate Change’s (IPCC) special report focuses on an interesting paradox: humans were able to advance as a species due to the unique ways in which we cultivate land, yet our destructive land-management patterns create 23 percent of all human-caused greenhouse gas emissions.

The vast effect humans have on Earth’s land is unprecedented. According to the report, human use affects more than 70 percent of Earth’s global, ice-free land surface. The researchers of the report state there is an opportunity to use land differently to emit less carbon, conserve, and restore what has been lost, but there is not one single, simple solution. A shift in land management would require a massive overhaul of our agriculture systems and, thus, our diets.

“It really calls on us to think across the entire food production chain,” Debra Roberts, co-chair of the IPCC’s Working Group II, said during a press conference announcing the findings. “There’s no single silver bullet. It means we’re going to have to tackle complex issues and complex needs.”

The report specifies that a plant-based diet, an overall change in consumption patterns, could have a high likelihood of reducing greenhouse gas emissions.

“Examples of healthy and sustainable diets are high in coarse grains, pulses, fruits and vegetables, and nuts and 46 seeds; low in energy-intensive animal-sourced and discretionary foods,” the report states, adding meat alternatives derived from plant products may help, but their carbon footprints are uncertain.

Hans-Otto Pörtner, an ecologist who co-chairs the IPCC’s working group on impacts, adaptation and vulnerability, told Nature that researchers don’t want to tell people what to eat, though notes that if rich countries consumed less meat, that would help tackle climate change. Pörtner added that it would help “if politics would create appropriate incentives to that effect.”

The report comes at a politically important moment in the United States, as Democratic presidential candidates have been presenting and debating their climate change plans. Notably, none of these explicitly called for a major shift in the American diet. America consumes the most meat per capita, according to 2016 data from the OECD-FAO Agricultural Outlook 2017-2026. An American citizen eats an average of 213 pounds of meat a year.

One environmental group says that is fine, as long as there are plans to change how our food is grown.

“Changing diets is hard; changing how we farm to reduce emissions and store carbon is easy,” Scott Faber, a spokesperson for the Environmental Working Group Action Fund, told Salon in an email.

Faber added that the time for “climate wish-lists is over” when it comes to supporting and advocating for presidential candidates with climate change plans.

“Simply rejoining the Paris Accord – without a credible plan to meet even tougher targets — is not enough,” Faber said:

We need action. First, we need to eliminate subsidies for fossil fuels, including leases on federal lands. Second, we need Congress to actually adopt ambitious policy reforms, like a national renewable electricity standard that can boost wind and solar production to at least 50% by 2035. Third, we need to dramatically increase federal incentives for the deployment of electric vehicles. Fourth, we must do much more to reward farmers who reduce fertilizer emission sand store carbon in the ground.

Faber said candidates should be evaluated based on their ability to deliver results, not speeches. “More hot air is not the solution for an overheated planet,” Faber said.

In an email, Political Director Ariel Hayes told Salon that the Sierra Club is happy to see climate change being at the forefront of debates, and to see comprehensive plans being proposed. Yet merely proposing 100 percent clean energy does not make for a good climate plan policy, Hayes said, adding that real change will not happen without “centering the transition on workers and communities that have been saddled with pollution for generations.”

“No serious plan can expect the corporate polluters that have made trillions polluting our communities will suddenly change and become willing partners, nor can a plan rely on innovating ourselves out of the crisis,” Hayes added. “Most of all, no serious plan can rely on a defeatist approach that focuses on the mass relocation of communities.”

Greenpeace has published an ongoing report card to rate the climate plans of all 19 Democratic candidates. The scorecard is updated when a candidate’s plans change. Former Vice President Joe Biden, who is leading the polls as a democratic presidential candidate, initially received a D- in May for his climate plan. Today, he has a B+.

“He [Biden] recently told a Greenpeace activist he supports phasing out coal, oil, and gas — including banning fossil fuel exports,” Greenpeace says on the report card. “He signed the No Fossil Fuel Money Pledge. But he still has a ways to go when it comes to confronting the fossil fuel industry.”

Jay Inslee, the governor of Washington, has consistently had the highest ranking on the report card — which is not a surprise, since he is the only Democrat who has turned fighting global warming into the centerpiece of his campaign agenda. In an interview with Salon’s Matt Rozsa, Inslee said he is focusing on climate change because “we are facing the conclusion of a place to live that would be unrecognizable, and what year or decade that actually becomes the cliff is unknown, but it is out there and we are now facing very severe damage already today.”

While there has been talk about transforming the agriculture system in the Green New Deal, such as a major reduction in livestock production — which Inslee’s plan expands on in some ways —  there has been little discussion of moving society toward a plant-based diet. In part, this may be because diet and food are emotionally charged issues.