Conservative writer George Will: Trump is a "national embarrassment" 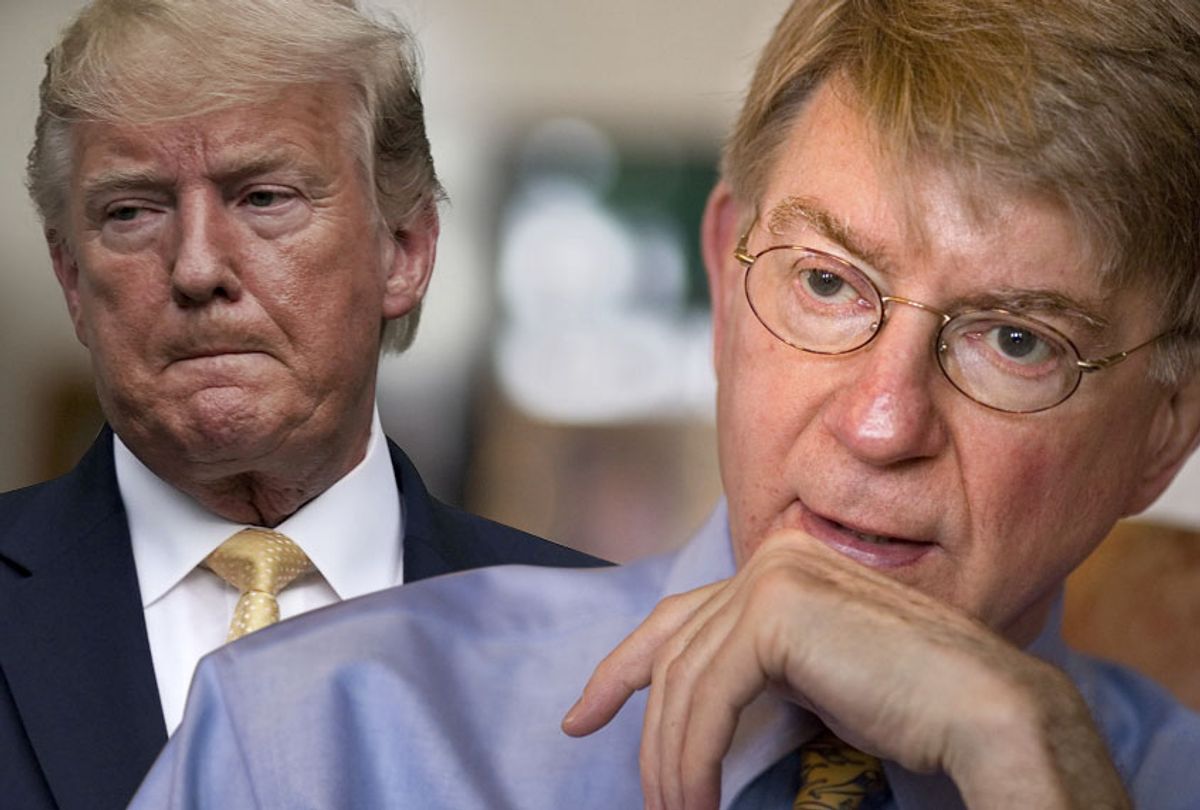 In a new column this week, conservative writer George Will said clearly what many of his ideological brethren have been unwilling to say.

“It is not implausible to believe that Trump’s years of sulfurous rhetoric — never mind his Monday-morning reading, seemingly for the first time, of words the teleprompter told him to recite — can provoke behaviors from susceptible individuals, such as the alleged El Paso shooter,” Will wrote. “If so, those who marked ballots for Trump — we have had quite enough exculpatory sociology about the material deprivations and status anxieties of the white working class — should have second or perhaps first thoughts. His Republican groupies, meanwhile, are complicit.”

Will, who left the GOP after Trump’s takeover of the party, connected the attack in El Paso directly to Trump’s own rhetoric. Specifically, he opened the piece by describing Trump’s May 8 rally in Florida when the president cheerfully took up the suggestion from a fan who said we should “shoot” immigrants at the U.S.-Mexico border.

“Only in the Panhandle you can get away with that statement,” Trump said with a grin.

“This president is not just one prompting from the social environment; he, in his ubiquity, thoroughly colors this environment, which becomes simultaneously more coarse and less shocking by the day,” wrote Will.

But Trump’s violent rhetoric, which many have observed, points out an “essential fact” about the president, Will argued: “Trump’s fascination with what he utterly lacks and unconvincingly emulates: strength.”

While no longer a Republican, Will hasn’t taken the steps some other anti-Trump conservatives have of openly embracing Democrats and rethinking many of his old positions. But the op-ed shows that he takes seriously the role Trump plays in spreading racism and white supremacy, a fact even many Trump-skeptical conservative writers are eager to dismiss. He acknowledges that the party has been utterly corrupted by the president and that Trump’s persistence in power is a deep stain on and danger to the nation.