How big brands could solve the gender pay gap in sport

Women’s sports have been stuck in a boom-and-bust cycle for the past 20 years. It’s time to start a new narrative 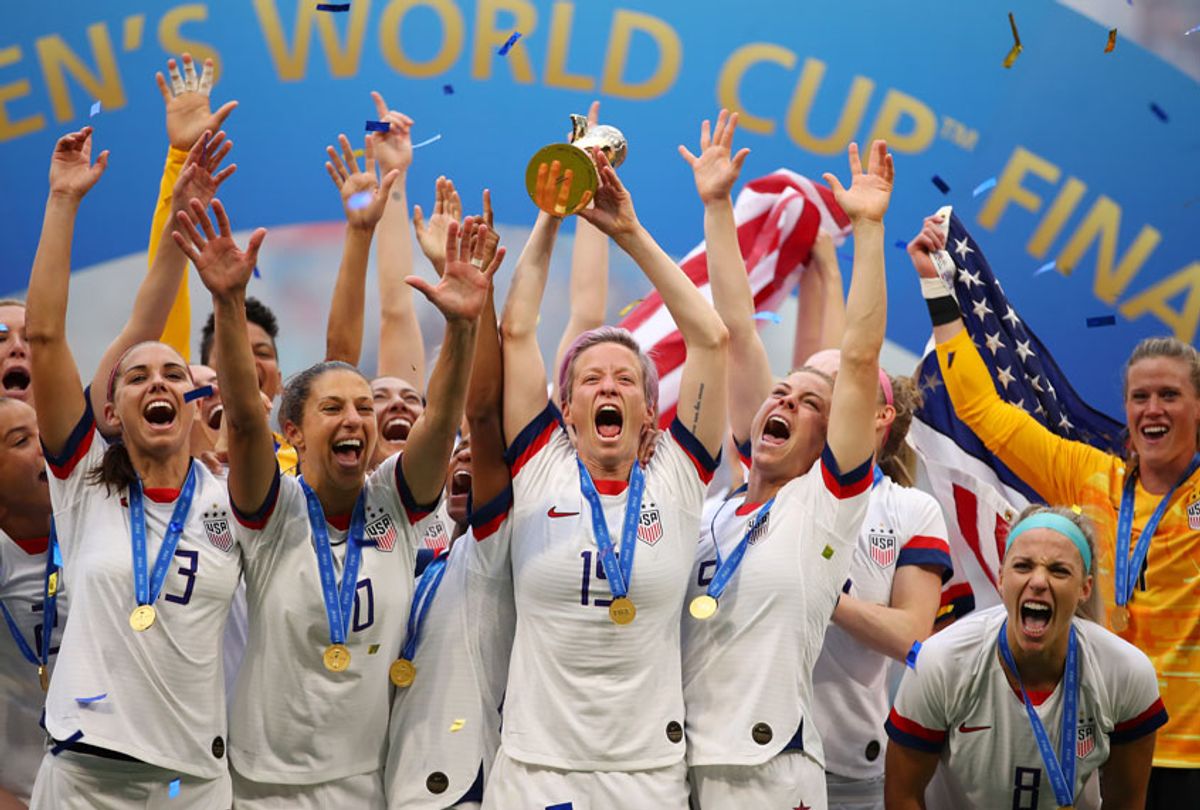 Once upon a time, a team of phenomenal female athletes won a championship in spectacular fashion. Their victory received significant media attention, inspired a generation and motivated a mass uptick in sport participation. The accomplishment was widely celebrated and pundits labelled it a pivotal moment in sport history.

This blip in the news cycle then wrapped up. The superstar athletes returned to their regular lives, and the rest of the world returned to its regularly scheduled sports programming.

This was 20 years ago when Brandi Chastain famously led the United States to a World Cup victory in 1999.

We’re experiencing a similar afterglow today following the grand accomplishment of another extraordinary team of sportswomen.

It’s the same warmth of inspiration that now predictably follows all mega sporting events that feature female athletes at their best.

What have we learned?

Highlighting exceptional athletic feats with the right mix of hype and media coverage sparks interest in women’s sport. FIFA estimates this year’s Women’s World Cup drew more than a billion viewers. Television records were broken around the world. The round of 16 match between Brazil and France garnered an audience of almost 59 million people, making it the most viewed women’s soccer match of all time.

In response to the massive outpouring of support for the women’s tournament, FIFA president Gianni Infantino got positive media attention for announcing that the 2023 Women’s World Cup would expand from 24 to 32 teams and double the tournament’s total prize money to US$60 million.

Context is key though. The 2022 Men’s World Cup has earmarked $440 million in prize money, not including the bonuses provided by national federations. This amounts to, at minimum, a $380 million pay gap between FIFA’s men’s and women’s championships.

When it comes to pay inequity, that’s just the tip of the iceberg.

The most recent U.S. Women’s National Team lawsuit crunched the numbers to illustrate the alleged pay discrimination within the United States Soccer Federation.

This argument dramatically oversimplifies the issue and fails to take into consideration the environmental and cultural factors that so powerfully hinder earning potential in women’s sport.

Inequities exist around playing, training and travel conditions. There is disproportionate investment in long-term player development, lopsided promotional budgets and severely limited merchandising opportunities. The U.S. women’s team lawsuit specifically argues that inferior marketing budgets are routinely coupled with reduced ticket prices and used as tactics to “manufacture revenue depression,” which can be “used as pretext for lower compensation.”

All of these factors must be taken into account when considering compensation structure — something the U.S. Soccer Federation’s recent pay analysis failed to do. Male-versus-female compensation is not an apples-to-apples comparison. Women in sport are consistently asked to accomplish more with less.

The good news? One of the tenets of institutional theory suggests that organizations look to their environment for clues to understand appropriate courses of action. Sport federations are historically slow to adapt to
change, but big corporate brands have the flexibility to be more nimble. While women’s sports now account for just 0.4 per cent of sport sponsorship spending, we’re beginning to see some evidence that suggests a potential sea change.

Notably, Budweiser announced it would become the first official beer sponsor of the U.S. National Women’s Soccer League on the heels of the women’s victory. Their #WontStopWatching tagline implied a deeper understanding of the issues at hand and how they might be able to best leverage their power to affect change.

Procter and Gamble, an official sponsor of U.S. Soccer, urged the governing body to “be on the right side of history” in a full-page ad in the New York Times while simultaneously announcing a US$529,000 donation in support of closing the gender pay gap.

Visa recently mandated that 50 per cent of its official sponsorship go towards the women’s team in its new deal with U.S. Soccer.

Luna Bar announced it would make up the difference between the women’s and men’s World Cup roster bonuses by paying out US$31,250 to each of the 23 players on the U.S. women’s team.

Just imagine if a company like this also used its clout to demand equal pay.

The business model in sport is changing. These brands have not suddenly become more philanthropic. They’ve realized the market potential of women’s sport and have their finger on the pulse of a broader cultural turning point.

The fact is, brands have the power to be incredibly influential allies in this quest for change. And there is power in numbers. If more brands were to realize the full weight of their influence in the sporting sphere and demand gender equality in sport, we would collectively be able to put a much deeper crack in that glass ceiling.