Comparing Trump to Chernobyl, Scaramucci says GOP may need to find a new nominee for 2020 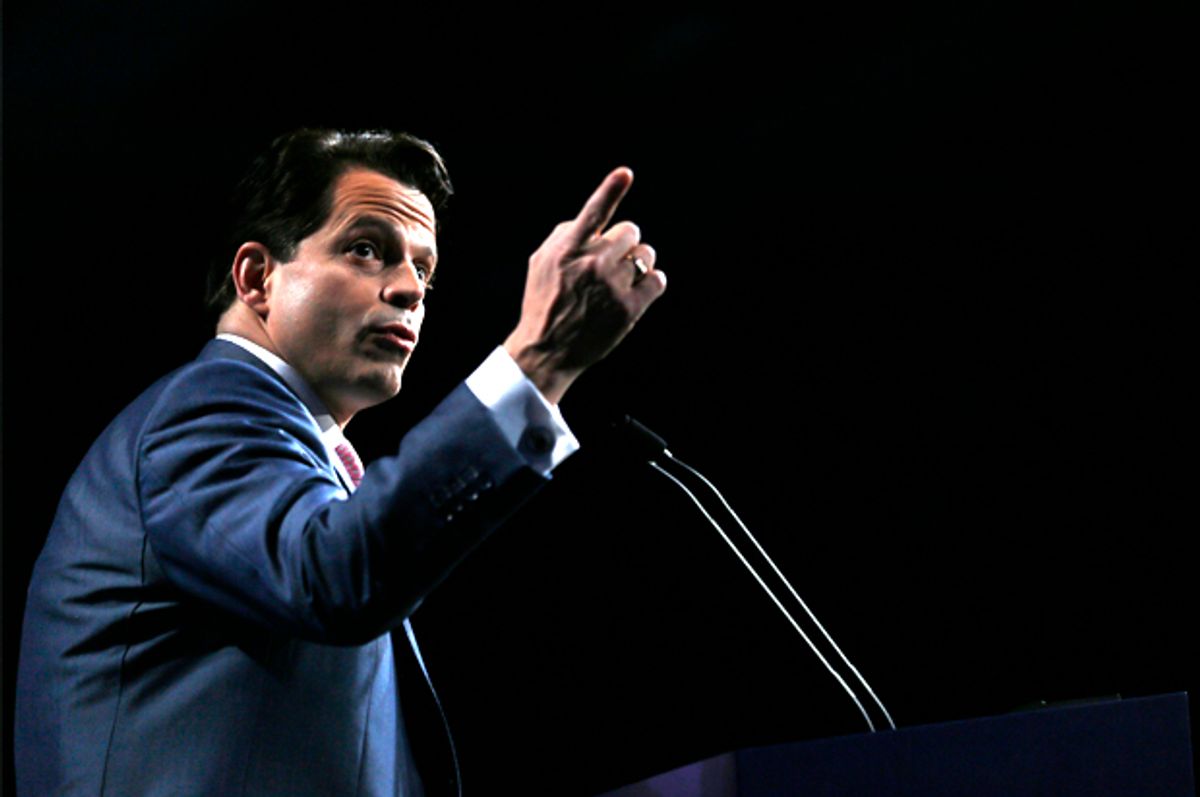 Anthony Scaramucci, the financier who lasted 11 days as the White House communications director before being fired, said the Republican Party may soon need to find a candidate to replace President Donald Trump in 2020.

In an interview with Axios on Sunday, the financier nicknamed "The Mooch," compared the president's performance in the White House to the most notorious nuclear disaster in modern history and issued a stark warning for his former boss.

"We are now in the early episodes of Chernobyl on HBO, where the reactor is melting down and the apparatchiks are trying to figure out whether to cover it up or start the clean-up process," Scaramucci told the news outlet, comparing Trump's presidency to the TV drama about the 1986 nuclear catastrophe in Ukraine.

"A couple more weeks like this, and 'country over party' is going to require the Republicans to replace the top of the ticket in 2020," he added, arguing that if Trump "doesn't reform his behavior, it will not just be me, but many others will be considering helping to find a replacement in 2020."

"Right now, it's an unspeakable thing," he added. "But if he keeps it up, it will no longer be unspeakable. The minute they start speaking of it, it will circulate and be socialized. We can't afford a full nuclear contamination site post 2020."

Scaramucci's comments came a day after Trump took to Twitter to lash out at his former aide, who he claimed "knows very little about me other than the fact that this Administration has probably done more than any other Administration in its first 2 1/2 years of existence."

In response to Trump's jabs, Scaramucci tweeted that while he has "fully supported" the president for the last three years, "recently he has said things that divide the country in a way that is unacceptable."

"Eventually he turns on everyone and soon it will be you and then the entire country," the Mooch added.

Speaking of video showing the president touting his accomplishments and boasting about rally crowd sizes while visiting patients at an El Paso hospital, Scaramucci declared, "The facts are he did not do well on the trip."

"If the trip is being made about him and not the demonstration of compassion, and love, and caring and empathy for those people, then it becomes a catastrophe for him — the administration — and it's also a bad reflection on the country," he continued, theorizing: "Maybe he'll tweet something negative about somebody for saying he didn't do well."

Last month, Scaramucci denounced the president's tweets aimed at four high-profile freshmen lawmakers of color as "racist and unacceptable." He also warned Trump could quickly lose "a glacier of support" for his re-election bid if he refuses to tone down his rhetoric.

"It won't be just me," Scaramucci said. "There will be a very large coalition of people that have worked for him in the past — that are working for him now — that will say, 'That is un-American.'"