What "GLOW" knows about migraines and women's pain 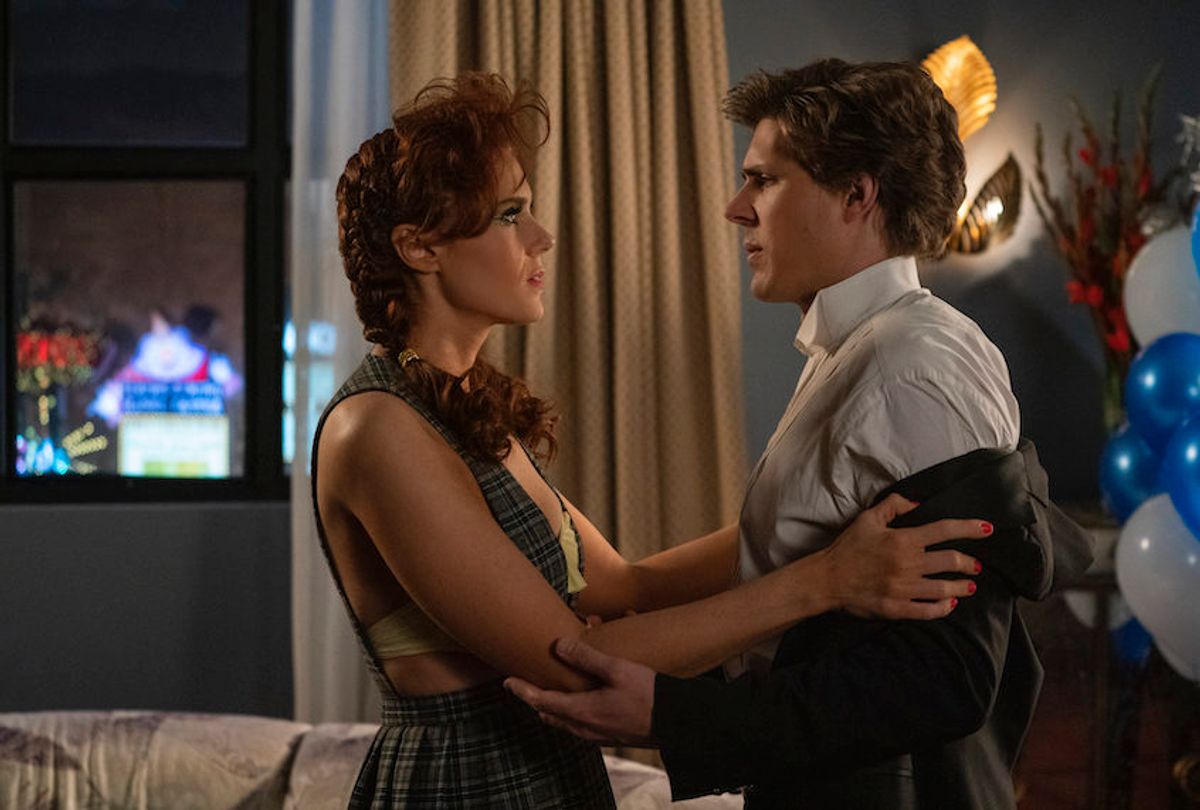 It's a familiar trope of movies and television. A hot male and a female character are unclad and ecstatic in bed. A scene or two later, the woman has come down with a sudden case of the pukes. Her concerned new husband immediately suspects he's about to become a dad. But then she tells him he's out of his mind.

Of the many delights of the Las Vegas-set third season of Netflix's "GLOW" (welcome back, Geena Davis!) one of its most satisfying turned out to be its refreshingly accurate depiction of the commonplace hell that is migraines. After a stunt wedding in the ring, wrestler Rhonda (Kate Nash) and her husband Bash (Chris Lowell) are about to go for scenic drive to the Hoover Dam. But Rhonda doesn't seem enthused about the journey. No sooner have they pulled away than she's telling him to stop, so she can vomit down the door of his expensive car. She presses her fingers to her temple and winces, explaining to the disappointed Bash that she needs to lie down.

He sends the concierge out for "supplies," and brightly returns with a pregnancy test. "At first I thought you were just hungover," explains, "but then I was like, wait a second, she's British and we've been having a lot of sex lately." The ailing Rhonda then quickly educates him about both IUDs ("It's birth control, inside") and the existence of migraines. Nausea inducing, nail-being-driven-into-the-back-of-your-eyeball migraines. It's a feeling I know well, but had never before actually seen dramatized.

This minor plotline unfolds mainly to show just how little Rhonda and Bash are connecting as a couple — there's a long hinted-at reason — but it's also a welcome moment of visibility for a condition that affects millions of people. It also happens to affect three times more women than men. Here's one of the cool things that happens when we have more stories by and about women in mainstream popular culture: We get to see Rhonda, begging for silence, stillness and darkness. And we get to see Bash discovering that his wife is sick to her stomach because a migraine "isn't just bad headaches; it's an actual medical condition."

It is! Yet somehow, people on TV never seem to get them!

A 2007 Chicago Tribune feature on migraines in pop culture noted that in earlier eras, "Movies often used headaches to depict weakness, especially in women," while in the modern age, "Nearly half of movie characters with headaches that he surveyed have a mental illness or other psychological conflict." See? It's all in your head.

The exact causes of migraines are still not entirely known, but there seems to be a hormonal factor — hence the disproportionate gender breakdown in who gets them. Guidelines from Johns Hopkins speculate migraines may be "due to waves of activity by groups of excitable brain cells. These trigger chemicals, such as serotonin, to narrow blood vessels. . . . When serotonin or estrogen levels change, the result for some is a migraine."

The American Migraine Association says that 37 million Americans are affected by migraines and that 113 million work days per year are lost to them. Perhaps the most famous interrupted work day came during Super Bowl 32, when Broncos running back Terrell Davis forgot to take his medication and was sidelined during the second quarter. He returned after halftime and helped bring the team to victory — so take that, brain cells.

On "GLOW," Bash may be a distracted, emotionally distant guy living in 1986, but his confusion reflects a reality that persists — ailments that affect women more remain relatively invisible in the stories we tell. When I got my first migraines, in college, I had no idea what the hell was happening. In the pre-WebMD era, I couldn't just Google "distressing vision loss and a feeling like a good barf would be called for." I had heard of migraines, but like Bash, I thought they were just headaches. It was only years later, when I was regaling a friend with the tale of how I'd recently stumbled blindly out of work with a ringing in my ears, that someone finally told me, "Yeah, you're describing a migraine."

Through trial, error and as-needed prescription medication, I figured out my own common triggers — bright or flashing lights, humidity, sugar on an empty stomach, intense fatigue, high pitched sounds. As someone with good fortune to get the "aura" kind, I can usually sense the hoofbeats when one is coming on and head it off with over the counter Excedrin Migraine and a few sips of regular Coke. It doesn't always work. My older daughter, who's a few "GLOW" episodes ahead of me, told me this weekend after she'd watched Kate Nash's agonized performance, "That is exactly like when you gets them."

It's little wonder the experience was so accurately portrayed on "GLOW." The show's co-executive producer Sascha Rothchild wrote the episode, apparently from experience. In her 2010 memoir "How to Get Divorced by 30: My Misguided Attempt at a Starter Marriage," she writes about dating a guy who steals her medication.

When I read that passage, I found myself nodding sagely and thinking, "Imitrex, my drug of choice in the '90s."

My migraines have never really stopped me from much beyond a few amusement park rides and breakfast pastries. Yet watching a character on a show I love go through one still feels revelatory. It feels real. Real in a way that last year's unfortunate model-centric "migraine pose" Instagram trend assuredly did not. Because pain, especially authentic and female pain, isn't always treated as real.

We're told it's not that bad. We face subtle and not so subtle suggestions that our pain is awfully conveniently timed, or that maybe we're faking it. (I strongly suspect the famed headache of "Not tonight, I have a headache" is a migraine.) We're expected to push through, though periods and pregnancies and menopauses and endometriosis and autoimmune diseases and everything else that women experience exclusively, or differently than men do.

I had been to neurologists and on prescriptions for years, but it wasn't until I started reading my MRI reports that I felt I finally had something tangible that proved the terrain of my brain is indeed "consistent with migraines." And it wasn't until I saw Rhonda vomiting out of a car and curling up in the dark that I saw that part of my own life reflected back like that, recognized as important enough to be part of somebody's story. That's what I imagine other migraine sufferers felt too. It looked like it really hurt. That's what made it feel like such a relief.