"GLOW" returns and evolves: When you get what you were fighting for, what's next?

In a season that teases fresh starts, does that mean we should prepare for this favorite to end? 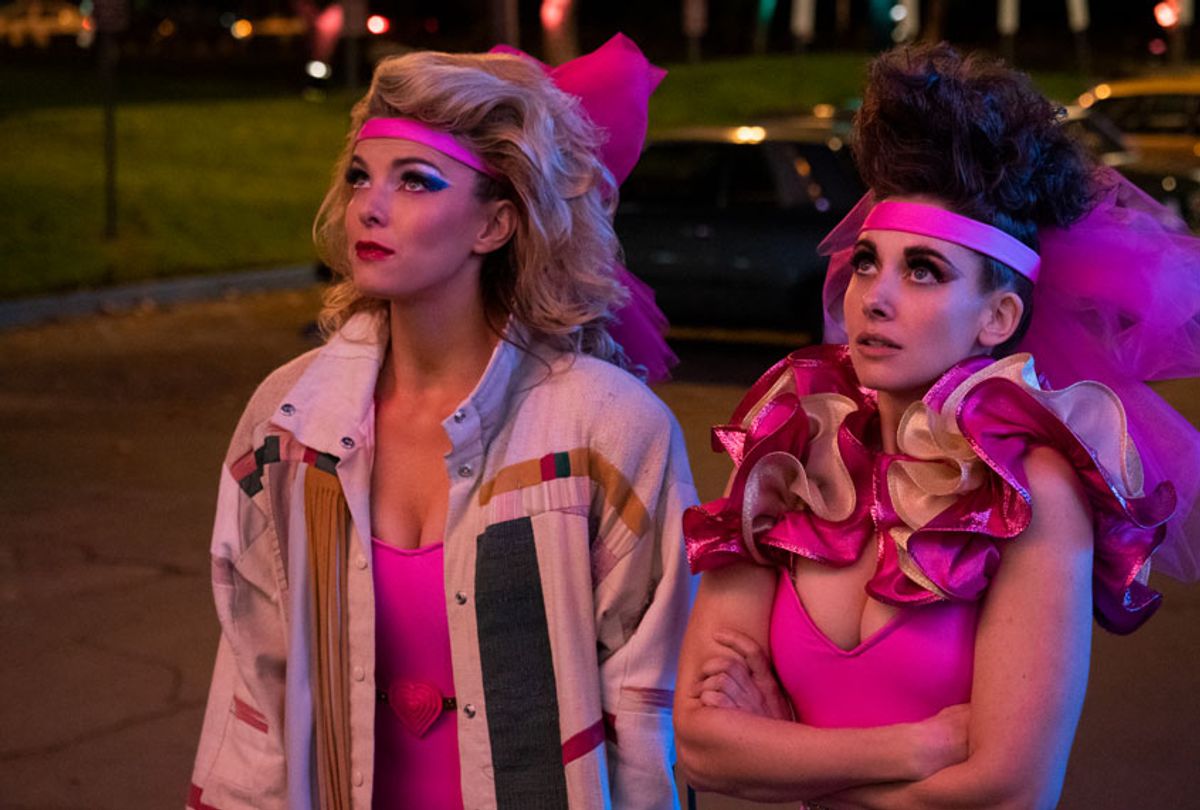 “GLOW” is the kind of endearing spectacle its fans would be wise to hold close yet lightly if they know what’s good for them. This is a realist’s advice, formed from a view of the current landscape at Netflix, and the TV industry generally. The streaming service with a reputation for flooding the landscape with new shows has been on a culling spree lately, and among the series felled in 2019 are eight series by women creators.

One could comfort herself with the fact series executive producer Jenji Kohan likely holds more weight at Netflix than other showrunners, owing to the long and prestigious run of the recently-ended “Orange Is the New Black.” Maybe, at the very least, Netflix will do “GLOW” a solid and give it enough of a run to wrap up in a way that answers the lingering questions left in the newest season finale which, like the rest of the 10-episode third season, is currently streaming on Netflix.

But we’re getting ahead of ourselves here and assuming the worst when, from a quality perspective, there shouldn’t be much of a reason for “GLOW” not to return for a fourth dramatic bout. Admittedly this view also is informed by the season’s overarching and all-important question: What happens when you get what you want, only to realize that desire isn’t everything you thought it would be?

The first two seasons of “GLOW” are all about the fight to be taken seriously, and how that battle plays out in the lives of the series creators Liz Flahive’s and Carly Mensch’s ladies of wrestling. What happens in the ring is scripted and can be changed at a moment’s notice to suit the audience’s desires, but outside of the ring these women have individual needs and desires ranging from in-the-moment survival to long-term conquest.

Transitioning the story from Los Angeles to Las Vegas fundamentally changes the rules of engagement without changing the game itself. Think of this new chapter as the show’s “Fantasy Island” tribute, with a perfectly cast Geena Davis stepping in to the Mr. Roarke role as Sandy Devereaux St. Clair, the gregarious entertainment director of the Fan-Tan Hotel and Casino, which has hired the Gorgeous Ladies of Wrestling for a three-month headliner gig.

No longer do Ruth Wilder (Alison Brie), Debbie Eagan (Betty Gilpin) and Sam Sylvia (Marc Maron)  have to worry about paying bills or feeding themselves. As resident performers at an off-strip casino that simmers with old Vegas appeal, their rooms are paid for and they can help themselves to the endless buffet.  Ruth, the aspiring actress who begins the series with less than $100 in her bank account, has regular paychecks coming in and is co-starring in a stage show beside Debbie, and the pair is getting along. Sam is as grumpy as ever as he contends with unrequited feelings.

Stripped away are the story’s initial obsessions with survival and validation, but in their stead is a clear view from not a mountaintop, but a plateau. Now, sequestered in relative luxury and at a fair distance from their families, each person has the space to confront who they are and where they’re going.

This is the trickery of any story that promises the theme of a fresh start: by definition, in order to kick off something new, one has to cut ties with old ways of being. And in these new episodes, Flahive, Mensch and the writers contend with the various meanings of that idea through the prism of relationships, career goals and — more than anything else — power.

“GLOW” still aspires to be a dramedy about the close-knit relationships between women and the various ways that bumps up against the patriarchy and, closer to home, challenges the men in their lives to re-examine their roles and what it means to be "manly."

More than other seasons, the third puts that test to Bash by confronting him with what it means to actually do the work as a producer and a functional adult. The Vegas episodes also do an admirable job of surfacing with additional clarity the realities of gender discrimination and the bigotry queer performers faced in the 1980s, even in anything-goes Vegas.

The wrestling was always beside the point — metaphor at best, or a device to depict the channeling of anger and the toll rage takes on a body — and in this season some of it is intentionally terrible. But this foregrounds the evolution of the conversations the series processes about motherhood, race and the complexities surrounding slipping in and out of identities we choose, or the ones chosen for us.

The trickiest evolution taken on this season, though, is the very real issue of the ways that in order for a few characters to tangibly seize their own goals and realize their own worth, they still have to rely upon men and, in the process, screw over other women. That’s probably the most painful reality of this turn in the series’ arc, the fact that the enemy of success isn’t settling for good or striving to be great, but refusing to be honest about one’s individual definition of satisfaction.

Naturally as all veteran Netflix series that want to have a prayer of renewal do these days, Season 3 of “GLOW” departs on a cliffhanger that leaves the squad in flux more than the second finale hints. The finale also happens to be a Christmas episode, taking the fullest advantage of all the triggered explosiveness, high drama and glitter that holiday invites. There’s a share of nostalgia in there too, letting us know that if this is indeed our final view into this postcard from the ‘80s — and we hope it isn’t — that this raucous show is, and has been, a real gift.