Don't trash the best part of the melon

When you throw out your honeydew and cantaloupe seeds, you're missing the best part 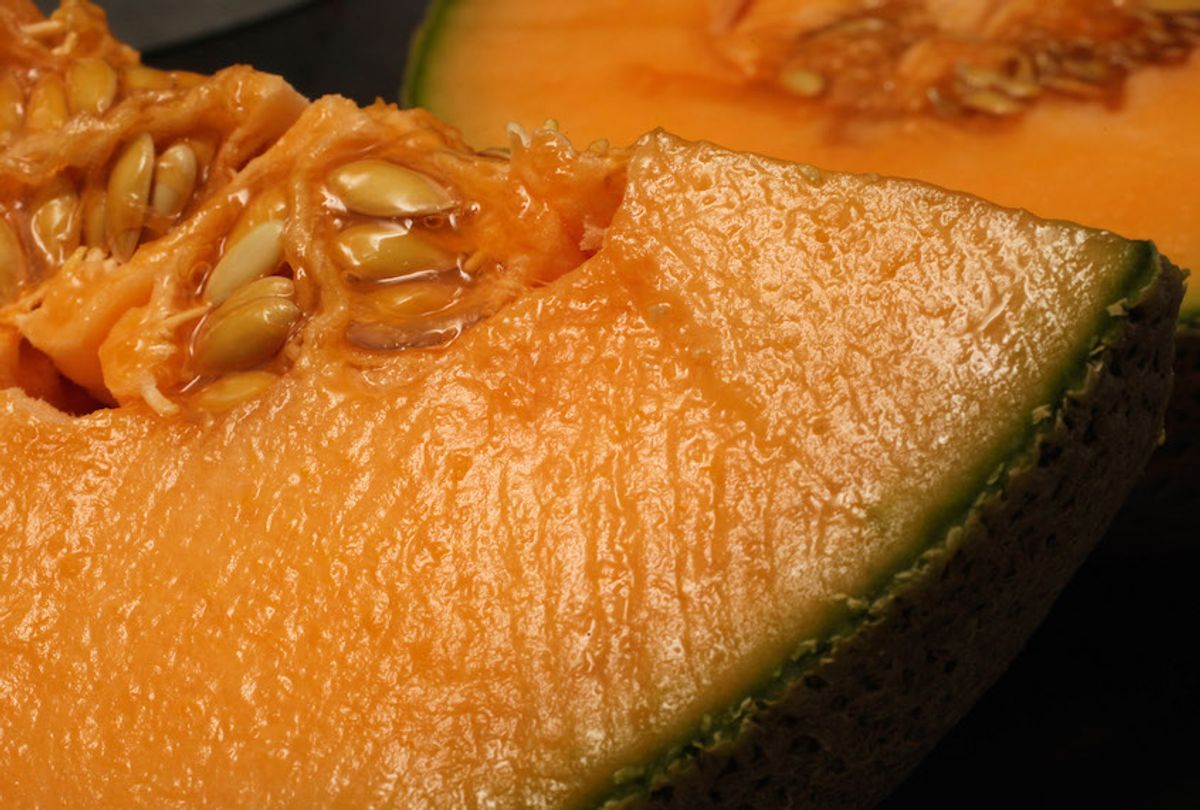 Squash and melons do not seem like fast friends — at least, visually. The former is savory, chewy and often bumpy; the latter sweet and watery. While both squash and melons are generally bulbous, spherical fruits, few people think of a pumpkin or spaghetti squash as a "fruit." Our cultural understanding of the word fruit usually implies something sweet and rich-tasting, though fruit is a scientific term for the seed-bearing object formed from a fertilized flower in flowering plants. (That means that guacamole — being largely avocado, tomatoes, and lemon juice — is technically a fruit salad. Don't @ me.)

But back to melons and squash. These two castes of spherical fruits that grow like bocce balls rolling in the dirt are, it turns out, very closely related. To be taxonomically specific: the Cucurbitaceae family contains all the melons and all the squash under the rainbow, from pumpkins (genus cucurbita) to cucumbers and honeydew (cucumis sativus and cucumis melo, respectively).

Like many genetically similar plants, the same parts of both are edible: the interior flesh, of course, which is what is generally eaten in both cases; the rinds, which are less eaten, although recipes for cooking with, say, watermelon rinds do exist; and most curiously, the seeds.

But while roast pumpkin seeds or other squash seeds are a common autumn harvest delicacy in the U.S. — often a bonus treat after carving a pumpkin — melon season isn't usually associated with seed savoring. When cutting up cantaloupe or honeydew, I was taught to chuck the sticky, squishy mess of seeds into the compost. They seemed like a nuisance, watery and sticky and formless, unlike the flesh of the melon itself.

Moreover, our industrial agriculture and its agents are not fond of melon seeds. Producers don't advertise varietals as having extra seeds, or bigger seeds, or more seeds. There is an ongoing effort to minimize seeds to as great a degree as possible. "Seedless" watermelons, long a holy grail of melon farming, are produced at great technical consternation, by breeding the watermelon from two different plants with mismatched sets of chromosomes in a manner that makes them sterile.

Thank god that "seedless" varietals of squash are not produced. I am a great lover of all of fall and winter squash, and particularly appreciate how squash come with a bonus treat — the gift of their seeds. Last winter, I whiled away the colder months by taste-testing all the different squash seeds after a simple sautéing, then sprinkling with salt and nutritional yeast. Interestingly, butternut squash seeds tended to be the best — better even than pumpkin seeds, despite being smaller and less plentiful. Perhaps that is part of their allure.

This summer, as I was making a fairly standard summer fruit salad — watermelon, cantaloupe, and honeydew, drizzled with limoncello — the thought occurred to me that perhaps I should experiment with roasting the melon seeds. It struck me as something that was low-effort if it went wrong or tasted bad; sautéing only takes 10 minutes, and the only cleaning casualty is a dirty pan. I started with the honeydew, scooping the guts out of the center and dropping them in an enamel cast iron Le Creuset that had been pre-heated with a few globs of now-molten coconut oil.

There was, of course, more water in the pan than squash seeds produce, by virtue of the melon's nature. Coconut oil is more forgiving than other cooking oils when it comes to sautéing watery matter, fortunately, and I didn't get too much hot oil splash-back from the experiment. When the seeds started to look crispy, I removed them from the heat, then set them on a kitchen towel to absorb some of the excess oil. I seasoned them with salt only to get a clear taste of what I had produced.

To my surprise, the seeds were good. Crispy and crunchy like butternut squash seeds, and delicate in flavor, albeit with a slightly caramelized taste that was reminiscent of the honeydew from which they had originated. This intrigued me, and I had a thought I had not had before: what if in removing the excess watery, gloppy bits from the seedy center, I had committed a grave error? If I were to leave those parts in, the seeds in the pan would caramelize in concert with the sugary goop.

I consumed the honeydew seeds in haste and turned to my cantaloupe. Halving it, I pulled out all the internal guts and seeds, taking no care to separate the two, and dropped them in another pre-heated, coconut-oiled pan. This took slightly longer to cook, and some of the matter turned black and carbonized in the pan. But when the seeds looked crispy and started to brown, I took it out and set it on a towel in the same way. I seasoned them with salt again.

What I tasted was perhaps the richest roast seeds I had ever encountered. Imagine pumpkin seeds if they had some caramely, fruity essence within, yet one that was subtle enough that it would mesh well with the savory flavor innate to roasted seeds. It had a similar mouthfeel as kettle corn, but without the sugar rush and subsequent crash.

I did some reading and learned that non-Western cultures have all kinds of variations on roast melon seeds that long predate my random kitchen experiment. Indeed, a Mandarin-English dictionary from 1921 includes the Mandarin term for the verb that means "to roast melon seeds."

Likewise, an article in the August 1915 issue of the now-defunct magazine Table Talk describes the experience of eating in a Chinese restaurant in that year, and the spread that awaited them:

There were plates of roast melon seeds and peanuts, of fresh nuts in sugar; there were sweetmeats of lotus root, which looked like fondants and tasted like the food of the unearthly; there were squares of apricot jelly, hard, watery pears…

Writing for The Kitchn on this very topic (with a tip to try brining seeds first), Emily Han notes that roasted watermelon seeds are common in several Asian and Middle Eastern countries. These easy summer delicacies make a compelling case for skipping the seedless melon varietals every chance we get.