"What is happening today is a far cry from what the framers intended," the former Democratic majority leader writes 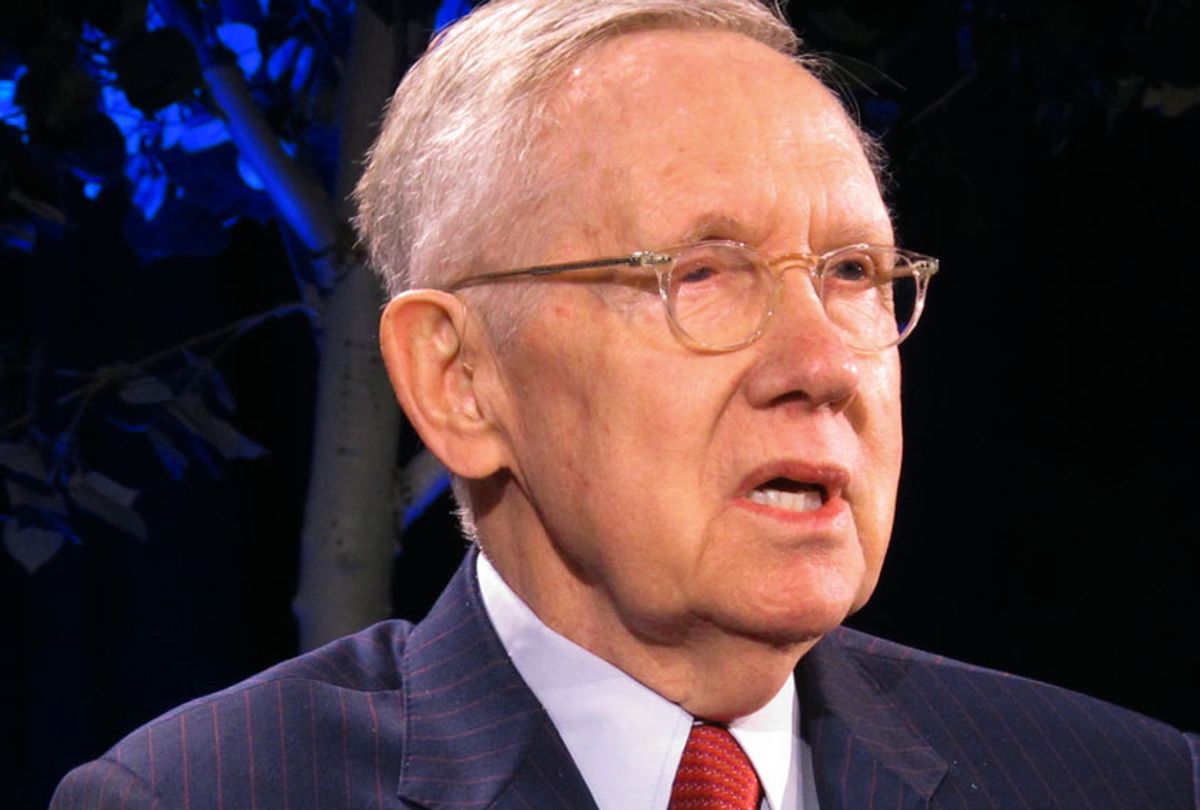 Calling the Senate an "unworkable legislative graveyard," former Senate Majority Leader Harry Reid, D-Nev., has urged for the repeal of the filibuster.

"What is happening today is a far cry from what the framers intended," Reid wrote Monday in a new editorial the New York Times. "They created the Senate as a majority-rule body, where both sides could have their say at length — but at the end of the day, bills would pass or fail on a simple majority vote."

Instead of that principle continuing in the present-day Senate, however, Reid wrote that the upper chamber "has become an unworkable legislative graveyard," his language echoing a recent statement from the current Senate Majority Leader Mitch McConnell, R-Ky..

"Are we going to turn this into a socialist country? Don't assume it cannot happen. If I'm still the majority leader of the Senate, think of me as the 'Grim Reaper.' None of that stuff is going to pass — none of it," McConnell said back in April of Democratic proposals such as the Green New Deal and Medicare for All.

Writing that the filibuster was created in 1917, Reid observed that Republicans who wish to obstruct popular legislation abuse it to thwart virtually every legislative item pursued by Democratic presidents:

The Senate is now a place where the most pressing issues facing our country are disregarded, along with the will of the American people overwhelmingly calling for action. The future of our country is sacrificed at the altar of the filibuster.

Reid also called upon the Democratic presidential candidates to support abolishing the filibuster, writing that it would be effectively impossible for them to pass any legislation on important issues so long as it remains in place. As examples, he cited the need to address man-made climate change, revoking President Donald Trump's family separation policy and passing meaningful gun control legislation.

He also lamented that more was not accomplished during former President Barack Obama's presidency because of the filibuster:

If not for abuse of the filibuster, we would have passed major legislation addressing some of our country’s most pressing issues under President Obama: Millions of undocumented immigrants brought to this country as children would have a pathway to citizenship through the Dream Act; millions of Americans would have a government-run public option as part of health care reform; and the American Jobs Act and the “Buffet Rule” requiring the wealthy pay their fair share of taxes would be law, further strengthening the economy and helping to address the issue of income inequality.

Reid concluded that "the American people elect leaders to address the issues facing our country — not to cower behind arcane parliamentary procedure. This era of obstruction and inaction must come to an end, and I urge our nation’s leaders to join me in calling for the abolition of the filibuster. It’s time for the Senate to start working again."

This is not the first time that Reid has called for abolishing the filibuster. During an interview with The Daily Beast earlier this month, he made it clear that his concern about climate change outweighed his previous emphasis on the importance of maintaining the legislative measure at all costs. It was a noted departure for a man who, as Senate Majority Leader, refused to consider revoking the filibuster for legislation because of his concerns about legislative precedent.

“The answer is yes,” Reid said, when asked if he would scrap the Senate rule requiring 60 votes for legislation if it allowed the party to pass a bill addressing the climate crisis. “[T]he No. 1 priority is climate change. There’s nothing that affects my children, grandchildren, and their children, right now, more than climate.”