Trump's new crackdown on legal immigration: His base loves the cruelty

Stephen Miller keeps tightening the screws on legal immigration. It's inhumane and damaging — but that's the point 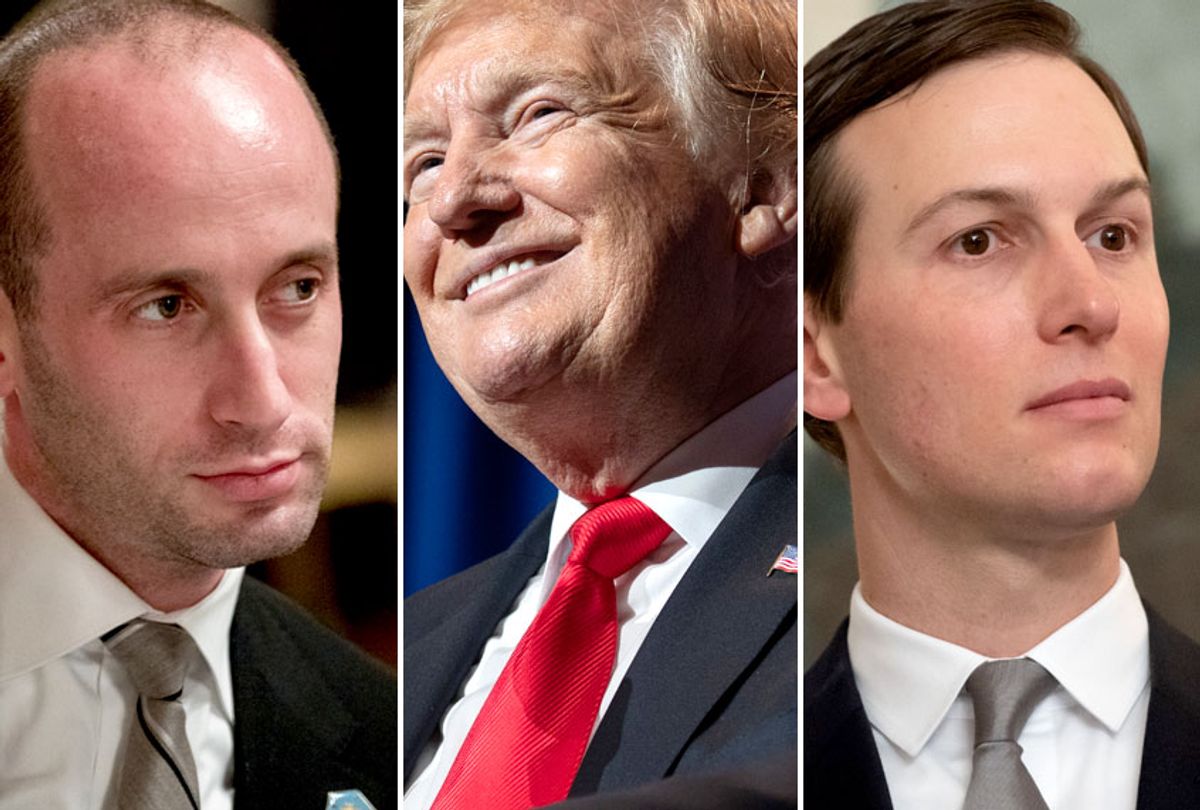 When Democrats dismissed the Fox News-led fear-mongering about "hordes" of undocumented immigrants "invading" the United States from the south as a manufactured crisis, they were pilloried by Republicans and the mainstream media alike for not taking the issue seriously. Hardly anyone demonstrated an understanding of Democrats’ nuanced argument.

Illegal immigration at the U.S.-Mexico border appeared much more substantial precisely because the Trump administration had choked off access to legal ports of entry for many migrants seeking legal access. This was likely a clear strategic move by White House adviser Stephen Miller, deliberately turning otherwise would-be legal asylum seekers into lawbreakers. This campaign worked and activists were left to protest that asylum is a right recognized by international law while children were separated from their parents and shepherded into cages. Trump supporters, meanwhile, grew more obstinate in their opposition to immigrants.

Trump has repeated this strategy over and over again.

The president and his supporters insist that they aren’t against immigration — only, you know, the illegal kind — yet they have systemically hacked away at an already byzantine legal process, making it dramatically more difficult to access legal entry into the U.S. By stripping away at the last remnants of functional immigration policy, the Trump administration makes clear that this was never about the law and only about good old-fashioned xenophobia. Calls for immigrants to come into the U.S. “the right way” or “the legal way” have always been a deflection tactic, used so immigration foes don't have to show their hand.

Trump’s latest crackdown on legal immigration looks like a major win for Miller, the leading immigration opponent in the White House and the architect of most administration policy on the issue. The youthful yet cadaverous adviser has long sought to redefine federal immigration rules as restrictively as possible.

On Monday, for example, the administration announced a change to the Immigration and Nationality Act of 1882 that seeks to reinterpret “public charge,” a term never explicitly defined by Congress that allows the government to deny permanent residency to immigrants who are deemed a financial burden on society. A “public charge” has historically referred to someone who is “primarily dependent on the government for subsistence" based on their receipt of “public cash assistance." Trump’s new rule, set to go into effect in two months although an overwhelming majority of public comments oppose the change, expands the universe of federal assistance programs that could disqualify immigrants, designating use of food stamps, housing assistance and Medicaid as negative factors when evaluating applications for green cards or visas.

"We certainly expect people of any income to be able to stand on their own two feet," said Ken Cuccinelli, acting director of U.S. Citizenship and Immigration Services.  "President Trump has once again delivered on his promise to the American people to enforce long-standing immigration law."

But as the Washington Post reports, the new rule goes beyond disqualifying the destitute and into who is likely to be in need in the future, based on the flimsiest of criteria:

[H]aving “financial liabilities;” having been approved to receive a public benefit, even if the individual has not actually received the benefit; having a low credit score; the absence of private health insurance; the absence of a college degree; not having the English language skills “sufficient to enter the job market;” or having a sponsor who is “unlikely” to provide financial support.

The goal seems to be to make life in the U.S. so unbearable for legal immigrants that they leave the country. More dangerously, some immigrants may choose to opt-out of receiving vital government assistance in the hopes of preserving their immigration status. As California Attorney General Xavier Becerra explained in a statement, “It will harm our communities, schools, and workplaces by weaponizing essential healthcare, housing, and nutrition programs.”

The move comes less than a week after the Trump administration conducted the largest one-day workplace raid in ICE history, sending more than 650 agents to snatch up 680 food factory workers and forcibly remove them from their families, leaving children stranded on the first day of school in many districts. Trump had already granted ICE the power to deputize local law enforcement agencies to start arresting and detaining immigrants on the federal government's behalf, even if local laws or policies — such as those of “sanctuary cities” — explicitly prevent them from doing so.

Earlier this summer, the State Department announced two major changes to the Diversity Immigrant Visa Program, which Trump has repeatedly maligned. The first new rule requires applicants to already hold a passport at the time of application. The second mandates that any typographical error on the application results in immediate disqualification, with no possible appeal. The administration also recently announced the closure of all international offices of the U.S. Citizenship and Immigration Services by the end of the year. Approval of H-1B visas, whose recipients are picked out of a lottery and are usually high-skill tech workers, was down 10% year-over-year in 2018. Trump has also radically restricted the number of refugees admitted to the U.S and imposed a travel ban on several majority-Muslim nations.

This mixed crackdown on both legal and illegal immigration hurts communities and the economy. But it undeniably boosts Trump’s credentials with many of his virulently anti-immigrant supporters, including far-right pundit Ann Coulter, with whom the president seems obsessed. In a recent tweet, Coulter suggested Trump should be criminally charged for employing undocumented immigrants at his many resorts.

The Trump campaign confirmed last week that it would not stop airing ads that use the dehumanizing term “invasion” in touting the president's tough-on-immigration approach, even though that same language was echoed by the El Paso gunman who murdered 22 Latinos last week. Trump’s campaign ran more than 2,000 ads using the term in the lead-up to the massacre. The president long ago made clear that there will be no "pivot" to the center and no fake appeal to the entirety of the nation he’s nominally tasked with leading. He understands as clearly today as he did on the day four years ago that he descended his golden escalator, that his one and only path to victory is to play to the cruelest instincts of the GOP base — and that the way to win them over is with unadulterated hate.