The racist ads have been reached as many as 5.5 million Facebook users, according to a new report 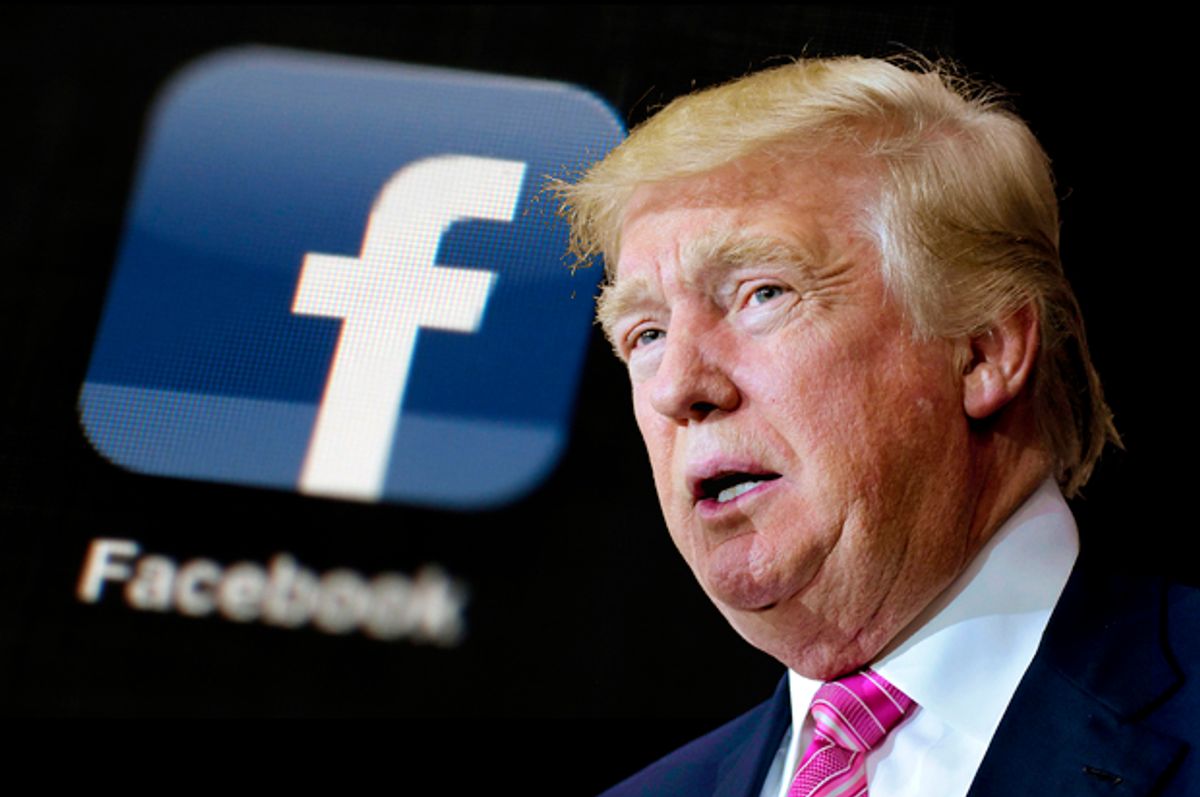 Before a white gunman targeted dozens of Latinos in response to what he believed was an immigrant “invasion," President Donald Trump’s 2020 re-election campaign ran more than 2,000 Facebook ads calling immigration an “invasion."

Although Trump rejected white supremacy after the alleged gunman killed 22 people and injured dozens of others Saturday at a Walmart in El Paso, Texas, the gunman echoed the president's own rhetoric when he announced minutes before the attack that the shooting was a response to the “Hispanic invasion of Texas.”

“The shooter in El Paso posted a manifesto online consumed by racist hate,” Trump said Monday of the dark screed.

In addition to Trump running about 2,200 ads referring to immigration as an “invasion," at least nine other Republicans have run ads on the social network parroting his campaign's message, according to the watch-dog Media Matters for America.

The campaign ran about 1,000 ads between January and February that claimed there was a “true invasion happening” at the border. The ads asked users to take a survey about which border issues concerned them most. The choices included: criminals, MS-13 gang members, sex and drug trafficking and terrorists.

The campaign also ran another 1,100 ads that proclaimed “We have an INVASION!” and asked followers to donate money to build a wall along the U.S.-Mexico border.

The ads have been reached as many as 5.5 million Facebook users, according to the Guardian.

Other prominent Republicans, like Tennessee Sen. Marsha Blackburn, similarly ran ads ahead of the 2018 midterm elections referring to a migrant caravan as an “illegal alien mob marching on our border” and “an invading force that must be stopped.” Another ad claimed that the caravans were an “invading force approaching our southern border.”

The El Paso shooter echoed these talking points in his racist screed, writing that he was “simply defending my country from cultural and ethnic replacement brought on by an invasion.”

The gunman wrote that Democrats were “pandering heavily to the Hispanic voting bloc,” claiming that they intended "to use open borders” to turn Texas into a “Democratic stronghold.”

“At least with Republicans, the process of mass migrations and citizenship can be greatly reduced,” he added.

Democrats “want to replace you, the American voters, with newly amnestied citizens and an ever increasing number of chain migrants,” Ingraham said on her Fox show in October.

Ingraham also claimed that Texas was “completely overrun by this illegal invasion” and “calling it anything but an invasion at this point is just not being honest with people.”

Carlson has similarly claimed that immigration will “change this country completely and forever” and that Democrats want “demographic replacement,” with a “flood of illegals” to create “a flood of voters for them.”

Such language is intended to “dehumanize” immigrants in order to justify the cruel policies undertaken to combat immigration, like putting children in cages and warehousing migrants in inhuman conditions, Jonathan Ryan, the executive director of the Texas-based Refugee and Immigrant Center for Education and Legal Services, told Politico.

“A government cannot commit open, widespread and notorious violations of human rights under both international and domestic law without substantially dehumanizing the people that they’re inflicting the pain upon to desensitize the nation to the injustices or make the injustices appear OK,” he told the news outlet. “The only way to participate in such cruelty is to dehumanize them.”

After this weekend's carnage in El Paso, conservatives complained that they should not be blamed for their barrage of messages fear-mongering about immigrants.

“We’re sick and tired, every time this happens, people that we believe in being blamed for it,” right-wing radio host Rush Limbaugh said on Monday. “We’re sick of it. None of us pulled the trigger. None of us want these things to happen. And yet we turn on the media, and that’s what we hear.”

But despite nearly two dozen people being slaughtered in an attack the shooter himself said was a response to the “Hispanic invasion of Texas,” Fox News went right back to pushing the same dehumanizing language about immigrants on Tuesday.