Rep. Steve King asks if there would "be any population of the world left" without rape or incest 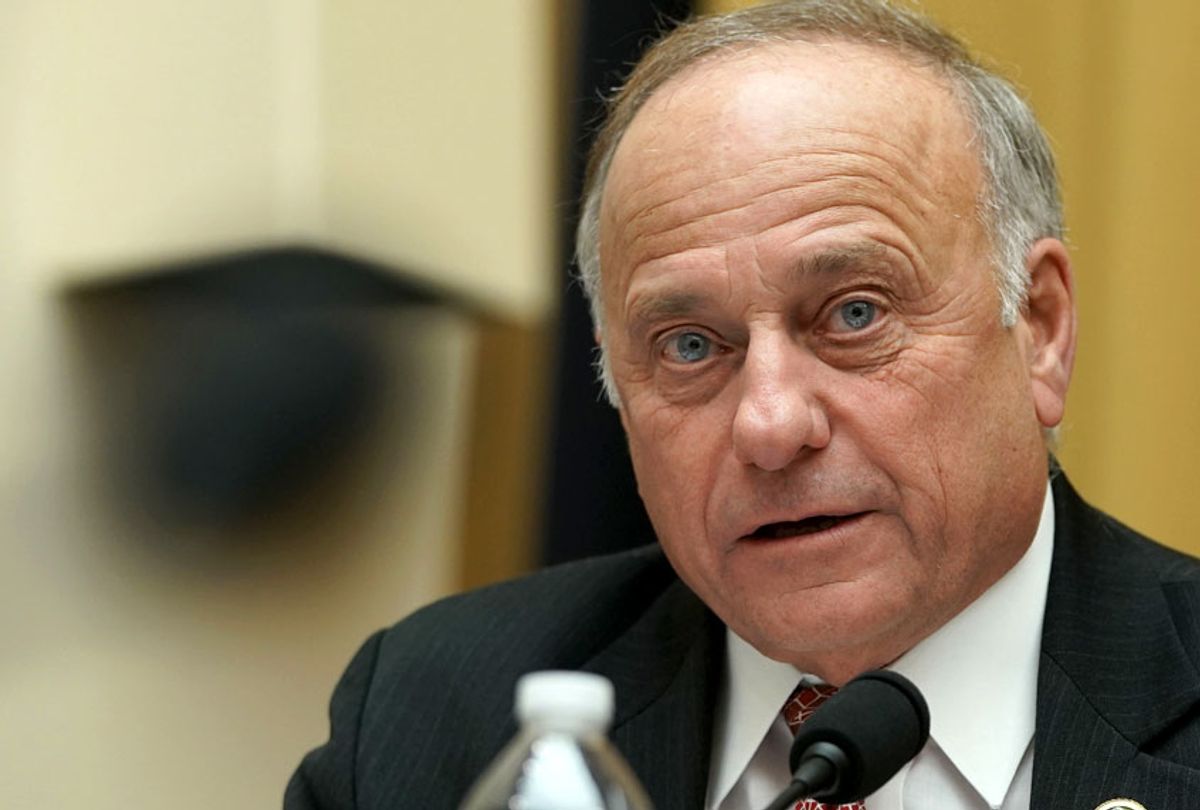 Rep. Steve King, R-Iowa, questioned Wednesday if there would "be any population of the world left" had rape or incest not occurred throughout civilization.

"What if we went back through all the family trees and just pulled out anyone who was a product of rape or incest? Would there be any population of the world left if we did that? Considering all the wars, and all the rapes and pillages that happened throughout all these different nations, I know that I can't say that I was not a part of a product of that," King said at the Westside Conservative Club in Urbandale, Iowa.

King, who does not support abortion, even in the case of rape or incest, argued his position from the perspective of the unborn fetus.

"It's not the baby's fault for the sin of the father or of the mother," he told the audience.

The Republican congressman also defended his controversial New York Times interview from January, in which he suggested in an interview that he did not understand why Americans make such a big deal out of the terms "white nationalist" and "white supremacist."

"People think it was an organic media feeding frenzy, but no, it was orchestrated from the beginning," King falsehood claimed on Wednesday. "They had told me, ‘Heads up before Christmas. They're going to try to drive you out of office and get you to resign.’ Within 24 hours, you had people saying, 'Resign, resign, resign.' Why? Because the New York Times misquoted me.”

King was eventually stripped of his committee assignments amid the fallout from his racist remarks, which were far from his first.

“White nationalist, white supremacist, Western civilization — how did that language become offensive? Why did I sit in classes teaching me about the merits of our history and our civilization?" King asked during the controversial interview.

He later told a town hall event, "If we presume that every culture is equal and has an equal amount to contribute to our civilization, then we're devaluing the contributions of the people that laid the foundation for America, and that's our Founding Fathers."

Although King claims he is not a racist, he once kept a Confederate flag in his congressional office, even though the Confederacy was formed in order to protect the racist institution of slavery. King's home state of Iowa fought for the Union during that conflict, meaning that the flag in his office was waved by individuals who murdered his own state's citizens while committing treason.

King has a long history of making offensive remarks. He once made a homophobic joke that the two female Supreme Court justices appointed by former President Barack Obama, Sonia Sotomayor and Elena Kagan, should elope to Cuba; attacked the National Republican Congressional Committee (NRCC) for backing an LGBTQ candidate; attempted to block adding Harriet Tubman to the $20 bill; and endorsed far-right figures, including Hungarian Prime Minister Victor Orban and Dutch politician Geert Wilders.

King has also bemoaned the possibility of America becoming a majority non-white country, once saying that "I will predict that Hispanics and the blacks will be fighting each other before that happens."