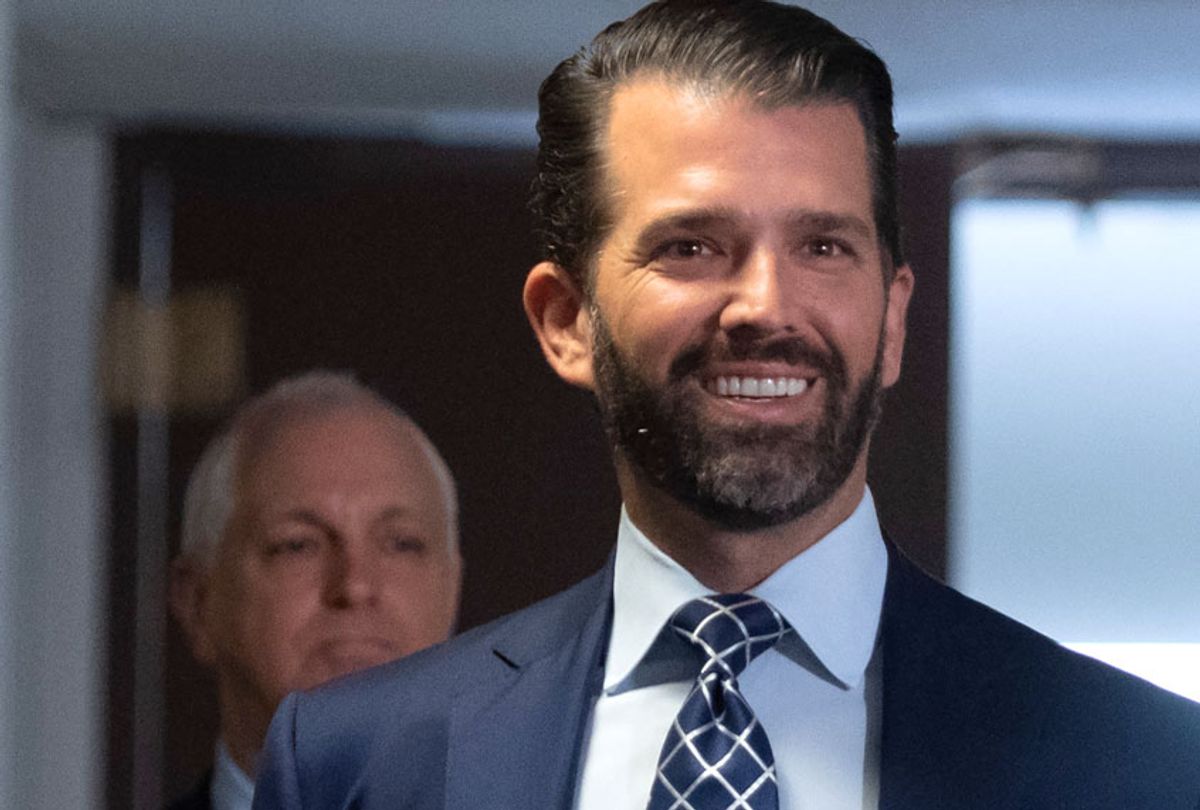 Donald Trump, Jr., arrives to testify before the US Senate Select Committee on Intelligence on Capitol Hill in Washington, DC, June 12, 2019. (Getty/Saul Loeb)
--

New documents obtained by Politico are raising new questions about how the Trump family is using the presidency to enrich itself.

The documents reveal that American taxpayers in 2017 had to foot a $5,700 bill to cover Secret Service expenses at the Trump International Hotel and Tower in Vancouver while Donald Trump Jr. was staying there during a hunting trip to Canada.

This is on top of the $20,000 that the Secret Service spent at the Vancouver Trump hotel when the Trump family attended its grand opening in early 2017, just after the president was inaugurated.

Politico writes that these Secret Service expense reports only give us a tiny snapshot of how much money taxpayers are spending to cover the cost of staying at the president’s own properties.

“There’s no way to determine how much in total the administration is spending because no single entity tracks that money,” the publication explains. “Federal agencies, including the Secret Service, have disclosed some documents in response to public records requests. The president frequents his properties — primarily in Florida, New Jersey and Virginia — visiting them on more than 250 days since he was sworn into office… those visits, too, have led to the government spending money at his properties.”

Rep. Jamie Raskin (D-MD) tells Politico that American taxpayers should not tolerate the president using his office to enrich himself.

“The presidency should not be a money-making operation,” he said. “The president is directing his subordinates in the executive branch of government . . . to stay at Trump properties.”