Donald Trump hired dad of Jeffrey Epstein victim back when they were each other’s "wingmen": report

Further ties between the president and the billionaire financier and registered sex offender, revealed 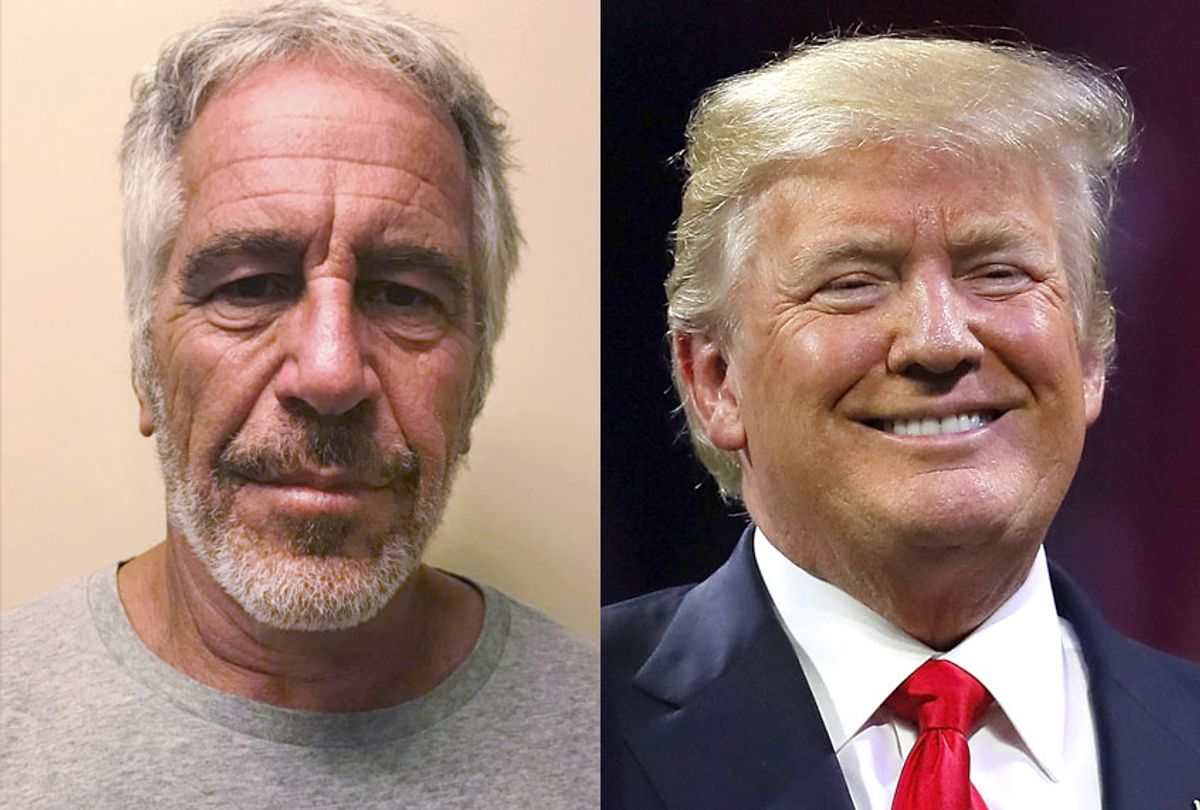 Further ties between President Donald Trump and deceased alleged child sex trafficker Jeffrey Epstein were revealed on Thursday in a bombshell report in the Daily Mail.

“Donald Trump signed a highly complimentary letter of recommendation for the father of one of Jeffrey Epstein’s sex slaves, DailyMail.com can reveal. The president wrote the note for Virginia Roberts’ dad, Sky Roberts in 2003 after he worked at Mar-a-Lago, his Florida estate, as a maintenance man,” the British paper reported.

The paper published a picture of the letter, with Trump’s distinctive signature.

“The document shows another connection between Epstein and Trump who were reportedly each other’s ‘wingmen’. The two partied together in the 1990s and Trump has called Epstein a ‘terrific guy’ but they are believed to have fallen out because Epstein was accused of sexually assaulting a girl at Mar-a-Lago,” the paper noted.

Trump gushes about the victim’s father in the letter, although he apparently misspelled him name.

“Skye (sic) Roberts has been a most valuable employee at The Mar-a-Lago Club since April of 2000,” Trump wrote in the letter dated January 30, 2003. “It is my understanding that Skye (sic) is relocating to Colorado. Should he ever return to Florida, he would be eligible for re-hire.”