Trump boosts possible Lewandowski bid for Senate: A "fantastic guy" who "would be a great senator"

It remains unclear when — and if — Lewandowski plans to mount a challenge to unseat Democratic Sen. Jeanne Shaheen 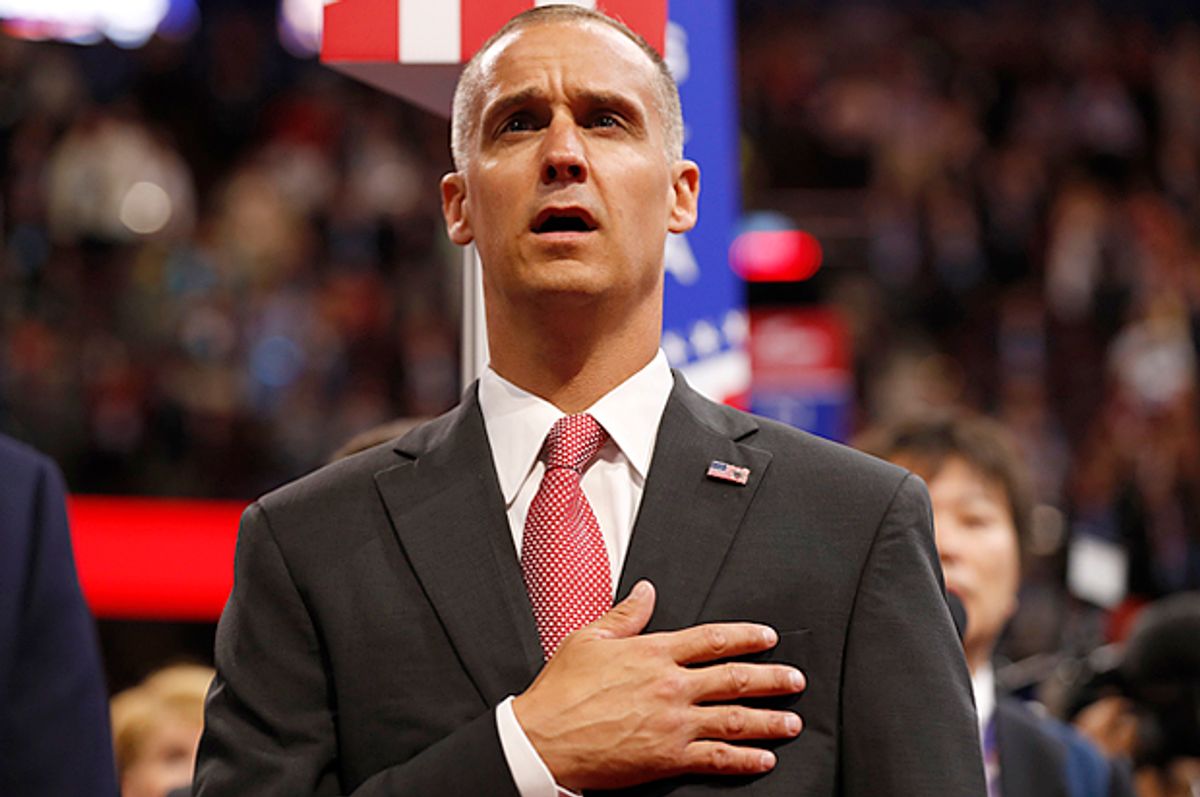 President Donald Trump threw his weight behind a possible Senate run from his former campaign manager, Corey Lewandowski, ahead of an evening campaign rally in New Hampshire.

In a series of Thursday morning tweets, Trump shared a story from the conservative Washington Times stating that Lewandowski would join the president on stage at his "Keep America Great" event in the Granite State.

He also re-tweeted a story from the right-wing publication Breitbart News, calling out the results of a poll showing Lewandowski leading the potential field of Republican challengers looking to unseat incumbent Democratic Sen. Jeanne Shaheen.

Lewandowski, who has been mulling a potential Senate bid in New Hampshire, now appears to have his former boss's blessing. It remains unclear when — and if — the GOP operatives plans to announce a Senate run.

Although Lewandowski never formally joined the Trump administration, he has "remained an influential voice in Trump's ear, serving in his kitchen cabinet of informal outside advisers," according to CNN.

But Lewandowski, an ardent defender of the president, who has developed a reputation as a polarizing figure, has a controversial record that could dim his chances of coming out on top in a general election.

He was charged with battery during the 2016 election cycle after a female reporter attempting to question then-candidate Trump after a news conference accused Lewandowski of grabbing her. Those charges were later dropped by authorities.

Lewandowski was also involved in a testy property dispute with neighbors that began in 2017, and he remarked "womp womp" when he heard about the case of 10-year-old girl with Down Syndrome being separated from her parents at the U.S.-Mexico border as a result of a Trump administration policy.

He was ultimately fired as Trump's campaign manager in June 2016 amid concerns from allies and donors over whether Lewandowski was able to direct a challenge against Democratic presidential nominee Hillary Clinton. He was replaced that August by Republican political operative Paul Manafort, who is currently serving a federal prison sentence.

Former special counsel Robert Mueller revealed in his sweeping report into Russian interference in the 2016 election that Trump asked Lewandowski in June 2017 to direct then-Attorney General Jeff Sessions to curtail the scope of Mueller's investigation. At the time, Lewandowski asked White House official Rick Dearborn to deliver the message to Sessions, but Dearborn never followed through.