#TrumpRecession trending: Will he get the blame for coming economic meltdown?

Donald Trump deregulated Wall Street and signed a massive tax cut for the rich. Now we all face the consequences 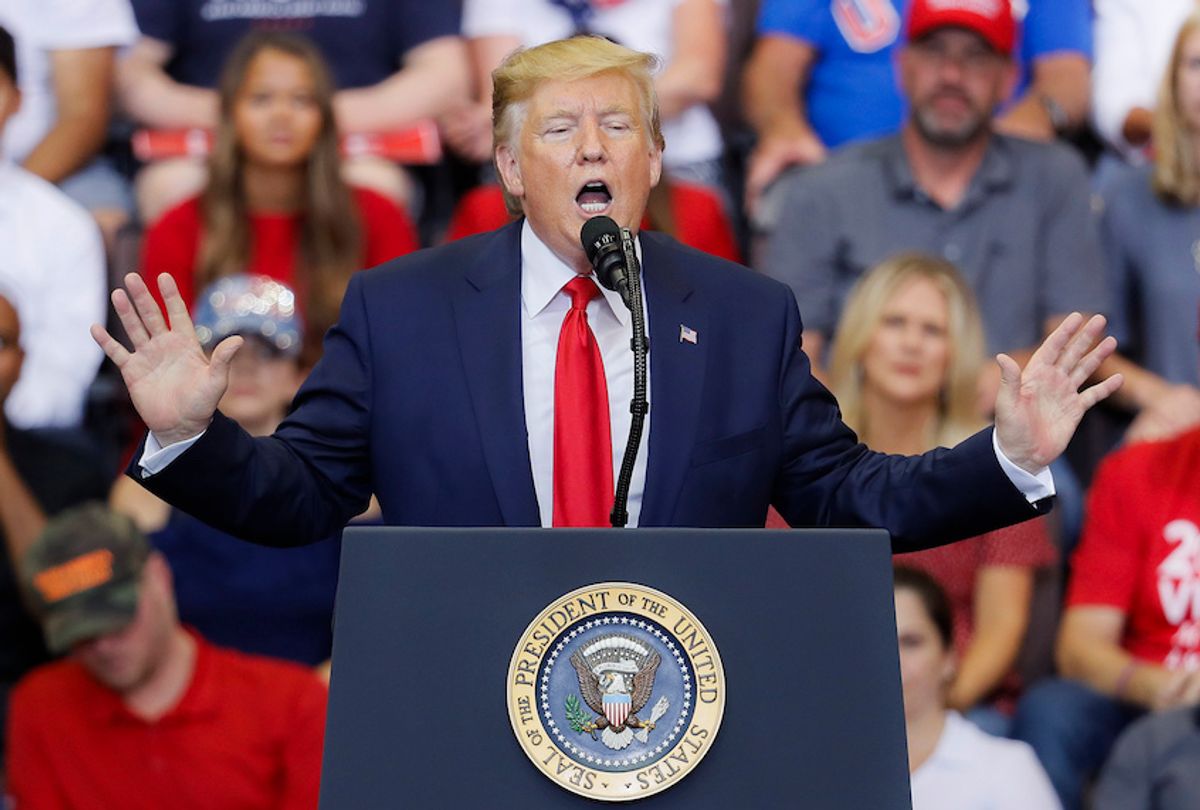 Fears of another financial meltdown in the United States and across the globe sent the hashtag #TrumpRecession to the top of Twitter's trending list on Wednesday as commentators and lawmakers pinned the diving stock market on the president's economic agenda, including his reckless trade war with China.

"Why did the Dow drop over 700 points this morning and why is #TrumpRecession trending? Because the yield on the 10-year Treasury note broke below the 2-year rate," tweeted Rep. Ted Lieu, D-Calif. "This inverted yield curve has historically signaled an approaching recession."

As Common Dreams reported earlier Wednesday, the inverted yield curve — which has predicted every major recession over the past five decades — sparked warnings from economists that a major economic downturn could be just around the corner.

On Twitter, Wajahat Ali, a contributing op-ed writer for the New York Times, rattled off several of Trump's failed promises that preceded fears of another crash.

"Trump promised to eliminate the debt in four years; he increased it," Ali tweeted. "He promised to win the easy trade war with China; he didn't. He promised Mexico would pay for the wall; it won't. His tax cuts were going to trickle down and spur the economy; it didn't. #TrumpRecession."

An anonymous senior White House official insisted to Politico on Wednesday that "there is no recession coming" despite all the warning signs, but economists and other analysts are not nearly as confident.

Chris Rupkey, chief financial economist at MUFG Union Bank, told the Washington Post that "yield curves are all crying timber that a recession is almost a reality, and investors are tripping over themselves to get out of the way."

All Salon The Economy & Innovation