Greenland tells Trump it's open for business — not for sale 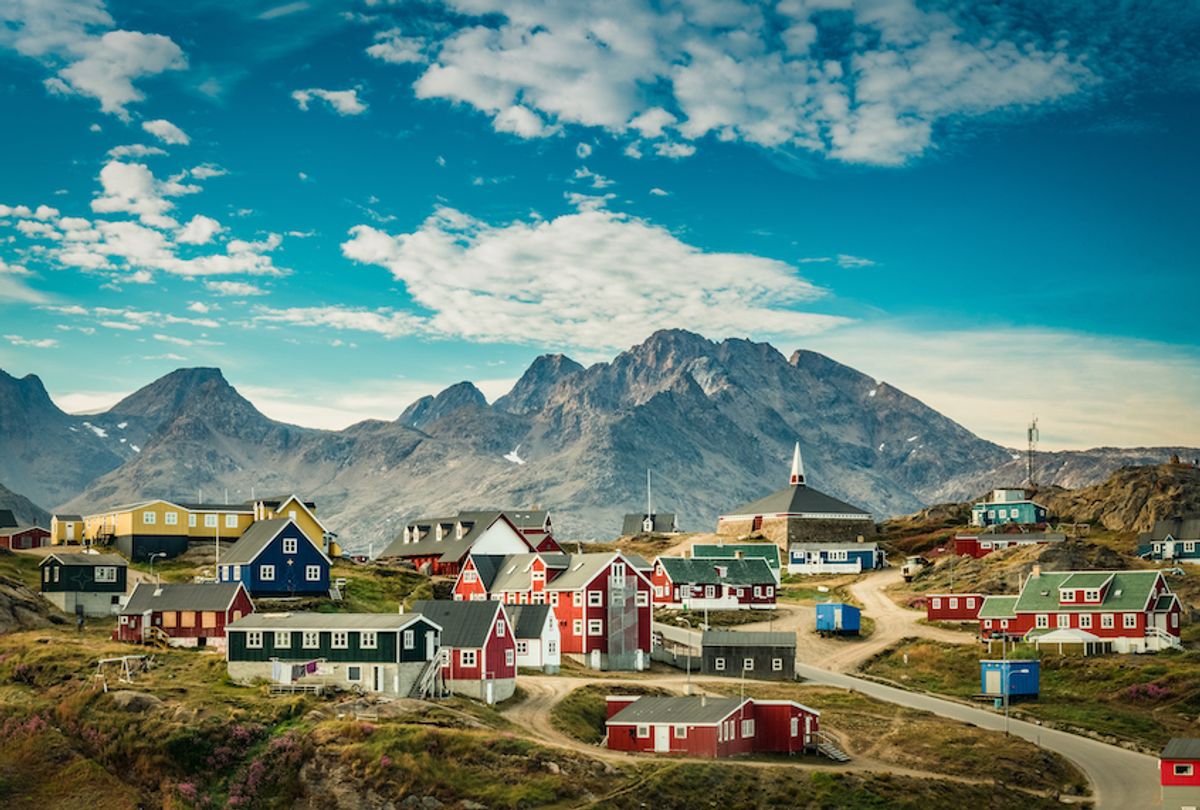 The government of Greenland said Friday that although it is pleased that President Donald Trump has allegedly expressed interest in purchasing the semi-autonomous island, it's not for sale.

The government sought to clarify it wasn't on the market in the wake of news reports that Trump has talked to aides and allies about the possibility of acquiring the icy 836,000 square-mile island in the North Atlantic, which belongs to Denmark and is home to roughly 56,000 people.

"We see it as an expression of greater interest in investing in our country and the possibilities we offer," the government said in a statement. "Of course, Greenland not for sale."

The White House hasn't commented publicly on the reports, and Salon has not independently confirmed that Trump has expressed interested in buying the world's largest island. The Wall Street Journal first reported the news on Thursday.

In one exchange last spring, Trump reportedly told advisers he heard Denmark was having financial problems because of the subsidies it pays to Greenland and floated the possibility of purchasing the island.

"What do you guys think about it?" Trump reportedly asked the room. "Do you think it would work?"

It's unknown if the president is seriously mulling buying Greenland or how much the U.S. would offer for it. Greenland is believed to contain a host of natural resources, including coal and uranium, and the U.S. already houses a military base, part of a U.S. ballistic missile early-warning system.

The U.S. has looked into buying Greenland twice previously — in 1867 and 1946, when President Harry Truman offered $100 million for the territory only to be rebuffed by Denmark.

Greenland's Ministry of Foreign Affairs noted the island was not looking for a buyer.

"Greenland is rich in valuable resources such as minerals, the purest water and ince, fish stocks, seafood, renewable energy and is a new frontier for adventure and tourism," the island's foreign affairs department wrote on Twitter. "We're open for business, not for sale."

Lawmakers in Denmark mocked Trump for asking his aides to look into buying their homeland.

"If he is truly contemplating this, then this is final proof that he has gone mad," Soren Espersen, foreign affairs spokesman for the Danish People’s Party,  told a local broadcaster, per Reuters. "The thought of Denmark selling 50,000 citizens to the United States is completely ridiculous."

Lars Loekke Rasmussen, who served as Denmark's prime minister until June, commented on the reports on social media, tweeting: "It must be an April Fool's Day joke . . . out of season!"

"I am sure a majority in Greenland believes it is better to have a relation to Denmark than the United States, in the long term," another Danish MP, Aaja Chemnitz Larsen, told Reuters. "My immediate thought is 'No, thank you.'"

Greenland's foreign affairs minister,  Ane Lone Bagger, told the news outlet: "We are open for business, but we're not for sale."