The power of "Good Boys," a raunchy pre-teen comedy that's mature for its age

"Good Boys" isn't just laugh-out-loud funny, but it understands boys and has a great message for them 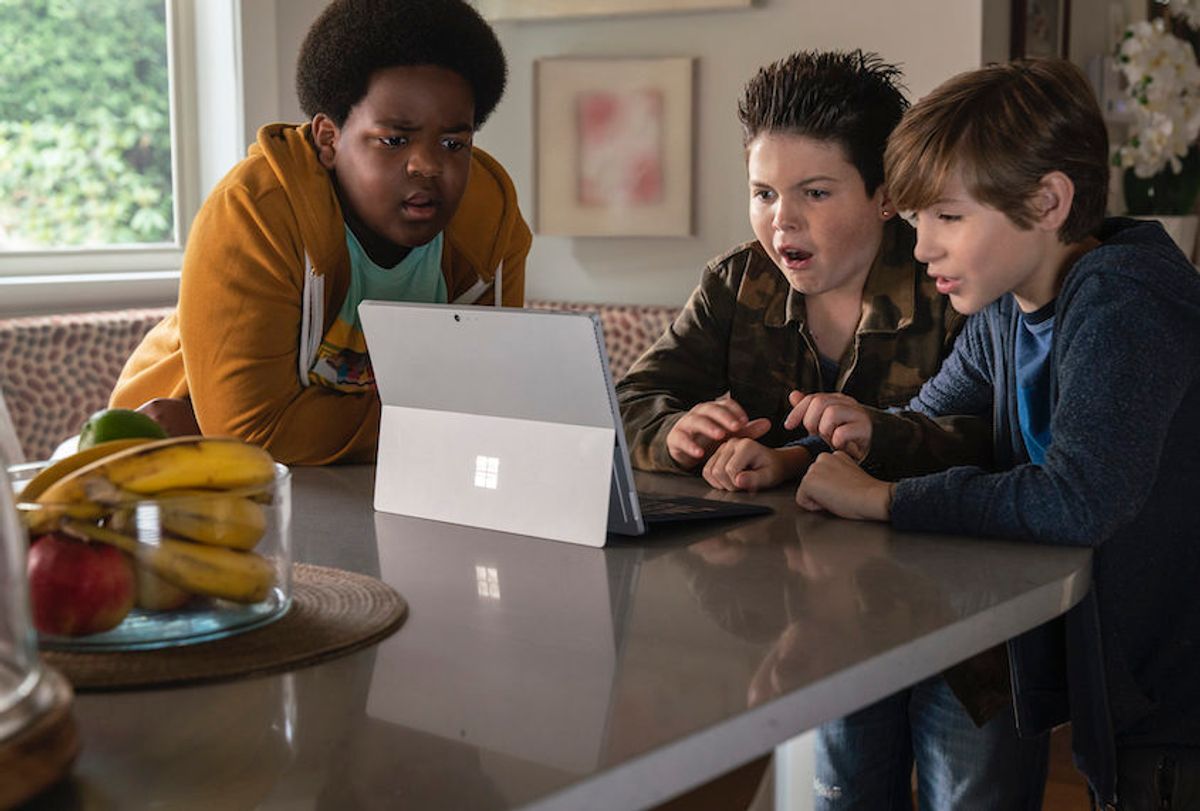 Spoiler alert! This review discusses the plot resolution of "Good Boys," though it does not spoil the jokes

The advertising campaign for the new comedy "Good Boys" includes a running joke in which the three young stars — Jacob Tremblay (Max), Brady Noon (Thor) and Keith L. Williams (Lucas) — are lectured by producer Seth Rogen on how the jokes are so raunchy that it would be inappropriate for them to see their own movie. There are two ironies to this: First, that the intelligence of "Good Boys" lies in its understanding of how 12-year-old boys are much more vulgar than more traditional family-oriented fare wants to admit; and second, that there are mature, sophisticated messages in "Good Boys" which children that age would very much benefit from learning.

The premise of "Good Boys" is straightforward enough: Max wants to go to a big party so that he can kiss a girl who he has a crush on, Brixlee (Millie Davis), but is worried that his kissing technique isn't up to par. After attempts at watching pornography and practicing on a CPR doll don't yield results, he steals his father's drone to spy on his teenage female neighbors Hannah (Molly Gordon) and Lily (Midori Francis), only for them to capture the drone and keep it as punishment. One thing leads to another and soon the boys find themselves in possession of the girls' MDMA, leading to a battle between the two groups of friends. Amidst all this drama Thor struggles with being bullied for his reluctance to drink beer and love of singing and Keith is forced to deal with the trauma of his parents' divorce and overall desire to be better behaved than his two chums.

The main strength of "Good Boys" is that its jokes, while derived from outrageous situations, work because the characters react in realistic ways. Take the conflict between the three main characters and Hannah and Lily. In a lesser comedy the two teenage girls would either be villains or eventual allies of the boys, but here their reactions are more grounded. They are going through their own personal dramas and simply wanted to spend a night enjoying each other's friendship with some mood-altering substances. When they learned a trio of pre-teen nitwits were spying on them, they decided to temporarily capture the drone to teach them a lesson; things only got serious when they realized the boy had their drugs, at which point they understandably freaked out. As a result, when they go to increasingly comical lengths to get their drugs back, it isn't because they are two-dimensional characters who exist to either antagonize our heroes or serve as some kind of ultimate prize to be won. They are fleshed out people who have their own problems and lives, and their actions are funnier because we can empathize with how they feel and see the internal logic in what they're doing and why.

The film's real strength, of course, is in how it handles stories of the three main characters. Be warned: Plot spoilers follow, although I wouldn't dare spoil any of the movie's jokes.

By the standards of most coming-of-age comedies, the ending of "Good Boys" could be better classified as bittersweet rather than outright happy. While Max does get to kiss the girl of his dreams, the last act includes a montage in which we learn that she eventually breaks up with him, and that the next girl he dates does likewise (there is a clever and humorous payoff to those otherwise upsetting developments). Although Lucas learns self-respect by joining a coalition of fellow students who oppose bullying, he isn't able to suddenly get his parents to reconcile from their divorce (a hoary cop out that I was secretly worried the movie would use to resolve his conflict). And Thor, although able to finally impress the cool kids by drinking four sips of beer, doesn't join them but instead leaves his friend groups altogether by embracing his passion and talent for singing.

Perhaps most notably, the story doesn't end with the three main characters maintaining their extremely close friend group forever. Instead they split up, with Max becoming part of the popular circle, Thor joining the theater nerds and Lucas embracing his inner goodie two-shoes. In the film's final scene, they recognize how much their friendship meant to each other and vow to be there for one another during the big moments in their lives, but also accept that they've grown apart. This, of course, is a far more realistic outcome than you see in most films from this genre: They like to show childhood and teenage friends remaining together forever, always inseparable, an outcome that happens occasionally in real-life but not as often as these pop culture narratives would have us believe.

It also should be noted that this is a raunchy sex comedy that goes out of its way to show respect toward women. One subplot with Lucas involves his disgust with how his peers will resort to misogynistic language; Max from the beginning clearly understands the importance of obtaining Brixlee's consent, and his growing lust for women is never used as an excuse for the filmmakers to objectify them; and the type of character who would normally be depicted as the cool hero — the "nice guy" frat boy who sells drugs — is instead viewed as a pathetic lowlife who eventually gets his comeuppance.

If all of this analysis makes "Good Boys" seem like a serious movie, rest assured that it is indeed quite funny. At the same time, there is a genuine sweetness and intelligence in "Good Boys" that is commendable. It certainly earns its R-rating but, like the main characters, it is unlikely that its "adults only" label will deter younger people from trying to sneak around the rules and check it out. This time, though, the forbidden fruit will actually be quite healthy for them.