Blue Texas, at last? Maybe — but the real fight isn't for the White House

After big wins in 2018, Democrats could flip the Texas state house — and that could reshape the national map 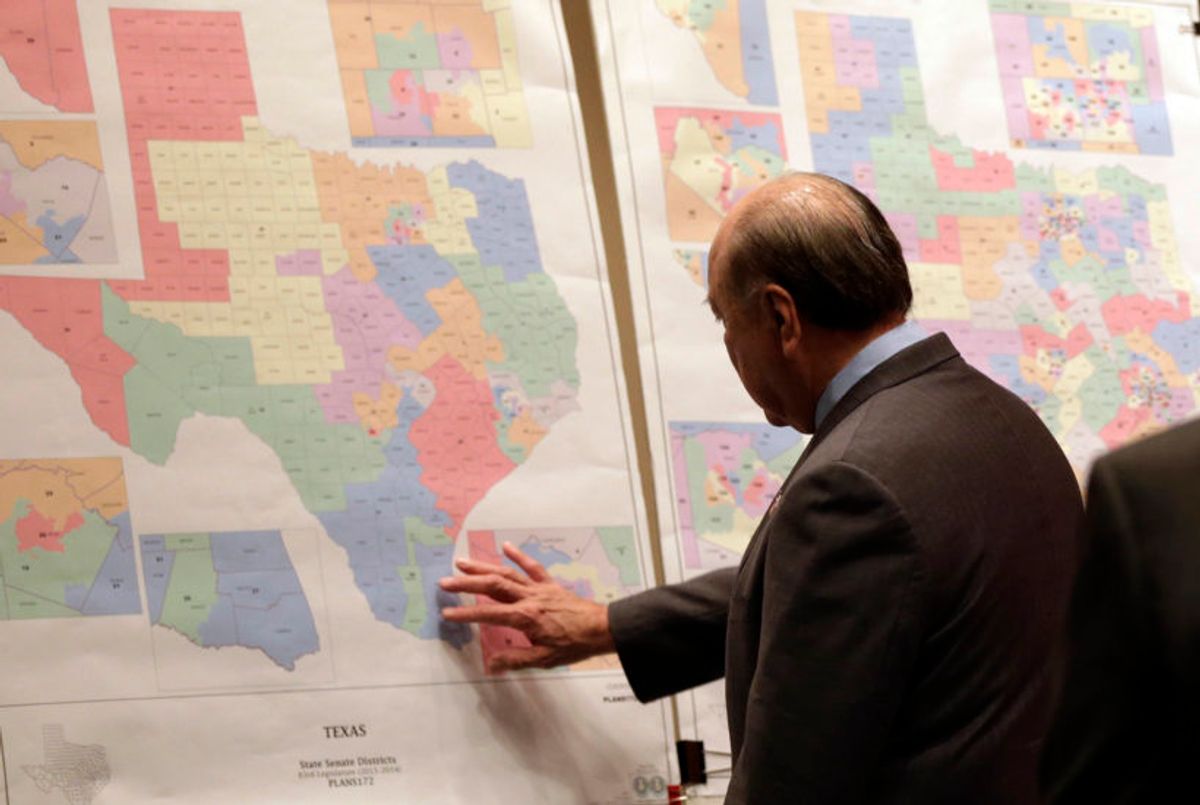 Blue Texas? Democrats have long dreamt of winning Texas’s 38 electoral votes in the presidential election. That may still be a long shot, but a recent “Texodus” from Congress has given new talk to a political transformation across the Lone Star State that could have massive ramifications down the ballot and for decades to come.

Four of the state’s GOP members of Congress have announced their retirements in recent weeks, an unusual torrent of departures signaling that a storm is coming. And evidence shows that it’s not just hitting Texas’s federal delegation. It’s coming to Austin, too.

For the first time in two decades, the state’s House of Representatives could flip control.

As recently as 2011, Republicans held a 101-49 supermajority in that body. But that advantage has been cut significantly in recent elections. Today, the legislature is split 83-67. That’s right: Republicans have lost 18 house seats this decade.

Six Texas state house seats flipped blue in 2016, even as Donald Trump defeated Hillary Clinton. Another dozen followed in 2018, as the suburbs of Dallas, Houston and Austin grew more diverse and college-educated women turned decisively against the GOP.

Democrats now need only 9 more seats to win the majority. And make no mistake, they have a path to get there.

In addition to winning those 12 seats in 2018, Democrats came within single digits in another 17 districts. Beto O’Rourke actually carried nine of those districts in his U.S. Senate battle against Ted Cruz. All of them mirror the suburban seats where Democrats saw such success in 2018.

What else do these districts all have in common? Republican legislative candidates had a significant fundraising advantage in each district over their Democratic challengers, sometimes even by 20 to 1.

Imagine if Democrats in those districts had competed on a more level playing field. While we can’t go back in time, it’s not too late for 2020.

Flipping the state house would have huge implications not only for Texas; it would transform the national electoral landscape.  Under solid Republican control for two decades, the state has become a hotbed of partisan and racial gerrymandering, as well as a laboratory for unjust voter suppression tactics.

The GOP has shown it will stop at nothing to cement their grip on power.  Republican legislators crafted a photo ID law, which among other restrictions, allowed handgun licenses but not student ID cards as acceptable identification at the polls; a federal judge later ruled the legislature’s actions were discriminatory.

The former Republican secretary of state attempted to purge nearly 100,000 voters from the rolls. A GOP judge sentenced an African American grandmother to five years in prison because she cast a provisional ballot while on parole. (She did not know she was ineligible to vote, and her provisional ballot was never counted.)

A Democratic victory here would help stop further Republican efforts to suppress the vote, and it would give the party a seat at the table when the next congressional and legislative maps are drawn — ones that will likely persist through 2032.

Republicans are already exploring ways to rig the mapmaking process in their favor, including by rewriting the rules to exclude minors and non-citizens when calculating district sizes — a move one high profile strategist called “advantageous to Republicans and non-Hispanic whites” in a newly discovered memo.

That makes it even more critical for Democrats to have a seat at the table and ensure a fair redistricting process, and end the GOP’s extreme gerrymandering. Split legislative control would force both sides to compromise on fair maps — or risk sending the congressional map into the courts.

Texas’ 36-member congressional delegation is the second largest in the nation, and is predicted to grow by another three seats after the next census.

Just how extreme has the GOP mapmaking been? Travis County, home to Austin, voted for Hillary Clinton over Donald Trump by nearly 39 points (66.3 to 27.4 percent), yet has been carved into six separate congressional districts — represented in Congress by five Republicans and one Democrat.

So it’s now or never. Win these nine seats in the state legislature, and win fair representation in the nation’s second largest state. Lose, and it could be another 20 or 30 years before Democrats have this chance again.

Democrats are understandably excited — and anxious — about the prospects of winning back the White House. But our democracy is going to be won or lost in 2020 at the state legislative level, in local races like these handful of suburban districts in Texas.

Republicans have understood this for decades.  It’s time for Democrats to fight back.