Pete Buttigieg: Voting for Trump in 2020 means "looking the other way on racism" 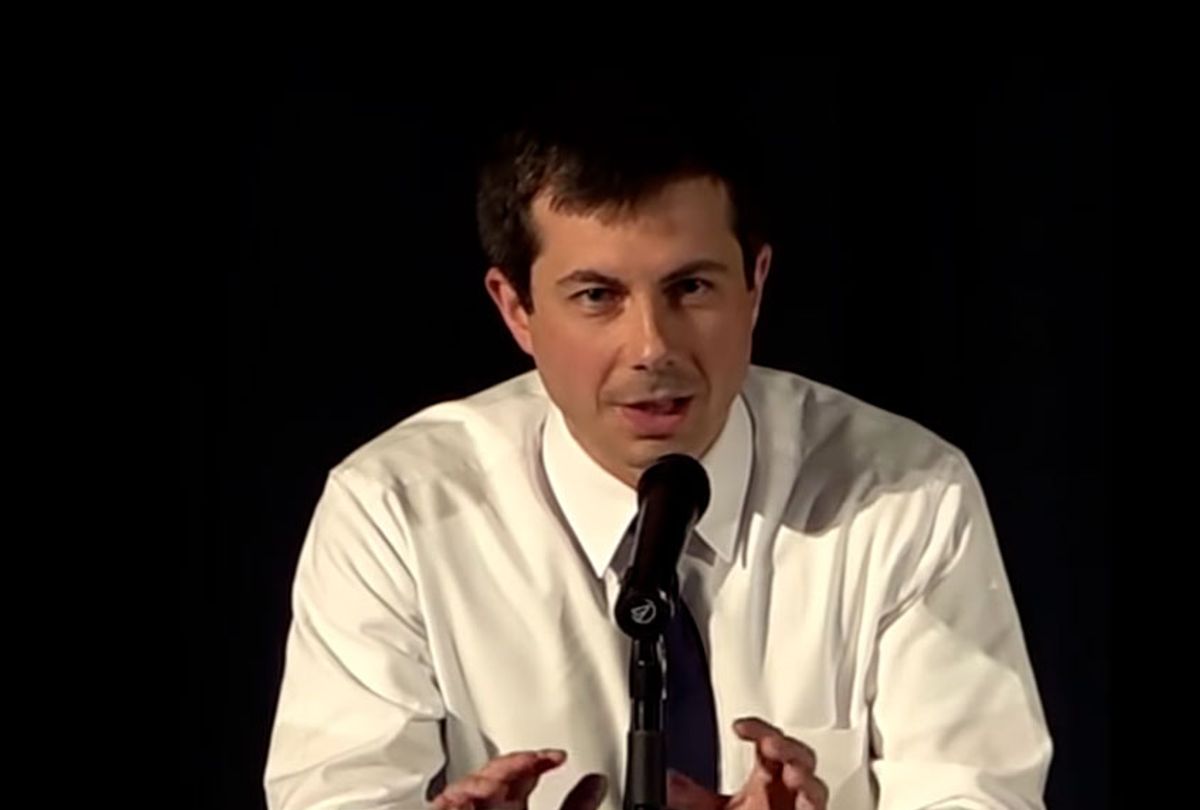 Pete Buttigieg, the mayor of South Bend, Indiana who is running for president in 2020, told CNN's Jake Tapper on Sunday that voting for President Donald Trump means "looking the other way on racism."

"You told me on this show two weeks ago that you believe President Trump is a white nationalist. Given that, do you think that it's a racist act to cast a vote for President Trump in 2020?" Tapper asked Buttigieg.

"Well at best it means looking the other way on racism," Buttigieg replied. "But I think a lot of people are wondering what kind of deal even that is supposed to be. I mean you look at what he said in that rally: 'You've got no choice but to vote for me.' And if you look at the numbers, basically what he's saying is: 'All right I want you to look the other way on the racism, tolerate the negativity, accept the instability of my administration, because I am going to deliver for you job growth almost as good as the [President Barack] Obama years.' That's what his argument amounts to right now and it's part of the reason why he's unpopular."

The South Bend mayor also attacked the president's economic record, arguing that "we probably are" heading toward an economic downturn and that the president's trade war with China had failed.

"Well we have a lot of different forms of leverage in the relationship, but it's also a fool's errand to think you're going to be able to get China to change the fundamentals of their economic model by poking them in the eye with some tariffs," Buttigieg told Tapper, referring to comments made earlier in "State of the Union" by Director of Trade and Manufacturing Policy Peter Navarro. "And by the way, despite all of the noise from that previous interview, there are some basic facts here that you can't escape, and one of them is that American farmers are getting killed."

After discussing conversations he had had with Iowa farmers about the deleterious impact of Trump's trade war on their livelihoods, Buttigieg emphasized that he thought the president's policies had failed.

"The president has said repeatedly that he is on the cusp of getting a deal. The president has failed to deliver a deal," Buttigieg told Tapper. "And I expect he will continue to do so, and in the meantime we are paying the costs of these tariffs. We're going to see even more in the prices of consumer goods. The president is apparently aware of this, because he said he's going to delay them until Christmas. What are we supposed to do after Christmas? There is clearly no strategy for dealing with the trade war in a way that will actually lead to results for American farmers or consumers."

Buttigieg has repeatedly been listed among the top Democrats seeking the party's presidential nomination in 2020, although his numbers have consistently been lower than those of former Vice President Joe Biden and Sens. Elizabeth Warren of Massachusetts and Bernie Sanders of Vermont.